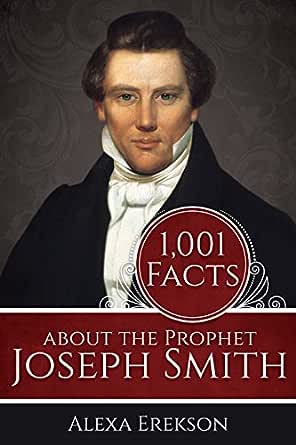 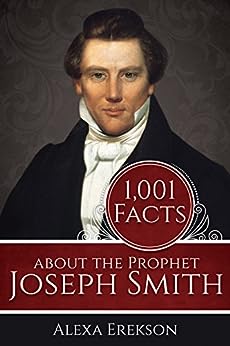 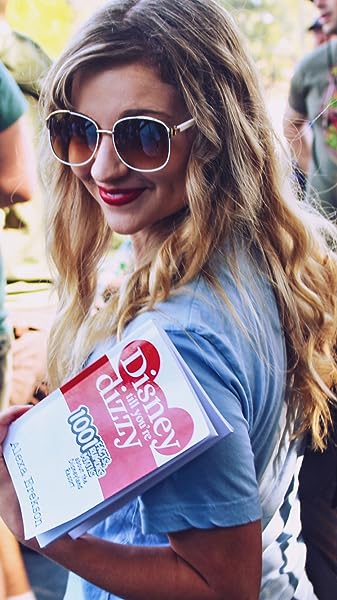 Did you know?
*The leg operation performed on Joseph Smith in 1813 when he was seven years old would not be completed successfully on another patient until the 1900s.
*Joseph actually shared a room with his siblings the night that Angel Moroni visited him, but they all slept through it.
*Joseph had a bulldog named Baker and a white mastiff named Major.
*Joseph Smith announced his candidacy for the President of the United States of America in 1844.
*Some men in Missouri once offered a cash reward of $1,000 to the man who would bring them Joseph Smith's scalp.
*His last letter was written to his wife Emma, just nine hours before he died.
From his birth to his martyrdom, this comprehensive, easy-to-read history shares little-known facts that will let you see the Prophet Joseph in a whole new light! Taken entirely from firsthand accounts, these fascinating stories will take you back to Joseph's childhood, the highs and lows of the formative years of the Church, and the legacy of faith he left behind. --This text refers to the paperback edition.

Amazon Customer
5.0 out of 5 stars Fun to flip through or read cover to cover!
Reviewed in the United States on June 12, 2018
Verified Purchase
Full of information! You can start at the beginning or anywhere you please. Lots of thought and prayers, I'm sure, went into this publication. Great for trivia as each excerpt can stand alone.
Read more
2 people found this helpful
Helpful
Comment Report abuse

Amazon Customer
5.0 out of 5 stars good information I did not know previously
Reviewed in the United States on July 9, 2018
Verified Purchase
Very well written, good information I did not know previously. There are a lot of facts here that current LDS members can learn from and those that might be interested in learning the truth can get it here.
Read more
2 people found this helpful
Helpful
Comment Report abuse

Amazon Customer
5.0 out of 5 stars Easy read
Reviewed in the United States on August 18, 2018
Verified Purchase
I don't normally like to read but this book was enjoyable. It was great to get to know Joseph Smith and other facts surrounding the family and Church.
Read more
2 people found this helpful
Helpful
Comment Report abuse

DaLane R. Miller
5.0 out of 5 stars That Joseph Smith is truly a prophet of God in this dispensation.
Reviewed in the United States on September 17, 2018
Verified Purchase
I loved reading this book. Very interesting and easy to understand. Learned so much about him.
Read more
One person found this helpful
Helpful
Comment Report abuse

My Book A Day
5.0 out of 5 stars Loved this book, full of interesting facts!
Reviewed in the United States on June 21, 2018
Joseph Smith is one of my very favorite characters from history. I’ve been in so many of the same places he was and been able to feel the truth of what he said happened there. He’s one of the people from history that I would love to go back and meet. He lived such an interesting life. It ended too soon and in such a horrible way.

1001 Facts about the Prophet Joseph Smith is well-written. It’s amazing the amount of research that the author would have had to do to find all of the facts that she did about every aspect of his life. I loved the way the author had the facts organized into different sections about everything. The sections include Joseph’s family, his growing up years, as well as things about the Church of Jesus Christ of Latter Day Saints during different eras.

I loved this book. Reading about the Prophet Joseph Smith, his life and everything about him is one of my favorite things.

Renaissance-Gal
3.0 out of 5 stars Probably best for teenagers, not adults who are looking for a little more substance.
Reviewed in the United States on September 11, 2018
These "facts" are often just stories broken up into smaller segments, which disappointed me a little. Also, the writing style is a too informal for me -- it is very conversational, which may appeal to younger readers, but it lacks the vocabulary and sentence structure/complexity of Mormon scholars. Teenagers would probably love it.
Read more
2 people found this helpful
Helpful
Comment Report abuse

Michael James Fitzgerald
5.0 out of 5 stars I love this book!
Reviewed in the United States on September 6, 2018
I learned a lot of new things about the Prophet Joseph in this wonderful volume. The author taught me many things that I didn't know or hadn't remembered. My love and understanding for Joseph Smith has grown. Alexa Erekson wrote this book with passion and it shows. This is a great read for faithful Latter-day Saints and for those who sincerely want to know the truth about Joseph.
Read more
One person found this helpful
Helpful
Comment Report abuse
See all reviews from the United States