100 Things to See in the Night Sky and millions of other books are available for Amazon Kindle. Learn more
Share <Embed> 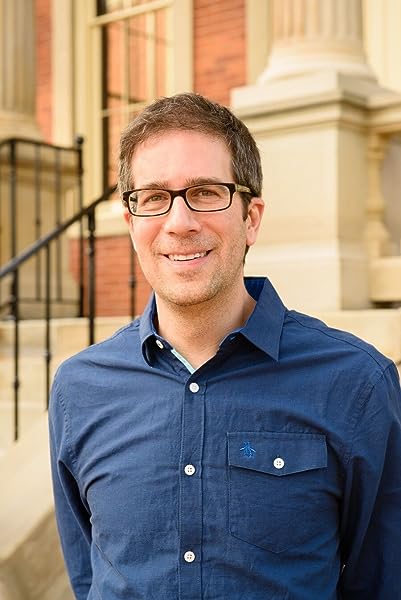 100 Things to See in the Night Sky: From Planets and Satellites to Meteors and Constellations, Your Guide to Stargazing Paperback – Illustrated, November 28, 2017

Enjoy a great reading experience when you borrow the Kindle edition of this book with your Kindle Unlimited membership. Learn more about Great on Kindle, available in select categories.
View Kindle Edition

100 Things to See in the Night Sky, Expanded Edition: Your Illustrated Guide to the Planets, Satellites, Constellations, and More
$15.99
(155)
In Stock.

"For anyone who enjoys looking up, but feels lost in the sea of stars, planets and other objects overhead, a new book called 100 Things to See in the Night Sky breaks down everything you need to know to stargaze like a pro. This book is perfect for prospective stargazers or amateur astronomers of all ages — no prior skills or telescopes necessary!"

"Anyone starting out in stargzazing would benefit from [this] knowledgeable and friendly guide. An ideal naked-eye guide." ― BBC Sky at Night Magazine

"You will impress your … friends on your next camping trip with your stargazing knowledge! In an easy to follow format, this book focuses on the night sky in the mid-northern latitudes. Right now, the winter night sky boasts some of the brightest stars and constellations, so bundle up, grab your book, and head outside on a clear night to view Orion, Taurus, Canis Major and Minor, Gemini, and more!" ― Trailblazer Girl

"The book covers the planets of the solar system, stars and constellations, meteor showers, the Milky Way, and orbiting spacecraft such as the International Space Station … .Easily accessible to even novices, providing nice starting points for getting acquainted with the night sky." ― StarDate Magazine

Dean Regas has been the astronomer for the Cincinnati Observatory since 2000 and the cohost of the syndicated astronomy program Star Gazers since 2010. He is a contributing editor to Sky and Telescope magazine and a contributor to Astronomy magazine, where he won the 2008 "Out-of-this-World" Award for astronomy education. Dean has been a frequent guest on National Public Radio's Science Friday with Ira Flatow, and this year he began an astronomy podcast with Anna Hehman called "Looking Up!"  His other books include, "Facts From Space!" and "100 Things to See in the Southern Sky" (coming June 26, 2018).

Start reading 100 Things to See in the Night Sky on your Kindle in under a minute.

4.7 out of 5 stars
4.7 out of 5
250 global ratings
How are ratings calculated?
To calculate the overall star rating and percentage breakdown by star, we don’t use a simple average. Instead, our system considers things like how recent a review is and if the reviewer bought the item on Amazon. It also analyzes reviews to verify trustworthiness.

Gail
5.0 out of 5 stars Great book about the night skies.
Reviewed in the United States on January 24, 2018
Verified Purchase
I just started reading this book and it is great. Very informative, easy to read and hard to put down. My son is super into space so I'm always looking to learn more so we can feed his passion. There are great details that make it clear what you are looking at plus where and when to find everything. I find myself constantly looking at the sky, with this book I now know what I'm looking at.
Read more
7 people found this helpful
Helpful
Report abuse

Orlando A. Andico
5.0 out of 5 stars A very good book for the beginning stargazing enthusiast
Reviewed in the United States on December 28, 2018
Verified Purchase
I hesitate to say "astronomer" because "astronomer" implies a certain level of (graduate) education for which the level of this book would not be appropriate. But for the beginning stargazing enthusiast this book is highly recommended.
Read more
4 people found this helpful
Helpful
Report abuse

Dacey C
5.0 out of 5 stars Great beginners guide!
Reviewed in the United States on May 12, 2019
Verified Purchase
I have always wanted to just lay in my driveway and look at the stars. This book is a PERFECT beginners guide. It gives the information I need for starting out without feeling stuffy or .. The sections are clear and concise. Perfect for any age
Read more
3 people found this helpful
Helpful
Report abuse

walra101
3.0 out of 5 stars Better ways to find things in the night sky
Reviewed in the United States on June 30, 2019
Verified Purchase
Good facts, but illustrations are poor and each need to be shown in relationship to other constellations.
Buy a software program for your smartphone!
Much easier to use.

amanda
5.0 out of 5 stars Great gift!
Reviewed in the United States on December 13, 2019
Verified Purchase
Love this book. It tells you how things got their name, the origin, how to find it and a good background of the body altogether. We decided with each body we find to take a picture with our telescope, write the date in the book and place the picture with it
Read more

Kindle Customer
3.0 out of 5 stars Not good visually. Info was ok.
Reviewed in the United States on September 14, 2020
Verified Purchase
If you want to read about stars this book will do. If you want to look and find constellations this book is not the right one. Too hard to compare pics with sky. Talks about a star and then 3 pages later shows where it is. Glad I git the cheaper paperback.
Read more
Helpful
Report abuse

Easy
4.0 out of 5 stars Night sky book
Reviewed in the United States on March 23, 2020
Verified Purchase
We need to check it out ...
Read more
One person found this helpful
Helpful
Report abuse

Dee
5.0 out of 5 stars so much to see!
Reviewed in the United States on March 17, 2019
Verified Purchase
I ordered this book for a friend who enjoys sky watching and his birthday is coming up soon. I feel certain he will find info in this book to assist him in finding great night sky viewing.
Read more
Helpful
Report abuse
See all reviews