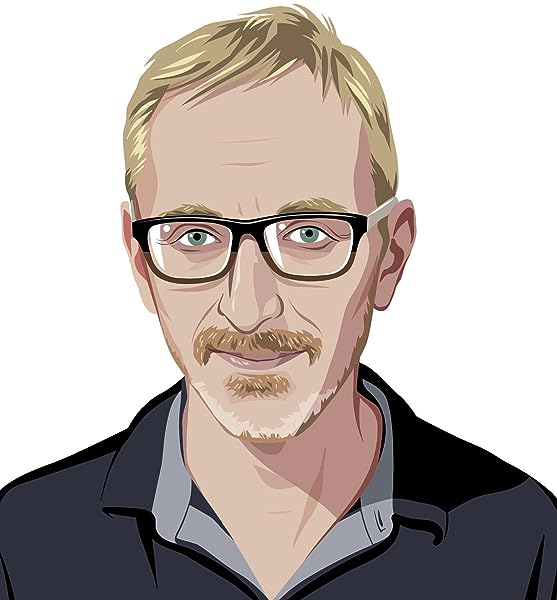 Peter Gordon is the Editorial Director of Puzzlewright Press. His crosswords have appeared in the New York Times, the Wall Street Journal, USA Today, the Los Angeles Times, the Washington Post, Newsday, and numerous puzzle magazines, including Games, where he was an editor for seven years. Gordon was a member of the winning US teams at the 1990 International Crossword Marathon in Bjelovar, Yugoslavia. His titles include Hall of Fame Crosswords, Yahtzee Scratch & Play, Match Wits With Mensa: Test Your Trivia Smarts, and Verbiage for the Verbose; he is also the coauthor of Solitaire Battleships, Scrabble-doku, and the Puzzlewright Guide to Solving Sudoku. He writes a weekly current-events crossword for The Week.

Doctor T
1.0 out of 5 stars A huge disappointment
Reviewed in the United States on January 19, 2019
Verified Purchase
I bought this book because it promised to commemorate the centennial of the password, hoping it would include traditional puzzles. I have done crosswords for many years and have even tolerated the recent Google-assisted mass production of allegedly “contemporary” puzzles, but this book is insufferable. Of the 101 puzzles I found only about half a dozen to be acceptable crosswords; extremely difficult yet true crosswords. The rest contain farfetched clues that are some sort of lengthy irrelevant or incoherent pun or wordplay sentence or title, while the small number of straight clues does not enable one even to start figuring out such ridiculous sentences. A lot of entries come not only from colloquial language, but extreme urban slang, with some entries not even found in the Urban Dictionary. Endless clues come from extreme pop culture. On the other hand, some puzzles require deep scholarly knowledge. In addition to Latin and Greek words, even a lower case Greek letter is given as a clue, something only a Greek national or a Greek scholar could recognize. Thus neither a celeb wannabe nor an Oxford Don can deal with such puzzles. In their desire to finish the job fast, a few of the puzzles’ creators even resort to providing answers in foreign languages, including Arabic (!), while some replace answer words with symbols! The plethora of arbitrary abbreviations (the first three letters of any word are considered an abbreviation!) and pure errors (such as equating “tenants” with “letters” = landlords) reflect deficient education and hasty editing.
Read more
3 people found this helpful
Helpful
Report abuse

PuzzleMAT
5.0 out of 5 stars Flashback
Reviewed in the United States on November 20, 2012
Verified Purchase
Actually the book contains 101 puzzles. First up, is the 1913 puzzle that made history by Arthur Wynne (which is regarded as the world's first crossword). The next 100 puzzles that follow celebrate the crossword's centennial.

Three random themes from the book:
-There's a puzzle devoted to the 1953 proposed description of DNA's structure.
-Premiere of `The Simpsons' in 1989
And the more recent stock market crash in 2000.
There are a lot of gimmicks throughout the book (think Thursday NYT crosswords).

The puzzles are written by well-known crossword names: Elizabeth Long, Brendan Emmett Quigley and Patrick Blindauer... to name a few. The 100 puzzles are never-before published and I would say the difficulty lingers around the Wednesday-Thursday NYT mark, experiences may vary.

Jeffrey DanielsTop Contributor: BBQ Styles
4.0 out of 5 stars Spiraling through 100 years of fun
Reviewed in the United States on November 28, 2016
Verified Purchase
Ha! Fun times at the crosswords!

This is a cute collection of crosswords that offers up a slice of history with each puzzle.

I like themed puzzles best and if one helps me learn something more than just new words (a valuable prize, for sure), then so much the better.

The puzzles themselves are probably somewhere between easy and medium for an aficionado, but you should enjoy the little tidbits from each "era" (basically ten-year increments in ten sections to get you the eponymous 100 years on the cover).

I bought this with a collection of New York Times puzzles and I like to switch back and forth between them to shake up the pace of completion.

The puzzles are of a nice size and readability. The spiral bound is clean and easy to turn (it does not get stuck like some spiral bounds I've known).

You should be able to do this book in pen and enjoy the trips down memory lane (even if they might extend beyond your own memories)!

- Warning: There are some puzzles that use the ridiculous requirement of whole words or symbols in a single box. It's a terrible and cheap way to complete a puzzle and takes what should be a 5-star book down a full notch.
Read more
4 people found this helpful
Helpful
Report abuse

RBV
4.0 out of 5 stars I liked it although I never did completely understand the "100 years" bit
Reviewed in the United States on June 17, 2014
Verified Purchase
Rating crossword puzzle books is tricky. My concept of good / hard may well differ from yours.

I can almost always work my way through a Sunday sized puzzle from the New York Times or the like. So my opinion is that "100 Years, 100 Crosswords" contains a good collection of "snack sized" crossword puzzles. The puzzles aren't Sunday sized, and in most cases weren't all that difficult to solve, but they are well constructed and challenging. Just right for a quick puzzle fix without committing to a Sunday-sized amount of time or effort.

However, I never really made sense out of the "100 Years" bit. Some of the historical puzzles did obviously come from a particular (bygone) era. And they were fun to do on that basis. But other puzzles that claimed to be from the 1950s or 60s seemed to include clues and references that were much more modern. This wasn't a problem — the puzzles were generally worth doing — but the dates on the margins of the puzzle pages never provided me with any useful information.

Long story short, I found this to be a worthwhile collection of puzzles.
Read more
5 people found this helpful
Helpful
Report abuse

rmac1117
4.0 out of 5 stars Crossed Up, but not Crossed Out
Reviewed in the United States on May 13, 2016
Verified Purchase
I was under the impression that this collection consisted of puzzles Actually Created & Published during their "years". Instead, it is a modern group of puzzles with themes referring back to their featured years (outlined either in BOLDFACE within a clue, or parenthetically in the puzzle's title). The only true "original" I noticed is the inclusion of the now ubiquitous Arthur Wynne diamond of 1913.
That said, this is still an excellent collection, full of imaginative props (which other reviewers describe). As well, they are much easier to navigate than the "Crossword Superstar" series from the same publisher.
Read more
3 people found this helpful
Helpful
Report abuse

Dawn Richardson
3.0 out of 5 stars Confusing
Reviewed in the United States on June 24, 2014
Verified Purchase
The clues are very wide ranging and some of the puzzles are not easily figured. Some squares require more than one letter per box, some puzzles aren't blocked out to know where one word ends and another begins. Still others have multi word phrases that don't always make much sense. Even my father, who loves the NY Times puzzle, had a difficult time not looking in the back!
Read more
10 people found this helpful
Helpful
Report abuse
See all reviews