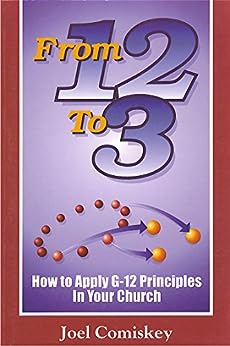 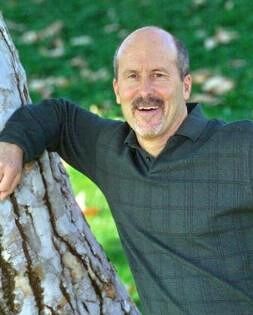 From 12 to 3: How to Apply G-12 Principles in Your Church Kindle Edition

by Joel Comiskey (Author) Format: Kindle Edition
See all formats and editions
Sorry, there was a problem loading this page. Try again.
There are two basic ways to embrace the G-12 coaching structure for cell leaders: adopt the entire model or apply the principles that support the model. This book focuses on the second, providing a modified approach called the G-12.3; which seems more viable to many in our busy, western society.

This book will explain both the why and the how of the G12.3 coaching structure.

Joel Comiskey (Ph.D. Fuller Seminary) is an internationally recognized cell church coach and consultant and founder of Joel Comiskey Group. He has served as a missionary with the C&MA in Quito, Ecuador, started a cell-based church in Southern CA, and now coaches pastors in cell group ministry. Joel has written bestselling books on the worldwide cell group movement and teaches as an adjunct professor at Tozer Seminary. Joel and his wife, Celyce, have three daughters and live in Moreno Valley , California. --This text refers to the paperback edition.

My early childhood was spent in Long Beach, CA, where both of my parents were teachers at Long Beach City College. I attended elementary school through high school in L.B. I was transformed by Jesus Christ in 1974 at the age of seventeen after searching in many directions for the meaning of life. In 1978, I felt a definite call to be a missionary. In 1986, I met my wife Celyce Hahn of Mariposa, California, and we were married in Feb. 1988. In 1990 we left for missionary service in Ecuador, South America. In 2001 we returned for ministry in the U.S. and now live in Southern California with our three daughters: Sarah, Nicole, and Chelsea.

I received a Ph.D. from Fuller Seminary and am founder and president of Joel Comiskey Group (JCG), a non-profit organization dedicated to helping churches fulfill the great commission.