1324: A Dark Thriller and millions of other books are available for Amazon Kindle. Learn more 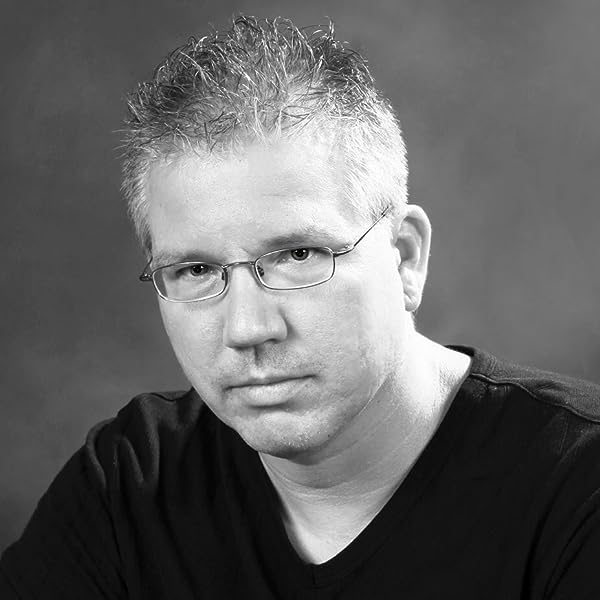 From the Midwest Book Review

March 2014 Issue: 13:24 – A Story of Faith and Obsession is truly a complex and multi-faceted novel. To call it a crime story would be simplistic: woven within the plot are insights on obsessive behavior patterns, how music can provide subliminal impulses toward destructive actions, and how even religion can provoke a turn to the dark side of death and destruction. The characters are varied, with plausible motivations, often deeply rooted in their pasts. Through their actions, reactions and decisions, an absorbing Biblical mythology comes to life within a modern underworld of human trafficking. . . . Also at stake are beliefs and interactions between secular psychologists, their patients, and lives changed by death, faith, and abuse. It is a story about lifetimes of fear, plots of revenge, and reactions to messages begun in early years; but it is also about choices made along the way. . . . For some readers, this account of obsession, abuse, and redemption could strike too close to home; but those who want a hard-hitting, emotionally charged crime story should place this near the top of their reading list. 13:24′s emotional impact is solid and compelling, dark though it is, and it will keep readers guessing about all the connections and results right up to the blistering conclusion.--D. Donovan, e-book reviewer, Midwest Book Review

Start reading 1324: A Dark Thriller on your Kindle in under a minute.

4.4 out of 5 stars
4.4 out of 5
101 global ratings
How are ratings calculated?
To calculate the overall star rating and percentage breakdown by star, we don’t use a simple average. Instead, our system considers things like how recent a review is and if the reviewer bought the item on Amazon. It also analyzes reviews to verify trustworthiness.
Top reviews

MrWizard
5.0 out of 5 stars Elegantly Written But Very Unpleasant & Disturbing
Reviewed in the United States on December 11, 2018
Verified Purchase
I can’t imagine what horrors the author has endured to have been motivated to write this dark, disturbing story of physical & emotional torture of small naked children, usually for the sexual gratification of the abuser. In this indictment of so-called bible based child disciplinary theory the adult abuser, frequently a parent, has sexual motivations which compound and give lie to the insistence that his aim is godliness for the child. It’s jaw clenching hypocrisy of the worst kind.

As bothersome as his story is, the skill exhibited in the telling is impressive. The writing is elegant & descriptive (sometimes too much so,) flowing and detailed. The reader is immersed into the cauldron of depravity even though we may not want to be there. The intolerable levels of mental torture & physical child abuse generate an instinctive hatred toward most of the incredibly hypocritical abusers. As repulsive as the material is, there’s something about it that draws us back in when we try to abandon it as being too intense - a need to see a final resolution perhaps.

The author presents a long view as well, demonstrating the lifelong damage done to child victims of church-sponsored abuse ruining the survivors’ ability to have normal emotional relationships with other people as adults. It heartbreaking, gut wrenching, infuriating and causes visceral pain to see these children emerge as emotional cripples as a direct result of the mental and physical torture that was inflicted upon them by adult men who purportedly loved & cared for them.

Nominally, 1324 is a police investigation of murder committed by an abused teenager. In this aspect too, the author generates nerve wracking suspense while the reader hopes desperately that the evil abusers will get what they deserve.

It’s difficult to decide whether to recommend this book and I think I would need to know someone well to do so. A blanket “I loved this book, you should read it” definitely does not apply to 1324. Rating it presents a difficulty as well – the quality of the writing is excellent while the subject matter & detail of crimes against children is really horrible. In the end, the writing won out.
Read more
One person found this helpful
Helpful
Report abuse

Ken T
4.0 out of 5 stars Very Good. But, Very Dark
Reviewed in the United States on December 19, 2016
Verified Purchase
Mr. Hickmon has given us a very candid, dark novel of child abuse, molestation, pedophilia, and murder for the sake of vengeance. Also included are religious zealots, stealing of identity, and stories of victim survival.
I thought the book's jumping about was a bit dis-jointed since the storyline tracks will switch quickly and without lead-in. I would have preferred a smoother flow.
The author delves into issues of the older, conservative Christianity, in which brutal corporal punishment was very much the reality. Any of us old enough will surely remember the sadistic behavior of the clergy as teachers.
More so, the book has its primary roots in the sick minds of zealots and abusers.
Kudos to Mr. Hickmon for telling this tale, having lived some of it himself. The content is dark by the very nature of its subject. Sadly, though a novel, this subject does permeate our world today.
Read more
5 people found this helpful
Helpful
Report abuse

S. E. Green
5.0 out of 5 stars Many of them disappoint me, some because they are just all about ...
Reviewed in the United States on April 23, 2015
Verified Purchase
Periodically I take a break from more "literary" reading to indulge in an exciting thriller or mystery. Many of them disappoint me, some because they are just all about the plot with terrible writing, or at the other extreme, they have huge plot holes or unresolved endings that don’t satisfy. Others are o.k., but completely forgettable because they don't do anything but the mystery or thriller story—there’s nothing else there. I personally find Gone Girl to fit into this category. It teaches us nothing about the world or what it means to be human. 13:24, on the other hand, belongs to that rare club which includes Tana French's The Likeness, Amy Mackinnon’s Tethered, and a few others I’ve read which maintain a tight, compulsively readable plot, appealing style, and also have something meaningful to say about our world and our lives. I agree that this is a really important book that depicts the horrors of the Christian discipline subculture with restraint and respect for the victims, not a whiff of exploitation. It is also a completely successful, well-written mystery-thriller. Isn’t it ironic that this book was self-published, when so much dreck in this genre is put out by big publishers? Clearly there is some fear around exposing the darkest sides of Christian fundamentalism in this country. Fortunately, the book is finding a growing audience through word of mouth, which it deserves on all counts, whether the reader has any specific interest in religious cults or not, it’s such a strong read.
Read more
27 people found this helpful
Helpful
Report abuse

Doug Park
4.0 out of 5 stars “There are hurts that go on and on. . .”
Reviewed in the United States on August 23, 2016
Verified Purchase
“13:24” is an intriguing novel of child abuse/molestation, murder for vengeance, religious hypocrisy, identity theft, trauma survival, goth-rock, and a number of other things. Though all the major threads come together pretty well in the end, the pacing’s rather sloppy. Like most popular suspense thrillers, “13:24” has its share of unlikelihoods, some of which could easily have been avoided. Unlike most books in this category, however, it delves quite deeply into various issues regarding conservative Christianity, the media’s power to create “reality” for us, and a number of other subjects; the book succeeds in being thought-provoking without losing any of its fundamental entertainment value. The general quality of the writing ranges from awkward to borderline-brilliant. Perhaps the best aspect of this book is its imaginative yet convincing creation of the goth metal band Rehoboam, its driving mythos and lyrics, along with the history of the band.

One way or another, this novel is nothing if not unique. I’d really like to see a film version of “13:24.”
Read more
3 people found this helpful
Helpful
Report abuse
See all reviews

Blanca y Carlos Rodriguez
5.0 out of 5 stars Very dark thriller. I liked it a lot
Reviewed in Spain on May 25, 2019
Verified Purchase
Although it has some hard moments, the plot is addictive. It is a thriller with a very disturbing real life experience in the background.
Read more
Report abuse

LW
5.0 out of 5 stars Excellent
Reviewed in Canada on April 28, 2016
Verified Purchase
Enlightening and fascinating fictional account of shocking truths that play out in our world repeatedly; happening these days at alarming frequencies.
Read more
Report abuse
See all reviews
Pages with related products. See and discover other items: vigilante justice
Back to top
Get to Know Us
Make Money with Us
Amazon Payment Products
Let Us Help You
EnglishChoose a language for shopping. United StatesChoose a country/region for shopping.
© 1996-2021, Amazon.com, Inc. or its affiliates