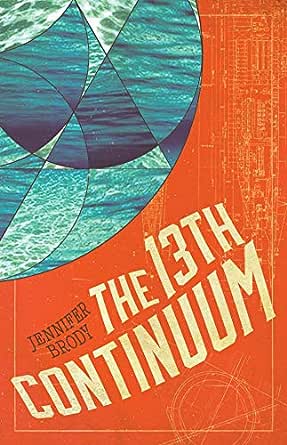 You've subscribed to The Continuum Trilogy! We will preorder your items within 24 hours of when they become available. When new books are released, we'll charge your default payment method for the lowest price available during the pre-order period.
Update your device or payment method, cancel individual pre-orders or your subscription at
Your Memberships & Subscriptions
There was an error. We were unable to process your subscription due to an error. Please refresh and try again. 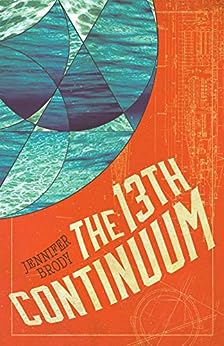 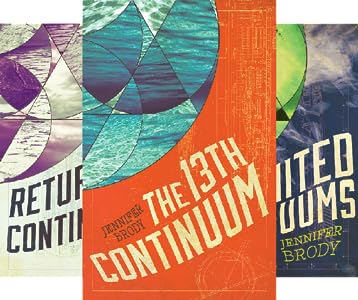 "The books I loved as a YA reader profoundly informed my life. So I’m excited for all who are about to discover The 13th Continuum. Jennifer Brody has brought muscular, propulsive writing and big ideas to bear on an ambitious, dystopian landscape that dares to look past the near horizon. And dares to hope."―Mark Ordesky, Executive Producer of The Lord of the Rings

"The 13th Continuum manages to be smart, surprising, and a good time, all at once. That's hard magic to pull off, but Jennifer Brody makes it seem easy. Swift and surprising, this novel is such a confident debut. Here's to many more."―Victor LaValle, author of New York Times Notable Book of the Year, The Devil in Silver

"This debut is an exciting and well-built read."―Booklist

"We’ve all had those novels that make us sad when they end, not because we didn’t like the story or characters… but because we liked them too much and there will never be another 'first time' to experience it – the characters, the world… the brilliant story. The 13th Continuum is one of those kinds of books. In cases such as these, re-reading is good, but telling your friends to go pick it up so that you can vicariously live the story through their first time is about as close as you can get to that feeling you had during your first read. So that’s what I’m doing now. Go read this book. It’s fun, it’s sad, it’s completely unique… and it’s an absolute breath of fresh air (When you read the book, you’ll get that pun)! In a post-apocalyptic genre you thought had no new stories to tell comes this surprisingly conceived book. Don’t wait for the movie that’s no doubt to follow and let yourself be spoiled… read the book and pass it on." ―Kirby Howell, author of Autumn in the City of Angels

"Non-stop excitement and strong world-building combine to make The 13th Continuum a fantastic read for science fiction and dystopian fans alike. The story sucked me in from the very beginning, and had me pulling for Myra and Aero to break free from their very different, but equally oppressive governments. Eagerly awaiting the next in this series!" ―Rysa Walker, author of The Chronos Files

"I tore through Jennifer Brody's The 13th Continuum at light speed. This fresh, fast-paced novel featuring a post-doom Earth will hook readers with its likable characters and thrilling stakes. But it's the book's action and hope for a better future that will keep readers turning the page and leave eager for the next installment." ―Mindee Arnett, critically acclaimed author of Avalon and the Arkwell Academy series

"With meticulous world-building and an epic scope, Jennifer Brody has created a fascinating sci-fi story. Readers will flip the pages, anxious to answer a question that will determine the future of humanity: Will they reach the surface?" ―Pintip Dunn, author of Forget Tomorrow

"A fascinating premise and compulsively readable debut. It totally sucked me in." ―Robin Talley, author of Lies We Tell Ourselves

"This gripping read is recommended not only for advanced teen readers, but for adults who enjoy solid sci-fi dystopian settings." - Donovan's Bookshelf

"Brody writes an intelligent narrative that is entertaining as it is introspective about the human race, its fate and where we might end up."―Roanoke Times

"Fans clamoring for a new dystopian science fiction series may appreciate this latest addition to the genre."― School Library Journal

"An original and deftly crafted science fiction novel, The 13th Continuum is especially recommended for young readers ages 12 to 18 and would prove to be an enduringly popular addition to school and community library YA Fiction (and especially science fiction) collections."―Midwest Book Review

Jennifer Brody began her career in feature-film development, contributing to projects such as The Lord of the Rings Trilogy and The Golden Compass, and went on to later become an author of science fiction and fantasy. A member of the Science Fiction and Fantasy Writers of America, she is the founder of BookPod, a social media platform for authors. She currently resides in Los Angeles.

Natalie Duke began her voiceover career at the ripe old age of eight. She took a break for a while to grow up, and, when she returned, she discovered the wonderful world of audiobooks. With over fifty titles under her metaphorical belt, she has contributed her youthful yet sophisticated, snarky yet emotive voice to almost every genre of fiction that exists (with a little bit of nonfiction thrown in as well). --This text refers to the audioCD edition.