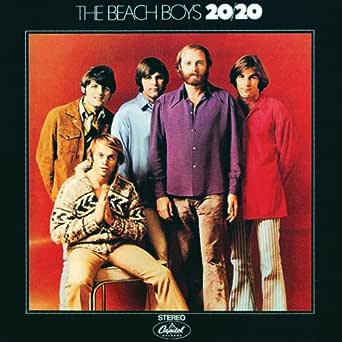 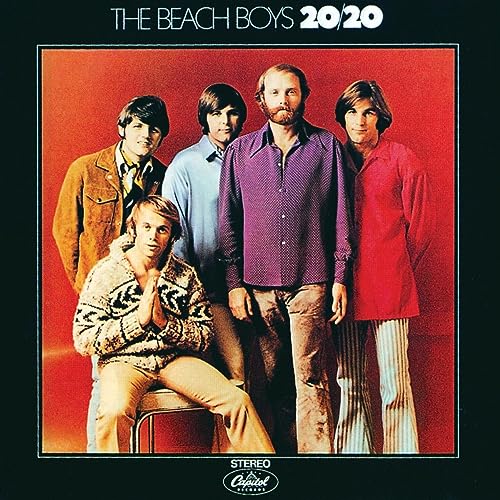 The Beach Boys
4.3 out of 5 stars 14 ratings
See all 7 formats and editions Hide other formats and editions
Buy the CD album for $27.34 and get the MP3 version for FREE.&nbspCD album ships from and sold by Amazon.com. Terms and Conditions. Does not apply to gift orders. Complete your purchase of the CD album to save the MP3 version to your Music Library.

Squire Bracebridge
4.0 out of 5 stars An album that probably deserved more attention that it got
Reviewed in the United States on August 16, 2019
Verified Purchase
It's not every day that you can buy an album by a major musical group with a song on it largely written by Charles Manson. Perhaps if "Never Learn Not to Love" had been a better song, Manson might have gotten into the music industry and been just another spaced-out LA musician in the late 60s rather than the murderous mastermind he became. At any rate, this is an interesting little album. It's not very cohesive in terms of sound but there are some wonderful songs here. The bonus track "Break Away" is a really interesting little song that flopped at the time (it deserved better). Worth a listen definitely.
Read more
One person found this helpful
Helpful
Comment Report abuse

Christopher Hartlaub
5.0 out of 5 stars 20/20 is a perfect vision
Reviewed in the United States on August 11, 2016
Verified Purchase
Largely regarded as a patchwork effort,20/20,as their final studio album for the label stands as an excellent summary oft he Beach boys Capitol years.Theer's a stylistic touch from the early days"Do it Again' to the Smile -era "Our Prayer",Cabinessense".,and a Pet Sounds style instrumental"The Nearest Faraway Place".
Unlike their previous few LPs,
This rocks a bit more with "Bluebirds over The Mountain"and a stellar "i Can Hear Music" being fine examples.The harmony laden "I Went to Sleep" and "Time To Get Alone" stand as career harmony highlights.
Irresistable and accesible.
,20/20 is an essential purchase for any Beach Boys fan.

Kyle Patterson
1.0 out of 5 stars Wrong product
Reviewed in the United States on May 8, 2020
Verified Purchase
The information says that this is the 2016 remaster of the album. What I received is the 2001 version.
Read more
One person found this helpful
Helpful
Comment Report abuse

D. Kresh
5.0 out of 5 stars Great album!
Reviewed in the United States on December 7, 2013
Verified Purchase
Possibly the best Beach Boys album. Brilliant choral experimentation, brilliant songs. Pure joy. (I don't listen to "All I Want to Do" but the other 11 tracks are amazing.)
Read more
2 people found this helpful
Helpful
Comment Report abuse

michael a. tolentino
5.0 out of 5 stars Five Stars
Reviewed in the United States on October 23, 2015
Verified Purchase
One of my favorites by the Boys.
Read more
2 people found this helpful
Helpful
Comment Report abuse

Andre S. Grindle
4.0 out of 5 stars The Beach Boys Do It Again!
Reviewed in the United States on June 19, 2015
Looking back on what I know about them? The late 60's were not exactly red letter years in the personal and profession lives of Mike Love,Al Jardine as well as Carl,Dennis and Brian Wilson. The Manson Family had become an uncomfortable factor in the affair. Not to mention Brian's drug abuse and burgeoning mental illness. So I really have to give these guys credit for not only sticking it out through all of this,but also in keeping the quality level up as high as they ended up doing. To end their first and,to many people,golden decade? They released this album-again with Brian as a distant collaborative presence.

"Do It Again" is a rhythmically churning uptempo number that hearkens back to their surf rock days of the early 60's to some degree. "I Can Hear Music" and "All I Want To Do" are both flamboyant,uptempo rockers while "Bluebirds Over The Mountain",written by the somewhat obscure Ersel Hickey is another Motown inspired uptempo pop/soul number. "Be With Me","The Nearest Faraway Place","I Went To Sleep","Time To Get Alone" and the Manson co-composition "Never Learn Not To Love" are all densely arranged ballads while "Our Prayer" is straight up acapella vocal harmony again. "Cabinessence",an outtake from the than unreleased Smile sessions is a sense psychedelic explosion to close this out on.

Having heard a lot of Beach Boys from this period? This album doesn't hold together as an instrumental concept in the same manner as their previous several albums to it had. All of the songs on here are of the utmost high quality of course. But they all have the flavor of having been recorded at different times,for sessions that seemed to have very different intentions. The body of this album however is built around probing,hugely arranged slower songs that seem to search and wonder. And considering the circumstances under which it was made and came out? That quality just seems totally appropriate all things considered.
Read more
4 people found this helpful
Helpful
Comment Report abuse

Annie Van Auken
TOP 1000 REVIEWER
4.0 out of 5 stars 20/20 hindsight
Reviewed in the United States on October 25, 2012
Original pressings of the Beach Boys 2/10/69 release of 20/20 (SKAO-133) are on CAPITOL's black with rainbow edge label. The title references the band's 20th release for that label (counting rehashes and the karoakeish  STACK-O-TRACKS ).

The LP is stored in a UNIPAK cover, a sort of gatefold affair that uses ¼ less paper. To access the disc, one opens this in normal fashion but then you must slide the record out from the spine to the left. A poor design in hindsight, for UNIPAKs either didn't have enough glue to hold the pocket together or an inattentive listener might separate the top piece when putting the LP away.

Inside we see on the left Brian hiding behind the first two lines of an eye chart. Tracks 1 and 2 are listed here; they just happen to be the only commercially successful songs in the set. Highest chart position for "Do It Again" (6/68), a hit from the previous summer, was #20 while Carl's cover of the Ronettes' "I Can Hear Music" (10/1/68) failed to reach that position.

Side Two begins with Al's "Cotton Fields" (11/18/68), a song he reworked in August of the following year and released as a single. The mellow "I Went To Sleep" (6/68) was a "new" Brian song. "Time To Get Alone" (autumn '68), a re-recorded SMILE session work, caused a family rift when Brian tried to produce it for a band later known as 3 Dog Night.

Dennis cribbed "Never Learn Not To Love" (9/11/68) from recent acquaintance Charles Manson, who threatened to murder him after instructions to use Charlie's original lyrics were ignored. Manson appeared soon after the LP's release intending to do just that, but Dennis thrashed him.