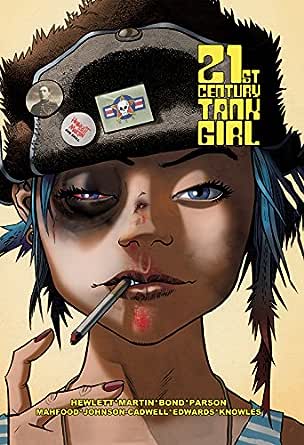 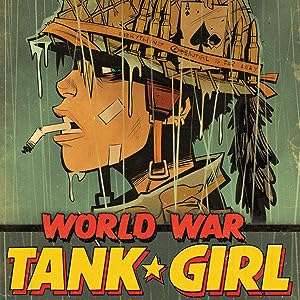 When will I be charged for each book?
Pre-orders will be placed within 24 hours, but you will not be charged until books are released and ready for download. We will automatically charge your default payment or other payment method on file.
You've subscribed to Tank Girl! We will preorder your items within 24 hours of when they become available. When new books are released, we'll charge your default payment method for the lowest price available during the pre-order period.
Update your device or payment method, cancel individual pre-orders or your subscription at
Your Memberships & Subscriptions
There was an error. We were unable to process your subscription due to an error. Please refresh and try again. 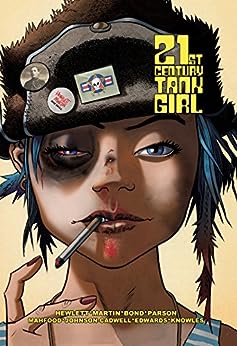 "A great read for fans of the 1995 cult film curious to check out the character’s continuing adventures, as well as longtime fans who have clamored for a reunion of the original creative team of Hewlett and Martin." - Library Journal

"a perfect modern introduction to the character"... "goddamned entertaining" - Bookgasm

"Jamie Hewlett is obviously the big draw, and his work remains distinctive, with strongly designed pages and quirky figures." - Nerdly

"Philip Bond's pinup of Booga is the first time I can safely say I've been attracted to a kangaroo...a great starting point for new fans and provides the same energy and mayhem longtime fans have become accustomed to from a Tank Girl series." - The Outhousers

"...a true labor of love for the creators, and new love affair for her fans." - Graphic Policy

“A must buy for TG fans and anyone who wants something braver than a run of the mill comic.” - Garbage File

"All of the stories are charming" - Women Write Comics

"irreverent, punchy and fast-paced" - All Comic

"It’s crude and bloody, but it’s done so well" - Need To Consume

"This is definitely worth checking out" - Wicked Horror --This text refers to an alternate kindle_edition edition.

Alan Martin is the cocreator of and writer (with Jamie Hewlett) of Tank Girl. His work includes Tank Girl (volumes 1–3), The Gifting, Visions of Booga, Skidmarks, Bad Wind Rising, Carioca, Everybody Loves Tank Girl, and the novel Tank Girl: Armadillo!. He lives and works in the UK. For more information, visit tank-girl.com.

Artist Jamie Hewlett is best known as the visual genius behind the award-winning, virtual pop group Gorillaz. His work includes 2000AD's Hewligan's Haircut, covers for DC, and interior art for Doom Patrol. He cocreated Tank Girl with writer Alan Martin in 1988 for British music and comics magazine Deadline, generating a vibrant body of work that became a series of top-selling graphic novels. He was named Designer of the Year in 2006 by Design Museum.

Warwick Johnson-Cadwell is a professional illustrator working in editorial illustration, concept design, storyboarding, and narrative art in various forms. He worked with Alan Martin on Solid State Tank Girl for Titan Comics, Hunch Parsons and Gungle for Blank Slate, and Dangeritis: The Misadventures of Derek Danger. You can see his sketches, ideas, and artworks in progress at warwickjohnsoncadwell.blogspot.com. --This text refers to an alternate kindle_edition edition.