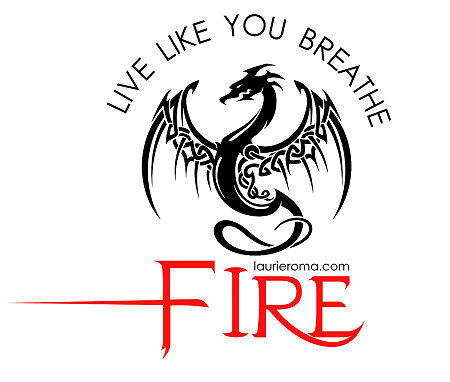 Laurie Roma lives in Texas, and mainly writes contemporary, romantic suspense, and sci-fi romance. She can usually be found tapping away on her keyboard, creating worlds for her characters while she listens to music. Of course, her playlist depends on her mood...but then again, so does her writing. She loves to hear from her readers and can be reached at laurieromabooks@gmail.com.

4.1 out of 5 stars
4.1 out of 5
207 global ratings
How are ratings calculated?
To calculate the overall star rating and percentage breakdown by star, we don’t use a simple average. Instead, our system considers things like how recent a review is and if the reviewer bought the item on Amazon. It also analyzes reviews to verify trustworthiness.
Top reviews

Romantic at Heart
5.0 out of 5 stars 3013: MATED (3013: The Series) Book 1
Reviewed in the United States on July 17, 2014
Verified Purchase
I decided I would give this a chance as usually 2 men per female is enough for me and thinking of 4 men per female seems it would be over doing. Plus I am not really into shifters, but think I will try a few more shifter stories. I did enjoy the book. If you are in the mood for something with a lot of sex with some romance this is it. It was mostly sex, but she throw in a part where each man got to spent time and with the female by herself and give her their mating mark. They bared their soul, and told her how special she was. It was kind of sweet. All 4 guys were great. There is not much of a story it is just about them finding her, trying to convince her to mate, then they do mate, and they spent a little bit of time together. At the end is a little bit of drama. So depending on what you are looking for I would recommend it.

I did not have messed up pages or anything like the one reviewer said. Also for the reviewer who say this is like Brides of Kindred there are lots of books where there was a war of earth and aliens are looking for there mates. However these 4 Dragon Warriors just came to earth to visit and it had been a long time since they were there. They just happened to find a mate. Also in those books the females were forced to spent time alone with the males, because our government forced them because the aliens helped to save earth. My problem with people saying someone else wrote the same as someone else is that you could say that for probably every book that is out there. Ideas are used and reused over and over in movies, TV, and books, etc,.. So that is not really a point that matters.

Linda
3.0 out of 5 stars She’s a better woman than me lol
Reviewed in the United States on October 24, 2018
Verified Purchase
I was hesitant to read this book obviously because there so many men. 4 good looking alien dragon men who are 7 feet tall with glowing eyes and golden muscular skin and body; this is the first I’ve read from this author. As the tale takes place way in the future after Earth has been rescued from bug like aliens, the socio economic state of the world has also changed. Women are in short and are labeled for bond mates based on fertility and financial status. Alexis a liaison officer happens to be a woman found unworthy and has been abused by her past relationship which is always based on a 2 man pair. So the story grabbed me quickly and if it had been longer I would have rated it better. The attraction between the 4 dragon warriors and Alexis went from 0 to hot, passionate and heavy so quick it was hard to relate to. I get it was natural to the people of this Earth, there was character development and it was good that Alexis was an empath which saved the story and explained the lightening fast connection. I am interested in reading the next in the series as I did enjoy it🙂
Read more
Helpful
Comment Report abuse

2L82Pray
3.0 out of 5 stars Lighthearted Fun with Eye Candy
Reviewed in the United States on January 7, 2016
Verified Purchase
I was really excited for this book when I read the excerpt and the reviews. In fact, I sampled before I purchased and found the world concept unusual and exciting and Roma's writing crisp and precise with a style that flowed well. Then I bought, and got to the sex....

If you're looking for a steamy sex novel, Roma delivers. However, the story moved too fast for my taste. I was looking forward to more world building in the fascinating post-alien invasion Earth. Instead Roma barely touches on the problems and discrimination women face in a world where only their fertility is prized. So much More could have been done in this universe and I was disappointed she didn't explore it further. The heroine fell far too quickly into the arms of the FOUR (you read that right, Four) Alien Males. I'm all for steamy sex and this isn't about Prudishness at all....but 2 or 3 males would have made the story flow better and made it more believable. Some conflict would have been nice and some tension and build up toward the sex would have made it a far more enjoyable story. What woman doesn't want to be pursued by males that hot? Yet, the pursuit ended even before it had begun :(. They Meet...BAM! SEX...BAM! Mated. Granted I'm a fast reader but this truly was a Short Story taking me less than 2 hours to get through, and I didn't skip anything.

The thing though that took it into 3 stars were the Male characters themselves. They're touted as Huge, Powerful males with an inner Beast Who are Soooo Jealous that even another man looking at her sends them into growls of rage and threatening posturing. They keep saying things like, "You're Mine and mine alone" and "No other man will ever touch you"....yet these Four Jealous Possessive Men have NO problem sharing her with 3 other very jealous possessive men? I could see each set of Twins sharing one woman--family bond being what it is. But Four? Their jealous natures wouldn't allow for that if Roma stuck her to her own canon. They'd have been fighting and killing one Another over her....not taking sloppy forth. And More is Not Always Better. Sometimes it was hard to remember who was who. They story would have flowed better if there were Fewer characters to keep up with and each one was given more page time to be fleshed out and build their characters more fully.

All in all, I actually did enjoy the book. Just be aware that it IS a short story without much world building and a LOT of steamy sex and save it for that quiet afternoon on the beach when you just want some lighthearted fun and eye candy without having to think.
Read more
Helpful
Comment Report abuse
See all reviews

p j morrice
5.0 out of 5 stars Adult romance
Reviewed in the United Kingdom on December 27, 2013
Verified Purchase
Good beginning to series. The story holds you and unfolds at a steady pace. I would like more though may be a follow up of there building relationship. I always find that once the girl gets the man or men the mated relationship gets left to the imagination . I enjoyed this book but want to know what happens next? Can not say any more so you better read it.
Read more
5 people found this helpful
Report abuse

Hanbarn
3.0 out of 5 stars Hot read
Reviewed in the United Kingdom on August 24, 2019
Verified Purchase
4 guys and 1 girl, oh and the are dragons on a sci-fi romance, what more could you ask for?
Read more
Report abuse

Interesting book and worth a read.
Read more
Report abuse

Helli
5.0 out of 5 stars A fantastic read
Reviewed in the United Kingdom on January 24, 2014
Verified Purchase
This is a well written romance full of super hot men who happen to change in to dragons and have magical powers, and they fall in love with a small human female . I hope there are going to be more books to follow. A great read well recommended .
Read more
Report abuse

bookwormham
5.0 out of 5 stars Absolutely super
Reviewed in the United Kingdom on June 16, 2015
Verified Purchase
I really loved this new series. Well written. What a terrific start to this series. If you enjoy reading futuristic sci-fi romance with a good dose of menage then you will love this series. I can't wait for the next one.
Read more
Report abuse
See all reviews