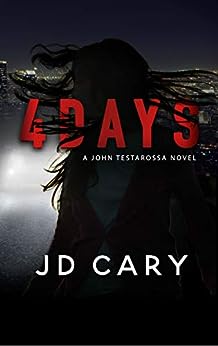 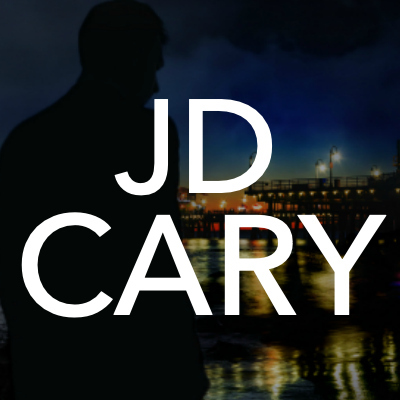 by JD Cary (Author) Format: Kindle Edition
Book 2 of 2: John Testarossa
See all formats and editions
Sorry, there was a problem loading this page. Try again.
The body of a young woman is found in the marshes of L.A.’s Ballona Creek. As with most murders Detectives John Testarossa and Alex Ortiz are asked to solve, this one makes no sense.

When a second body is found, and then a third, the only thing the young victims have in common is that, as children, each went missing for four nightmarish days.

And then they were released. Alive.

As more dead women turn up, the detectives must navigate some of the city’s darkest history while racing to save the next potential victim and get into the mind of a killer who keeps coming back for more.

As the truth comes together, Testarossa collides with an evil like he has never known and risks losing all he holds dear in the process, including the one woman he can't seem to forget.

⭐⭐⭐⭐⭐ "Cary has come from out of nowhere to make a huge splash with this series!"- A Midlife Wife Blog

JD CARY began writing fan fiction, and that effort morphed into the first novel, Testarossa, which was originally published by Krill Press in 2010. In 2013 Testarossa was reprinted under the Bookspan/direct brands imprint and re-titled A Deadly Legacy. It was re-released in trade paperback under the Crooked Lane Books Banner in September 2015.

Now, going back to its original name, yet re-edited, Testarossa is being re-released independently in 2019.

4 Days, the long awaited sequel to Testarossa, will be out in October 2019.

JD lives in Los Angeles with an adoring family.

Beckyrae99 (Becky Wise)
4.0 out of 5 stars the suspense keeps coming
Reviewed in the United States 🇺🇸 on October 22, 2019
Verified Purchase
As the second book in a John Testarossa Novel I simply loved 4 Days so much. Now that I know who John is and how his mind work. I love how he takes on the cases and throws himself into it and doesn't give up. The way he works with his partner Alex is wonderful. I love how they have this brotherly bond. You see a bit more emotions with in John this round when it comes to Karen. If you don't know who Alex or Karen are then you really need to read the first book Testarossa. I love the dynamics between Karen and John. They just seem to fit so well together and you can feel how deep they have fallen for each other. 4 Days is a book that will suck in in from the start. I loved every moment of this one and I love that we still are getting to know John a little more too. I'm so hoping there are more John Testarossa books to come and more cases to solve along with him in the future. I loved this one.
Read more
One person found this helpful
Helpful
Report abuse

Kathy Rouchelle for Cajun Heat Book Blog
5.0 out of 5 stars Captivating, intriguing and exciting!
Reviewed in the United States 🇺🇸 on October 22, 2019
What an outstanding read. The story-line, along with it's characters are, both captivating and intriguing and will draw you in and hold your attention throughout the entire journey to find the criminal and to see if John and Karen will work out in the end. The story, revolving around the murders of past victims of abduction and subsequent release four days later takes some real work in discovering the link between the victims and to find what the motive is in this case. It is painstakingly slow and deliberate work, but between John and Alex and the help of a geeky intern, they begin to unravel the pieces and put the puzzle back together. It takes time and along the way there is plenty of other goings on that come into play in John's life. There is the neighbor that the elderly neighbor ladies tell John about and how he has been spotted looking into a young neighbor's window. There is the hint of Alex's possible attraction to one of the abduction victims who has made something of her life, along with the situation with the bad cop that John is certain killed their friend and fellow cop. With all of this going on, you will have plenty to keep your attention glued to this book until you find you can't put it down and have to finish the story.

These characters and supporting characters (and there are plenty) are all incredibly written. From the gruff and sometimes grumpy Testarossa and his partner Alex, to the homeless and the transgender that they interact with to gain information, you will find yourself intrigued and sometimes entertained. But it is also the character that is at the center of this whole investigation that is the most intriguing. As you read about the case and hear the stories from the victims your interest is piqued and you find yourself scrutinizing each new character they talk to, interview, and wonder if they are the killer, and try to help them put together those puzzle pieces as you continue to read. It is quite the mystery.

I absolutely loved this book as well as the previous book and I can hardly wait to see if this author brings Testarossa back to life in another book, which I hope is the case because I would love to read more of these characters. I highly recommend this book, and again, if I could give it more than 5 stars I most definitely would.
Read more
One person found this helpful
Helpful
Report abuse

Jennifer Pierson: The Power of Three Readers
5.0 out of 5 stars #NEEDMORETESTAROSSA
Reviewed in the United States 🇺🇸 on October 22, 2019
JD Cary came crashing in my life with the first A John Testarossa read, and I've been in love ever since. 4 Days is obviously another Testarossa story, and this detective JT, has me falling for him. He & his partner Alex Ortiz, are investigating the murder of a young woman who was found in L.A.'s Ballona Creek. This murder though makes no sense, and the bodies start to really pile up, as they're rushing to solve the case, so I was on the edge of my seat cover to cover. And you already know that there will be twists, and they were HUGE, making it easy to drop f-bombs down like a rain storm. And here's a bonus with me. It's hard to really get a good bromance going, but this author nails it between John, aka JT, and Alex. And even though there's the actual new romance blooming between JT & Dr. Karen Gennaro, that bromance which made them able to play with their suspects trying to get to the truth so awesome that it almost stole the show for me. Well, I should have said it did steal the show for me, as great interactions with super fun dialogue makes me weak. So, who is the psycho killing young people?! You'll have to one click this amazing read to help solve the case! HIGHLY HIGHLY HIGHLY RECOMMEND!
Read more
One person found this helpful
Helpful
Report abuse

CCarroll
5.0 out of 5 stars Flipping love this series. Can’t get enough!
Reviewed in the United States 🇺🇸 on October 23, 2019
4 Days is a perfect sequel to the story that started the series. What’s special about this book is the fact that the author takes the time to fully develop John Testarossa into a character that we would love to know, be around, and even fall for.

He and his partner have a fabulous working relationship. John’s funny, jaded, kind, and a real soft touch inside of a big burly bear. And he’s definitely a man in love.

I’m excited to see Karen back in the story. She is the perfect offset to him. I love their conversations and deep understanding of each other. Plus, his alpha maleness is just right.

The author crafted an amazing story that is rich in detail, depicting horrific crimes, and yet instills the faith that John can somehow make it better.

The story is loaded with suspense and graphic detail in spots that will make you cringe but it adds so much to the realistic detail that our police officers see on a daily basis.

4 Days is a completely unique story that is richly deserving of all of the accolades the Testarossa series will receive. It is a perfect sequel that enhances the original story so much more and is certainly not to be missed.

JD Cary is an amazing author that is simply perfecting her craft with every book she releases. 4 Days had me blocking out my world and diving into John’s world. Mmmm… I could easily stick around in his alpha world.

Run, don’t walk, to grab this romantic suspense that is fierce balance of everything we love in our police crime novels.

Carissa Janes
4.0 out of 5 stars Great characters
Reviewed in the United States 🇺🇸 on October 22, 2019
I didn't read the first book in this series but I was so caught up in this story that I'm going to go back and read it.

This story was really engrossing and once it got going I was sucked in! I like Testarossa and the author does a great job with character development.