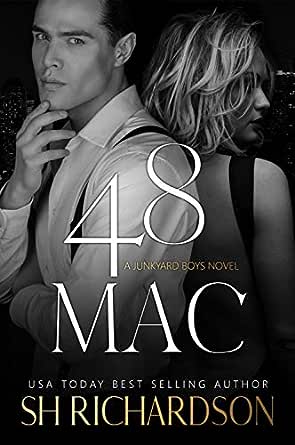 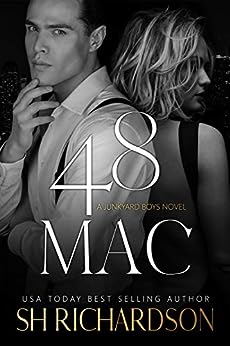 GrnEyed Reader
5.0 out of 5 stars Couldn't put it down!!
Reviewed in the United States on February 21, 2021
Verified Purchase
I laughed, I cried, I was shocked and enjoyed every word! Odie and Mac were amazing together, such chemistry! Brilliant.
Read more
One person found this helpful
Helpful
Report abuse

shabbyarora
4.0 out of 5 stars Bob the dumb master
Reviewed in the United States on April 3, 2021
A wolf captures a doe in hopes of using her as a bait to lure in a tiger for a fight, but soon realise she's no "deer caught in headlights" innocent. She's a feral cat, claws, sassy mouth, sexy sly ways and all

"“I was raised by wolves in a den of thieves, taught to appreciate the finer things in life.” "

The story is violent and detonative, it balances dangerously on a powder keg and I was waiting for an explosion anytime. SHR does not disappoint in setting the breeding grounds for a racy, taut, fast paced action romance, in the underground fight club run by mafia.

“Oh… so it’s like the bat cave?” She smirked. “Guess that makes you Bruce Wayne.”

There's too many interconnecting factors involved to give you a straight storyline. some actors from previous series jump in, we meet some new, some wake from slumber and result in a frenzied mayhem.
Darragh McCabe is desperate for a fighter, Marcus Mecken to win a fight for his illegal club run from a nondescript basement. Blackmailing him over his protective tendencies, he kidnaps Otelia Mae and what was supposed to be easy 48 hrs with Odie crying and whimpering waiting in some locked room, turns the tables on Mac, when the wily vixen refuses to cower down silently.
Some of Odie comments would be so hilarious if not made in a dangerous situation.
She tries appealing to Connor MacCabes "softer" side, if it ever exists..bahahahahahaha

“If you get him to let me go, I’ll make it worth your while. Free breakfast at Nipsy’s for a year and all the lukewarm coffee your stomach can handle. How does that sound, Big Mac?
Care to give junior here the what for?”

It's funny, it's steamy sexy, passionately rough and somewhat troublingly tender.
Backstabbing enemies jump in from the shadows, his love, his family in danger. I hated Darragh in the beginning and ended up feeling for him, his turmoil, his loneliness clung to me.

“That makes you both sad and pathetic, Mac. I pity you. Never feeling the absolute joy that only comes from someone you care about knowing they feel it too, just as much. If you are hungry, it gives you nourishment, thirsty, it quenches your parched soul, tired, it’s a warm blanket to sleep under. So, I ask you again...
who loves you, baby?”

If you like adrenaline driven thrillers that set your pulse racing and heart pounding, pick up this book.
Knicker-moistening an added bonus
4 stars or ridiculous tale of Bob the dumbo
Read more
One person found this helpful
Helpful
Report abuse

Debra Shutters
5.0 out of 5 stars First love denied, Love forever lost
Reviewed in the United States on March 5, 2021
I enjoyed reading this story! Love how strong Odie is and how she deals with everything that she goes through.
A line that stood out for me is First love denied, Love forever lost. When I started reading I could not put it down to the end!!!!! I recommend this book !!!!!
Read more
One person found this helpful
Helpful
Report abuse

Kindle Customer
5.0 out of 5 stars Loved Odie!
Reviewed in the United States on February 27, 2021
I really enjoyed this book! Once I started, had to finish. Odie was fiesty and vulnerable at the time. Waiting for the next one!
Read more
One person found this helpful
Helpful
Report abuse

Mike D
2.0 out of 5 stars Dirty
Reviewed in the United States on February 20, 2021
This book is Great on the dark and dirty romance, but was very heard for me to get into the story.
Read more
Helpful
Report abuse
See all reviews