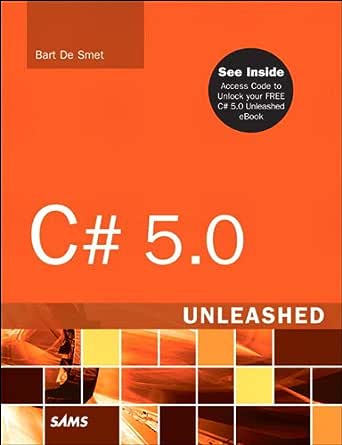 Bart J.F. De Smet is a software development engineer on Microsoft’s Cloud Programmability Team, an avid blogger, and a popular speaker at various international conferences. In his current role, he’s actively involved in the design and implementation of Reactive Extensions for .NET (Rx) and on an extended “LINQ to Anything” mission. You can read about Bart’s technical adventures on his blog at http://blogs.bartdesmet.net/bart.

His main interests include programming languages, virtual machines and runtimes, functional programming, and all sorts of theoretical foundations. In his spare time, Bart likes to go out for a hike in the wonderful nature around Seattle, read technical books, and catch up on his game of snooker.

Before joining the company in October 2007, Bart was active in the .NET community as a Microsoft Most Valuable Professional (MVP) for C#, while completing his Bachelor of Informatics, Master of Informatics, and Master of Computer Science Engineering studies at Ghent University, Belgium.

4.2 out of 5 stars
4.2 out of 5
33 global ratings
How are ratings calculated?
To calculate the overall star rating and percentage breakdown by star, we don’t use a simple average. Instead, our system considers things like how recent a review is and if the reviewer bought the item on Amazon. It also analyzes reviews to verify trustworthiness.

pro_crustes
4.0 out of 5 stars Good for converts from Java
Reviewed in the United States on August 16, 2017
Verified Purchase
Great book that covers multi-threading (a lot of C# books just don't). Four stars because the index is a bit sparse and there is no coverage of how to call native code or write "unsafe" (which should have been called "unmanaged") C# code. But that leaves space for excellent treatment of the rest of the language. Obviously, with C# 7 out, this book is out of date. But, for a new C# programmer (particularly one coming from Java, like me), the low prices available on the used market make this attractive.
Read more
Helpful
Report abuse

Babak Aghili
5.0 out of 5 stars The best of the three famous books I have read
Reviewed in the United States on May 13, 2014
Verified Purchase
I wanted to learn Delegate,Events,Lambda expressions
So I picked the Jon Skeet's C# In Depth book, started reading, got confused in the middle of the topic...Then switched to Albahari's C# book, read the same topic, didn't get confused but when I was looking at practical examples at work still I couldn't apply what I had learned, ..then got this book and started reading the same topic,..everything started making sense now :)
For example almost any C# text you want to read about delegates it says it is like Function Pointers in C language...but none of them explain what is a function pointer to begin with! This book does.
Now I am reading this book and after reading each topic and understanding it from this book, you can move back to Jon Skeet's book to know the ins and out and super details about everything in that topic..but if you start with that book you will be confused in the middle of the way...

An1Maver1ck
4.0 out of 5 stars Great In Depth Book
Reviewed in the United States on April 27, 2015
Verified Purchase
This book has a ton of information in it and is definitely worth a read by any C# developer. Although I feel at times it is a little lengthy in explanation this is a direct result of the target audience for this book. This book is meant to teach you almost everything that the compiler and C# are doing together. I don't like that the book has several 'scope beyond this book' topics, however I agree that the subject material that was being discussed was a huge topic that entire books are written on. Definitely recommended reading for anyone who is trying to learn the ins and outs of C#
Read more
Helpful
Report abuse

Thinh
3.0 out of 5 stars It's ok... Could be better
Reviewed in the United States on April 15, 2016
Verified Purchase
I feel like the book just keeps going around the topics, talking about history then some small examples and try to mention all small related topics . However, it does not quiet explain stuffs very well, I think some people on youtube can explain the topics better. This is a rare reasonable priced (under $50) programming book, that will work well as a general menu for topics in C#. But you may not learn much from reading the book itself.
Read more
One person found this helpful
Helpful
Report abuse

Cody Rogers
5.0 out of 5 stars incredible
Reviewed in the United States on June 15, 2014
Verified Purchase
Even as someone who is new to programming this books is excellent. It serves as a fantastic book for learning the language, and as an incredible reference book. I do feel the need to mention that there are better books to teach you programming (or this language) though I don't believe you will be able to find a better manual/reference book for the C# language.
Read more
Helpful
Report abuse

diy enthusiast
5.0 out of 5 stars Great book but not for begginners
Reviewed in the United States on August 16, 2013
Verified Purchase
I would recommend reading this book after Pro C# 5.0 and the .NET 4.5 Framework by Troelsen.

I found it not to have enough focus in some places otherwise great in-depth journey in the world of .NET and C# 5.0.

For reference purposes I would recommend C# 5.0 in a Nutshell: The Definitive Reference by Albahari.
Read more
3 people found this helpful
Helpful
Report abuse

Amr
5.0 out of 5 stars Good for beginners and professionals
Reviewed in the United States on October 28, 2013
Verified Purchase
I bought this to learn about new features like async await , more details about generics and so on . But reading chapter one only i learned things i knew for the first time like the internals of the JIT . I think the author did not write just another c# traditional book , the author was serious about this book and he put a lot of effort in it . Weather you learn c# for the first time or you are a c# programmer who wants to learn more i think you can benefit from this book .
Read more
2 people found this helpful
Helpful
Report abuse

Digital4Life
4.0 out of 5 stars Excellent book, perhaps too comprehensive for a beginner
Reviewed in the United States on October 21, 2013
Verified Purchase
The book is comprehensive- 1600+ pages. Whoever said "read from cover to cover" must have been reviewing the wrong book. While the book is well-written, concise, and provides an excellent history of the evolution of C#- it's more for an enthusiast programmer or computer science major, rather than someone initially learning the language.

Having a basic understanding of HTML and CSS, I have yet to get to the "meat" of the book, and am already 80+ pages in. Seems like it would be a good reference book for an expert programmer, or an extremely patient reader looking to commit his/her life to coding. I skimmed through other parts, and didn't really find "step-by-step" exercises as promised early on. I still find myself resorting to codeacademy.com to get my "hands dirty".

I'll keep reading, and if anything changes all of a sudden, I'll be sure to update this review.
Read more
2 people found this helpful
Helpful
Report abuse
See all reviews

Nick
5.0 out of 5 stars The C# "superbible"
Reviewed in the United Kingdom on August 11, 2015
Verified Purchase
Although there is not much more to say, I will still leave my review. (note: I have not finished the book yet)

This book is the "superbible" of C#. Even with the release of C# 6.0, this is what I believe still the best book to date. It is very thorough, and covers every little detail about the language. This raises the question: "is this the book I need?".
I would say yes, if you:
a) love learning/studying
b) want to become an expert in the field
d) need a reference book that you won't read from start to end

If you just want to learn the language and get started practically, I would opt for other options.
I also want to point out that it IS possible for readers without programming background to read this. You just have to dedicate time to it, meaning: Do not skip chapters!

Personally, I will read the entire book, but in time. With its 1700 pages it's not something you finish in a few days. Above that, every page is very dense.

Props to the author for writing this. He clearly knows his stuff and made us very happy :)
Read more
Report abuse

Hounsvad
5.0 out of 5 stars Weary instructual and easy to understand
Reviewed in the United Kingdom on July 19, 2018
Verified Purchase
I like the book but it arrived fairly dinged up around the corners
Read more
Report abuse

Amazon Customer
5.0 out of 5 stars Five Stars
Reviewed in the United Kingdom on May 13, 2017
Verified Purchase
Read more

Stephen Turner
4.0 out of 5 stars Not your first, or second, book on C# and NET, but a very interesting detailed look at the subjects.
Reviewed in Canada on July 27, 2014
Verified Purchase
My first thought is that it is very full of information, but the topics are a bit disorganized perhaps. For example, there is over a hundred pages of sometimes pretty arcane material re C# and NET and so on, then comes the command line 'Hello World' example. This is not a first book on C# NET, and probably not a second one either. I might suggest the Griffiths book for that. It really is crammed full of material, and given a little time to find your own way of reading it, it is well worth having.
Read more
Report abuse

Nick
5.0 out of 5 stars Brilliant book
Reviewed in the United Kingdom on August 13, 2013
Verified Purchase
Excellent book, going deep under surface of C# to explain details you normally take for granted. Strongly recommended even if you have read other books on C# / .NET
Read more
Report abuse
See all reviews
Back to top
Get to Know Us
Make Money with Us
Amazon Payment Products
Let Us Help You
EnglishChoose a language for shopping. United StatesChoose a country/region for shopping.
© 1996-2021, Amazon.com, Inc. or its affiliates