Add to Cart
$17.28
+ Free Shipping
Sold by: Publisher Direct
Have one to sell?
Sell on Amazon 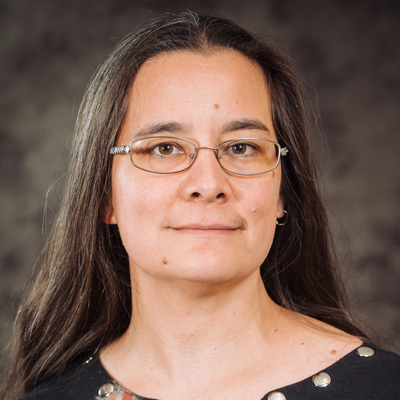 Tan, a baseball writer and die-hard New York Yankees fan, presents brief examinations of the 50 purportedly greatest games ever played by her team. The volume opens with the last-season game in October 1904, when 41-game winner Jack Chesbro flung a wild pitch, dashing New York's hopes of winning the American League pennant, and closes with Aaron Boone's walk-off homer against knuckleballer Tim Wakefield to defeat the Boston Red Sox in the 2003 American League Championship Series (ALCS). In between, Tan places Don Larsen's perfect game against the Brooklyn Dodgers in the 1956 World Series at the top of the Yankees's memorable contests, followed by game three of the 1932 fall classic when the Bambino supposedly belted the ""called shot,"" and the single-game playoff for the 1978 pennant when Bucky Dent's roundtripper broke the hearts of the Red Sox nation. Given the astonishing collapse of the Yankees in the final four games of last year's ALCS, this work already seems in need of an update. Nonetheless, it provides light enjoyment, with the appearance of all the usual suspects: Ruth, Gehrig, DiMaggio, Jackson, Jeter, and the rest. Recommended for general libraries.-- R.C. Cottrell, California State Univ., Chico (""Library Journal, May 1, 2005)

""Tan does a fine job choosing the most important contests from 100 seasons of Yankee baseball and recounting them in a gripping style . . . . developing entertaining, dramatic story lines."" (""Publisher's Weekly)

Where were you when Mickey Mantle hit a walk-off home run in the 1964 World Series? Does your great-uncle Morty still talk about the time he saw Don Larsen pitch a no-hitter? Have you gotten tired yet of telling the story about Aaron Boone's walk-off home run that won the 2003 pennant?

Every Yankee fan has a memory they will never forget or a game they wish they had been present to witness. Covering an entire century of New York Yankees baseball, The 50 Greatest Yankee Games brings together the best (and sometimes worst) moments experienced by the most successful sports franchise on the planet. From history-making plays to incredible individual achievements, from regular season games to playoffs to the World Series, Cecilia Tan deftly recreates the suspense, excitement, and drama on the field, putting you right at home plate as the action unfolds.

Drawing upon her extensive research, Tan devotes each fact-packed chapter to a single game, incorporating exclusive interviews with players, personal recollections, and quotes from newspapers and magazines of the time, as well as vintage photographs and trivia about the people, places, and events that made these games legendary. You'll hear from such Yankee greats as Yogi Berra, Al Downing, Whitey Ford, Joe Girardi, Dwight Gooden, Reggie Jackson, Phil Linz, Graig Nettles, and Roy White, to name a few. You'll also meet the not-so-famous figures who contributed to unforgettable moments in Yankee history.

From the triumphs to the heartbreaks, you'll be there as: Bert Daniels enters the record books in 1912 by hitting for the cycle. Babe Ruth performs the most debated gesture in sports history. Joe DiMaggio reaches one milestone on hisway to another. "The Wild Man" tames the Dodgers, but the Bombers fail to score. Bobby Murcer delivers the game-winning hit just hours after delivering the eulogy at Thurman Munson's funeral. Dave Righetti throws his no-hitter against the Red Sox. Don Mattingly shines, but Seattle savors the day.

Written with all the enthusiasm and spirit of a die-hard Yankee fan, The 50 Greatest Yankee Games captures all the mania, mystery, and magic surrounding the most popular baseball team of all time.

""Cecilia Tan has written a Yankee Doodle Dandy of a book. The reader is taken through the dramatic ebb and flow of the 50 greatest Yankee games. We learn a lot about the team from the Bronx in this fact-filled, entertainingly written opus. Should be required reading for all fans of the New York Yankees.""
--Harvey Frommer, author of ""A Yankee Century and The New York Yankee Encyclopedia""

Every Yankee fan has a memory they will never forget or a game they wish they had seen. Covering an entire century of New York Yankees baseball, The 50 Greatest Yankee Games brings together the best (and sometimes worst) moments experienced by the most successful sports franchise on the planet. You'll be there as: Babe Ruth performs the most debated gesture in sports historyJoe DiMaggio reaches one milestone on his way to another""The Wild Man"" tames the Dodgers, but the Bombers fail to scoreBobby Murcer delivers the game-winning hit just hours after delivering the eulogy at Thurman Munson's funeralDave Righetti throws his no-hitter against the Red SoxDon Mattingly shines, but Seattle savors the dayDerek Jeter saves the game and the season with a ""shovel pass""

From the Yankees' first World Series to the pennant race that pitted Joe DiMaggio against Ted Williams to the Bucky Dent home run game, you'll have the best seat in the stadium as you experience all the excitement and drama. Featuring fascinating anecdotes and vintage photographs, The 50 Greatest Yankee Games is the perfect book for every Yankee fan and anyone who cherishes the game.

""Tan does a fine job choosing the most important contests from 100 seasons of Yankee baseball and recounting them in a gripping style . . . developing entertaining, dramatic story lines.""
--""Publisher's Weekly""

CECILIA TAN was born in New York City and raised a Yankee fan by her dad. She is a staff writer and columnist for Gotham Baseball magazine and has written features for ""Yankees Magazine,"" ""Mudville,"" ""Baseball Ink,"" ""Baseball Today,"" and ""Picto."" Tan was formerly a columnist for ""Yankees Xtreme"" and a staff writer for ""Yankeebaseball.net."" She produces her own online baseball magazine, ""Why I Like Baseball,"" and is a member of the Society for American Baseball Research.
Read more

Start reading The 50 Greatest Yankee Games on your Kindle in under a minute.

3.2 out of 5 stars
3.2 out of 5
7 global ratings
How are ratings calculated?
To calculate the overall star rating and percentage breakdown by star, we don’t use a simple average. Instead, our system considers things like how recent a review is and if the reviewer bought the item on Amazon. It also analyzes reviews to verify trustworthiness.
Top reviews

Eric Paddon
1.0 out of 5 stars A Major Disappointment
Reviewed in the United States on March 10, 2005
Verified Purchase
This book was not what I had hoped to see. 50 games are given the same kind of thumbnail sketch that I've seen too many times before in so many other books that the end result is an end product that just seems like a slapped together collection of information anyone can glean from books already out there. And if that isn't bad enough, some of Tan's choices for the 50 Greatest Games are mindboggling in their stupidity when contrasted with what gets left out. Who in their right mind would say that a game where Tony Fernandez hit for the cycle in 1995 was greater than Game 2 of the 1995 ALDS with Jim Leyritz's two run HR in the 15th inning? Or that the Jeffrey Maier game of the 96 ALCS should be left out, along with Games 4 and 5 of the 2001 WS? I almost got the feeling that Tan didn't want to write about multiple games from a particular postseason because that would have required too much effort on her part. Indeed, most of the lead-in for a game description consists of a recap of the entire season up to that point (which in itself eats up much of the brief time allotted for the game), and to do more than one game for a particular postseason would have required more detailed about the game and less filler time.

You also would have thought that Tan would at least go to the trouble of providing box score information on the games profiled, but we don't even get something convenient like that. And her description of the Babe Ruth called HR game contains a howling error when she reprints the so-called "Radio call" of Cubs broadcaster Quin Ryan. That call is a phony recreation done long after the fact, and Tan should have known that.

Books like this are IMO the worst kind because all they do is give the most rudimentary thumbnail sketch of a game without attempting anything fresh or insightful. If one is not as much of a hardcore fan and wants just an introductary primer to some of these games, it can perhaps be useful, but for the serious Yankee fan, don't waste your money.

Phil Speranza
5.0 out of 5 stars The Best Of History
Reviewed in the United States on April 28, 2005
You read her in Yankee Magazine, you read her on her website, heck you even read her on the message boards of BehindtheBombers.com. Some of you may have read some of her earlier works as well. How do you write a book on the Greatest Games of an icon in sports history? That task sounded difficult to me but Ms Tan has taken that task and made it most enjoyable.

The author takes us through the history of the mighty Bronx Bombers and through the magic of her pen she brings us back to the games we grew up with. Her thorough research and interviews covers memories from every generation.

I asked myself how could you pick only 50 games from the multitude of games the Yankees have played? Well after reading the book I couldn't think of a single game she missed. From the obvious perfect games to the oblivious Andy Hawkins no hit loss it is all there. She drives us through the dynasties to the lean years and back again. She dusted the cobwebs out of the pinstriped portion of my brain for sure.

Cecilia Tan has a hit on her hands with this book. Whether you a baseball historian of just love the lore of the game you should go out buy this book and pick one up for the Yankee fans on you gift list they will thank you for it.

A reader
4.0 out of 5 stars Excellent writing, presentation fair
Reviewed in the United States on April 7, 2005
Greatest games books can be very boring; this one is anything but. The 50 greatest Yankees games are intelligently selected and thoroughly covered in 50 separate essays. The writing is solid and entertaining. However, the design of the book, with no box scores and only a tiny separation between each game essay, could be better.
Read more
5 people found this helpful
Helpful
Comment Report abuse

vtfirefighter32
5.0 out of 5 stars What do you get the die-hard Yankee Fan? This DVD
Reviewed in the United States on March 8, 2007
My best friend is a die-hard Yankee fan and LOVES tis DVD! One of his top Yankee DVDs.
Read more
Helpful
Comment Report abuse

Peggy Johnson
5.0 out of 5 stars The 50 Greatest Yankee Games
Reviewed in the United States on March 8, 2008
I received the book quickly and well packaged. The book was in excellent condition. Thank you
Read more
Helpful
Comment Report abuse
See all reviews