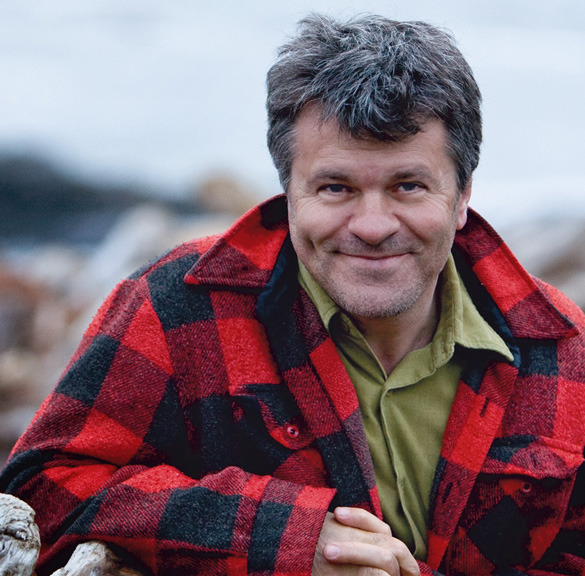 “This is a wonderful documentary portrait, a personal cross section of the country in a post-industrial, complicated moment in time.”
—Ken Burns, documentary filmmaker (The Civil War, Baseball, Prohibition)

“You want authentic? Look at the guy on the cover. He’s the real deal, just like everyone else in 50 Main Street. This book matters. Not because it’ll make you smile, and not because it’s filled with pretty pictures. It matters because it’s authentic. 50 Main Street is a genuine tribute to strangers you’ve always known, and old friends you’ve never met. It’s a journey back home, no matter where you come from, or what your address might be.”
—Mike Rowe, Dirty Jobs

“As a lover of people, places and pictures, I get a wonderful, warm feeling looking at this book and it was fun seeing my name mentioned in it.”
—Dolly Parton

“This book shows that the success of one man’s dream is a reason for us all to dream.”
—John Mellencamp

“This work is not a style manifesto, it is not radical in brand new photographic strategies . . . it does not have to be…as it follow she path of deep experience within all of human history . . . the experience of deep optimism and kindness. Each picture rests in the belly of the soul of generosity . . . in doing so they give one a view of America which has been diminished and needs to be revisited . . . Piero is a visualist of profound moral worth. His pictures allow one to hope and smile . . .”
—Larry Fink, photographer

“50 Main Street is an epic achievement. It gives me a real sense of who we are in this country, as individuals and as a whole. Whether we are from the East, the West or the heart of America we are all different yet similar. I really appreciate the sense of commonality and community expressed in this book.”
—Wayne Wang, film director (The Joy Luck Club, Smoke, Snow Flower and the Secret Fan)

“50 Main Street is a big, wide-open window into the heart and soul of America. Insightful, gorgeous, and deeply moving.”
—Larry Samuel, author of The American Dream: A Cultural History

For his ambitious and uplifting book of photos, Ribelli (Jah Pickney: Children of Jamaica), an Italian émigré, embarked on a six-year mission “to fight discord,” argues historian Douglas Brinkley in his foreword. Visiting 50 towns in 50 states, and one address—50 Main Street—he tells the stories of 50 Americans and their families. In California, George Sylva escapes a violent childhood in East L.A., joins the Navy as a combat cameraman, then builds a career in Hollywood before opening a boxing gym, where he helps teens troubled by gang violence. In Westfield, Mass., a doctor, Angel Morales, one of nine children sent to orphanages after his mother’s illness, becomes the first person in his family to go to college. Pearl Harbor has no such address (it was destroyed in the 1941 attack), so Ribelli meets Robin Tupa at her office at 174 Main St.—the lowest of the remaining addresses. Ribelli’s subjects are posed at home, work, and play, and he includes many supplementary photos to capture the essence of a place, usually with success, such as his shot of a nearly empty Jersey Shore. Some photos approach postcard cliché, though, such as a misty shot of the Oregon coastline. Ribelli’s experiences and perceptions are interwoven with his written profiles, and while at times distracting, they reveal an enthusiastic storyteller.
—Publishers Weekly

At age 27, Piero Ribelli left Italy, moved to the United States, taught himself English, and started a new life as a professional photographer. Ranging from travel, portraiture and photojournalism, his photographs have appeared in magazines around the world He lives in New York City. Douglas Brinkley lives in Austin, TX. Mike Rowe lives in San Francisco.
Tell the Publisher!
I'd like to read this book on Kindle

4.6 out of 5 stars
4.6 out of 5
22 customer ratings
How does Amazon calculate star ratings?
Amazon calculates a product’s star ratings based on a machine learned model instead of a raw data average. The model takes into account factors including the age of a rating, whether the ratings are from verified purchasers, and factors that establish reviewer trustworthiness.
Top Reviews

Tiziana
5.0 out of 5 stars An absolute wonderful read/look!
Reviewed in the United States on June 11, 2020
Verified Purchase
A great idea, one of those that artists working in any media would like to have had. And so beautifully executed!! The pictures are great! Bravo Piero Ribelli!
50 Main street brings you inside of what America is, and thus inside of each of us, by touching and defining its essence, as it happens more often than not when it is a non American who knows America well that looks at it and sees it with a pair of fresh, unadultered eyes. I highly recommend it, not to mention that it looks beautiful on your cofffee table and immediately becomes a conversation piece with guests.

Megan E. Hardwick
5.0 out of 5 stars A "must have" book that celebrates the heart of America.
Reviewed in the United States on January 26, 2013
Verified Purchase
Written & photographed by someone who embodies the American immigrant story, Piero Ribelli's "50 Main Street" captures the diversity and heart that is the USA. Piero's personal story -- that of having come from an Italian family of modest means in search of the American dream (his to become a professional photographer) -- comes through in the stories he recounts and the relationships he forged while visiting all 50 of our beautiful and extremely diverse states. I found myself wanting not only to visit all the same places but also to meet the amazing people he did. Until I can accomplish that, I'll be very happy having Piero's book to transport me. Oh & I bought five copies because I loved it so much!

bestlab
5.0 out of 5 stars Mikey - (Mike Rowe) liked this
Reviewed in the United States on May 27, 2014
Verified Purchase
Bought it used on the basis of a review on Mike (Dirty Jobs) Rowe's facebook page - Great to look through while enjoying the spring afternoons - quaity photos, printing and binding - so-so editorially but better than most travel books.
Read more
Helpful
Comment Report abuse

Elizabeth A. Schubert
5.0 out of 5 stars Wow!!!!!
Reviewed in the United States on February 15, 2013
Verified Purchase
Very, Very good book. Well done, pictures were great. The 55 Main Street for Maryland article well written. Just so happens the person featured is a lovely lady from our area & we happen to know her. I have enjoyed reading the various streets inmost of the book. Well spent money for the book. Learned a lot of neat things about people & how they live.

joanjamdown
5.0 out of 5 stars Destination : 50 Main Street
Reviewed in the United States on September 9, 2012
Verified Purchase
50 Main Street is a journey across America that is wonderfully written, and beautifully captured in photography. The stories are so well written, and he captures people and places that you leave feeling as though you've been there and met these people. This book reminds me of a quilt, with bits and pieces of this country and when put together gives you a wonderful, warm, keepsake! Congratulations Piero. I thoroughly enjoyed this book.
Read more
2 people found this helpful
Helpful
Comment Report abuse

Amazon Customer
5.0 out of 5 stars Amazing concept
Reviewed in the United States on August 6, 2012
Verified Purchase
Okay, it's a big book, but it's the tiny details that make it so great. The author goes beyond the wonderful photographs to paint vibrant verbal portraits of the subjects. For a quality, beautiful photographic book with the addition of such wonderful stories, this is a bargain.
Read more
4 people found this helpful
Helpful
Comment Report abuse

DENNIS LEE BOTTENFIELD
5.0 out of 5 stars Great book, great service.
Reviewed in the United States on April 5, 2014
Verified Purchase
my purchase arrived ahead of schedule and to my pleasant surprise I received a hardback coffee table book in place of the used paper back I ordered. I only purchased the book in order to read my uncles interview from Nelson, Ne. We've all enjoyed all of the interviews.
Thanks, Dennis