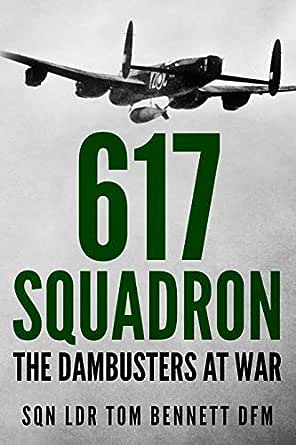 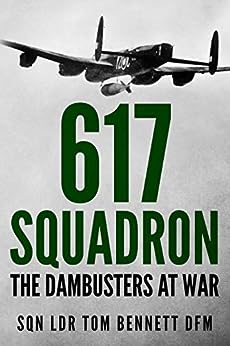 A. Carter
3.0 out of 5 stars Should Be Titled Stories of the 617 Squadron
Reviewed in the United States on November 22, 2020
It's not clear what purpose the author intended this book to serve. It's not a history of the 617 Squadron, though some history is provided in the prologue and its not a comprehensive examination of the squadron's various missions during the war, nor does it tell us much about the precision bombing skills its men developed for the dambusters raid, how they developed them, and why those skills were so important for later missions. Admittedly, the latter is hinted at, but it is not developed in any systematic way that allows the reader to fully appreciate their importance.

What the book does do and it does it very well is to tell the story about what the men of the 617 squadron faced on a number of runs. The book focuses on some specific bombing missions and on the experiences of a specific crew. The author does not explain why he focused on those missions instead of others. Were they representative of the post-dambusters missions the squadron flew or were they the toughest they flew? The author' profiles a different crew for each mission he examines and paints a compelling picture of what the men of that plane encountered on the mission and the pain and loss that many endured. We are never told anything about the other planes that flew on the mission or about what happened to them. In the end, the book reads like an anthology of loosely related stories.

The book has a number of problems. It appears to have been first published 40 years after the end of the war. Yet it quotes extensive conversations between men. Certainly, the events the men endured would be seared into their memory, but it defies credulity that anyone can remember verbatim lengthy conversations from 40 years earlier. Which brings up another problem, oftentimes the book reads like a novel with the story of the men on the missions being told by an omniscient narrator who in some instances even tells us what some of the men were thinking, again 40 years earlier.

The book raises questions and then makes no attempt to answer them. For example, the author describes the Politz mission and explains that many of the men harbor ill feelings toward the officers who planned and ordered it. According to the author the mission sent the squadron to its flying limits. Taking off in marginal weather, flying to operational limits, and as the planes returned having orders about where to land changed and then changed again would gave the men grounds to complain, but the author never tells us why those who ordered the mission thought it was so important. They may have had good reasons or bad reasons, but we are never told and it would be interesting to know.

The sad thing about the book is that it is a missed opportunity. The dambusters raid, which deserves to be remembered, was already fading from the collective memory when the book was first published. Had the author started his history with that raid and the training leading up it he could have helped to restore the raid to the collective memory with the words of the men who planned and flew it. The latter is no longer possible and today the raid is not just forgotten, but unknown to all but an ever shrinking number of people. Unfortunately, this book will do little to fill that collective ignorance.
Read more
Helpful
Comment Report abuse

Dorayne DeMoore
5.0 out of 5 stars Exciting
Reviewed in the United States on November 2, 2020
Reading this book is like watching an exciting World War II movie - the action just keeps coming! This is the story of a British bombing crew - their various missions, dogfights, accidents and successes.
Two things particularly impressed me - the eagerness with which these young men volunteered to fly dangerous missions and the extensive training they received. One is impressed by the friendships they forged and their respect for one another,
The format is somewhat unusual: a brief history of the squadron leads into separate accounts of individual careers and various missions. There is inevitable some overlap, but it is handled well and there is no confusion. This book is also well-written. There is some technical terminology (the author has thoughtfully provided a glossary in the appendix), but this doesn’t cause any confusion.
Of particular interest are the accounts of the bombing of the great German battleship Tirpitz and the subsequent ditching of a plane in Norway, where the crew was captured and eventually repatriated.
Because there are so many stories of individuals, the reader is engaged and can’t help but emerge with a sense of admiration for these skilled, intelligent and dedicated heroes, who helped save the world.
Read more
Helpful
Comment Report abuse

DavidO
4.0 out of 5 stars Great insightful read!
Reviewed in the United States on November 8, 2020
This is a great book to get the insight of who flew the missions and the outstanding relationship they had among themselves. This group of aviators transcended the idea of it just being their job, to an amazing show of partners working together, doing their tasks and jobs at the highest level.
If you are interested in aviation for WWII than this is a great read.
Read more
Helpful
Comment Report abuse

Amaxon Customer
2.0 out of 5 stars After the Dams
Reviewed in the United States on November 22, 2013
During WW II, Lancaster bombers carried huge loads- 8,000 lbs of bombs and more. They were the premier heavy bomber of the RAF. Using them, a specialist squadron, 617, attacked viaducts, defense plants like Limoges and Toulouse, France (bombing within the targets). With Tallboy bombs, cracked sub pens and other concrete structures. These were true 'earthquake' bombs.
This story picks up after the famous low-level dams raid, picking up with later ops and crews. There are mock recreations of the dialogue between squadron members and their mates- they do enliven the usually dry mission summaries.
See also:  No 617 'Dambusters' Sqn (Aviation Elite Units) .
Read more
Helpful
Comment Report abuse

Ron Baumer
4.0 out of 5 stars A great Aviation read
Reviewed in the United States on November 15, 2020
An interesting read on a well known British air squadron in WW2. The author does an outstanding job of presenting stories of missions performed by the group and weaving in personal accounts of the crews who participated in the mission. The book will hold your interest.

Thank you to #NetGalley for the ARC in exchange for my honest review.
Read more
Helpful
Comment Report abuse

Amazon Customer
4.0 out of 5 stars Informative and entertaining military history.
Reviewed in the United States on November 3, 2020
A fascinating look at a small slice of World War II. The author does a good job of detailing select missions of the 617 Squadron and providing interesting background on some of men who flew.

While I felt the book suffered some from technical problems, overall it’s a good read for anyone interested in military history.
Read more
Helpful
Comment Report abuse

Kilbaddy
4.0 out of 5 stars What really went on inside the cockpit of the wartime Lancaster bomber.
Reviewed in the United Kingdom on November 3, 2020
Verified Purchase
This book is special in several ways. It is the story of the famous Dambusters during the second half of WW2 and their unique and powerful camaraderie both as a squadron and as individual aircrews forced to trust each other implicitly inside the cockpit during acute emergencies in the air. It is as near to a historically accurate record as the author can establish ‘from the cockpit eye view’, with some details being recorded for the first time, both of which are rare. Most of all it is a tribute to those who flew the Lancaster bombers for months on end, some surviving to thrive in the future, some who struggled and all too many who did not make it back to base.
Don’t be put off by the prologue which hammers through a list of ‘what they did next’ after the bouncing bomb episode and lists all those involved. The exciting bits are coming, bringing these events and characters to life in vivid and gripping detail, mainly through the eyes of those within the individual Lancaster bombers. The knowledge that the writer is describing real events in which he or those he knows participated creates an immediacy which no fiction can emulate. Each crew has its own dynamic, with the frequently irreverent personalities of the members welding together in mutual trust and support – or occasionally not. The details bring home the dangerous euphoria and wildness which is sometimes necessary to keep the men going. A useful glossary helps any reader unaccustomed to Airforce slang of the time, but the brisk, slightly militaristic writing and excellent dialogue make for a highly readable and often touching story of human endeavour and courage. Even the individual planes take on personalities.
The last section describes what happened, between the end of the war and 1986 when the book was originally published, to the individuals already described and what life held for them. What comes over starkly is how very young most of the aircrew were when in charge of those huge bombers and their equally huge bombs and how much they achieved in very short spans in their lives, both in learning the many skills required and in using them to devastating effect.
Read more
Report abuse

herb hardidge
4.0 out of 5 stars Amazing
Reviewed in Australia on November 22, 2020
Verified Purchase
it was a very good read and what those men went through was unbelievable
Read more
Report abuse

Price concious
3.0 out of 5 stars Three Stars
Reviewed in the United Kingdom on June 29, 2014
Verified Purchase
Bought for a friend- he's happy with it.
Read more
Report abuse
See all reviews