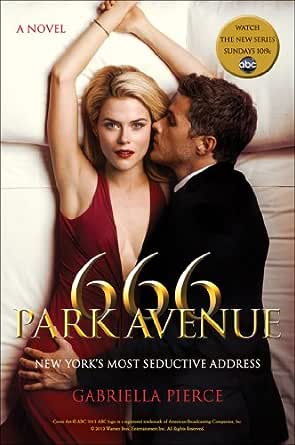 You've subscribed to 666 Park Avenue Novels! We will preorder your items within 24 hours of when they become available. When new books are released, we'll charge your default payment method for the lowest price available during the pre-order period.
Update your device or payment method, cancel individual pre-orders or your subscription at
Your Memberships & Subscriptions 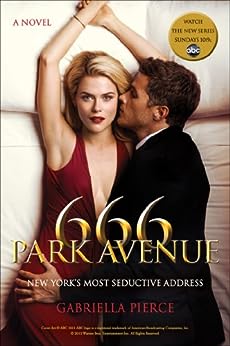 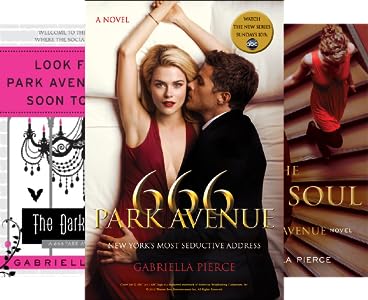 Rosemary's Baby meets Buffy the Vampire Slayer in this breezy chick lit thriller about an American in Paris swept off her feet by a rich-and-good-looking New Yorker with some very dangerous secrets. Then again, aspiring architectural designer Jane Boyle has some hidden skeletons of her own, which she discovers when her estranged grandmother Celine leaves a death-note revelation that clueless Jane comes from a long line of witches. What follows as Jane moves with her handsome fiancé Malcolm Doran to Manhattan's Upper East Side is a frightening cascade of wickedness that forces Jane to match witchy wits with Malcolm's mom-from-hell, Lynne, negotiate a mansion-full of Mean Girls and a Boo Radley-like stalker—and test drive her own considerable powers. A scary face-off between Jane and Lynne is both hilarious and exciting. And though the frantic and elaborate finale may leave the future of fledgling witch Jane in question, first-time author Pierce neatly leaves open a creaky, spooky door for a slew of sequels for fans of gothic social climbing and the supernatural. (Feb.)

Jane Boyle can�t believe it when fabulously wealthy American Malcolm Doran comes into her life and sweeps her off her feet. An orphan raised in the rural Alsace region of France by a superstitious, overprotective grandmother, she moved to Paris to study architecture. But after a whirlwind courtship and engagement, Jane agrees to leave Paris and return to New York with Malcolm. Shortly before leaving France, Jane discovers that she has magic powers�she�s a witch. And when she meets Malcolm�s family, one of the oldest and most powerful in New York, she knows that her magic will be useless against them, especially Malcolm�s very intimidating mother, Lynne. But as her wedding day gets closer, Jane discovers that there�s more to the Dorans than she thought, and her magic might be the only thing that will save her. Pierce�s first novel is a clever, engaging story for those who like their Gossip Girl tales with a little edge. --Hilary Hatton
See all Editorial Reviews

Warring witches and stolen magic, set in the heart of New York City, this book has a lot to offer. My only complaints are that not very much time was spent going into the history of the witch families and the ending was abrupt and very much a cliffhanger. Luckily there are two more books in the series to the loose ends to be tied up and the history to be explored in.

Vickie Woodard
5.0 out of 5 stars SO MUCH BETTER THAN THE TV PROGRAM
July 19, 2013
Format: Kindle EditionVerified Purchase
I don't watch soap operas, but I got hooked on 666 Park Avenue when it debuted in the fall of 2012. There was black magic in a continuing story, so it might as well have been a soap opera.
Then it was cancelled with so much left unresolved.
Last Saturday, 7/13/13, was the final episode, unless the series gets picked up by SYFY or a similar network. Since I couldn't wait, I looked through the files Amazon maintains.
This book is SO much better. (So was Jurassic Park, Frankenstein, and True Blood and the three part Lord of the Rings, to name a few.) Forget what you saw on that boob tube, aside from a few characters who've retained the same names, this is a vastly different story.
Jane Boyle was orphaned at less than a year old when her parents were killed in a car wreck. She's shipped from the U.S.A. to be reared by her maternal grandmother in a small village in France. Jane thinks her grandmother is mental; the woman sees dangers in every shadow and refuses to install a phone. Yet when Jane nearly drowns in a pond and wishes for the woman she instantly materializes and saves the child's life.
When Jane goes to college to become an architect, she vows never to return to her childhood home.
She meets with success in her chosen profession and has become a personal buyer of antiques.
Enter Malcolm Doran, rich American.
Jane can't believe this Adonis would even look at her. They wind up in bed on their first night and every night after for several weeks. Malcolm proposes to Jane.
She decides she should visit her grandmother before leaving for Malcolm's home in NYC.
Things aren't quite right when the two pull in, little things. They open the door to find her grandmother dead. A hidden letter in Jane's old room tells her she is a witch. It explains why the topic was not discussed when Grandmother was alive.
The envelope also holds a plain silver ring, one that suddenly gives her the power to read most peoples' minds. It will amplify her powers in the future as well.
Jane and Malcolm hold a funeral for Jane's grandmother and Jane can barely stand it. Every villager has something crude to think about the girl who never returned for a visit. Some even think she was guilty of murder. Jane runs out on the proceedings.
Back in NYC, Malcolm introduces Jane to his huge family. All the aunts and cousins live together under one roof. Malcolm's mother, Lynn Doran, runs the show. After introductions, Jane finds one wall dedicated to the family tree.
Lynn plans the wedding like a general planning a battle. She expects her word to be law and her opinion to be the only one. When she hears that Jane plans to work she explodes. Jane goes on the interview anyway and finds the person who was once so enthusiastic, now hates everything about her.
It happens all the time: what Lynn Doran wants, Lynn Doran gets.
But Jane runs into a few people who can help her develop her talents. They work together, but that puts them in danger of suffering the wrath of Lynn.
I can say no more. This is an action packed, friend in need, where do I hide, kind of story with a blurry line between the good guys and the bad guys.
ABC lost out when they rewrote the script.
Read more
One person found this helpful
Helpful
Comment Report abuse

Sheryl Rentschler, author
4.0 out of 5 stars Fun and inviting first book, a witchy romp!
January 27, 2012
Format: PaperbackVerified Purchase
Great first book and I look forward to this becoming a real series. It is more than a cozy and less than a literary excursion. Ms. Pierce has woven a witchy tale that has layers of intrigue, no one is to be trusted and nothing is as it seems on the surface. We are given a basic story: young woman with no family to speak of has whirlwind romance, loses last family member, inherits magic (and discovers she has her own), moves to Manhatten and meets fiance's family, discovers New Family are powerful and deadly witches and thus begins an all out adventure. Won't spoil the rest of the story but trust me, this first book sets up the second (and even better book) deliciously.

It took me a bit to get into our heroine, maybe because I wasn't sure of her personality or her motivations but slowly her character evolved (mostly due to influences outside of her) with the assitance of the friends we meet who will end up taking this witchy adventure with her.

Women are the power in this series but they guys here are also interesting, compelling and mysterious, too.

One last comment: ABC has recently planned a new 2012 Fall pilot "based on the book," they say. Well, the advertised pilot is NOTHING like this book. Shame on ABC and goodie for the reader -- THIS story is worth reading. Beware of TV pilots that "use" popular books to draw interest but don't have the juice. ABC advertises a couple who take on high rise mgmt only to discover the tenents have made deals with the Devil. That has NOTHING AT ALL to do with this book/series.
Read more
One person found this helpful
Helpful
Comment Report abuse

Steven Strang
3.0 out of 5 stars It's not the TV series
January 11, 2013
Format: Kindle EditionVerified Purchase
I bought the novel based on my enthusiasm for the TV series. Other than the title, there is no connection between the two. TV's Drake Hotel with all its devilish doings is, in the novel, a manison inhabited by one weird family. The novel is much more a combination romance-chick novel with a bit of occult tossed in (e.g., lots of fashion names tossed around). After getting over my disappointment about the lack of connection, I found the book a good beach read (even though there were no endurable beaches in Dec. in MA). The novel is a set up for a continuing series following the main character on a combination of quests and hiding from those out to get her. Nothing in the novel made me go back on Amazon and buy the next book in the series. But the heroine is plunky and interesting and the occult bits are imaginative. I'd say it's worth a read, particulalry if you have no expectations based on the TV series.
Read more
One person found this helpful
Helpful
Comment Report abuse

HD Eyes
5.0 out of 5 stars I'm hooked!
December 29, 2012
Format: Kindle EditionVerified Purchase
After watching the television series on T.V. I decided to try out this book. Although it is completely different from the television show, I did find the book a good fast read. I think what I like best about this book and book 2 in the series are the characters. Jane, who finds love and moves to NYC, begins to unravel dark hidden secrets, not only with her new husband and his new family, but with herself. I don't want to give anything away, so I will leave it at that. My favorite character is the mother in law, from HELL! She can be a real witch at times. As soon as I finished this book I went right into book 2. Now, I am waiting for the third one, which comes out in February 2013. Till then, I am finding it hard to find a good Supernatural, Love Story, Thriller, like this.
Read more
One person found this helpful
Helpful
Comment Report abuse
There are 205 customer reviews and 207 customer ratings.
See all 205 customer reviews
Write a customer review