You've subscribed to Quick Mystery Short Stories! We will preorder your items within 24 hours of when they become available. When new books are released, we'll charge your default payment method for the lowest price available during the pre-order period.
Update your device or payment method, cancel individual pre-orders or your subscription at
Your Memberships & Subscriptions
There was an error. We were unable to process your subscription due to an error. Please refresh and try again. 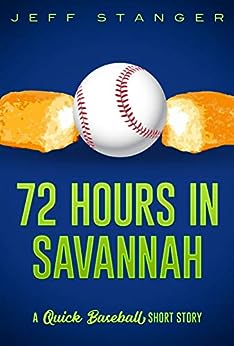 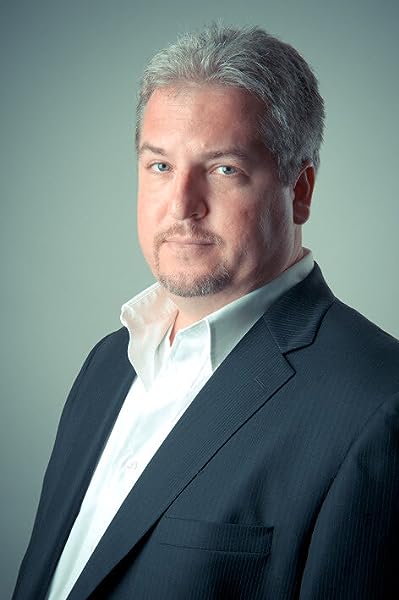 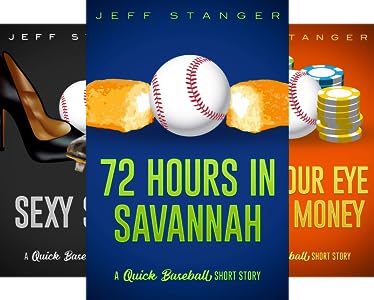 Jeff Stanger writes funny novels that usually have the game of baseball as a backdrop. You don't have to be a student of the game or even a fan to enjoy them, however. There is enough mystery, danger, and even romance to keep you on the edge of your seat. His current work includes the Quick Baseball Mystery Series which follows the exploits of a rare baseball memorabilia dealer who always seems to land himself in the middle of a criminal case to be solved. The first installment, The Fungo Society, finds Quick at Spring Training trying to find a rare game used jersey. Along the way, he meets a group of old ballplayers named the Fungo Society. Think Bull Durham meets Grumpy Old Men meets Oceans 11!
In addition, Stanger has written Trolley Dodgers which follows the Midwest college town of Bloomington, IN as they try to buy the Los Angeles Dodgers. He also wrote Kansaska, a funny look back at the semi-pro minor leagues of the 1940's.

Silver Screen Videos
4.0 out of 5 stars A Solid Double
Reviewed in the United States on October 13, 2018
Verified Purchase
It seems like anyone can be a private investigator, no matter what their full-time occupation is, but I’ve never come across a detective with quite as unusual a day job as Quick, the hero of Jeff Stanger’s offbeat mystery novelette, “72 Hours in Savannah.” Quick (if the author mentioned his first name I missed it) is a baseball memorabilia collector who winds up right in the middle of a murder mystery and has to get past a couple of curveballs to solve the case.

Not surprisingly, based on the title, the story takes place in Savannah, GA, where a friend of Quick’s who is the equipment manager for the local minor league team calls Quick and asks for help in investigating the murder of the team’s groundskeeper. The murder weapon may be the most unusual ever in crime fiction, a 70-year-old championship trophy from the team’s trophy case. One quick look at the trophy case, however, makes Quick realize that a second trophy from the case is now missing, and he eventually figures out that the missing trophy is the key to, literally, some long-buried treasure for which the killer is hunting.

“72 Hours in Savannah” is a breezy, fast-moving book (it’s only about 40 pages long), with a fair amount of humor. Author Stanger recognizes the inherent absurdity of building a murder mystery around a baseball memorabilia collector and the notion of stabbing someone to death with a decades-old trophy (I’m still trying to figure out just how the killer pulled that off). As you might expect, the plot isn’t all that complex, and it’s relatively easy to figure out who the killer is. The nature of the missing treasure, however, is somewhat unusual, and it turns out that the treasure isn’t long-buried doubloons and pieces-of-eight, but, instead, something that’s entirely in keeping with the theme of the book. Baseball fans will enjoy the author’s references to the sport, while non-fans may get a bit of an education. In addition to the information the author provides about baseball, the author throws in some other, not-so-pleasant references to Savannah’s racially segregated past that are also rather interesting, although I wish he’d been able to go into greater depth.

Despite the book’s short length, Quick manages to get himself clunked on the head twice and stabbed once over the course of those 40 pages. Mystery plotting isn’t the author’s strong suit, and he winds up writing himself into a corner after one of Quick’s encounters with the killer, following which the killer has Quick dead to rights. The author concocts a rather weak, unbelievable resolution to that scenario, which seems written solely because the book would come to a rather abrupt and unpleasant end otherwise.

While there are lots better pure mysteries out there than “72 Hours in Savannah,” the book is still an entertaining, humorous way to spend an hour or two with an author who knows his baseball and his southern culture. I’m not sure how many storylines the author can create featuring Quick and his highly specialized area of expertise, but it’s pretty easy for readers to go along with the story in this one. “72 Hours in Savannah” isn’t a home run, but it is a solid double.
Read more
Helpful
Report abuse

Kindle Customer David
5.0 out of 5 stars Excellent and fun book!
Reviewed in the United States on November 11, 2020
Verified Purchase
This was my second book that I have read in the "Quick" series and they are really fun to read. Mr Stanger has a great sense of humor, he's quite clever with the mysteries AND he knows what he's writing about! Grab one and get to reading!
Read more
Helpful
Report abuse

Erik R. Deckers
5.0 out of 5 stars Fun story for Minor League Baseball nerds
Reviewed in the United States on September 7, 2019
Verified Purchase
A nice story that goes quickly for mystery lovers and baseball fans. I also loved the Chaim Witz reference near the end and got a little thrill of recognition.
Read more
Helpful
Report abuse

Amazon Customer
5.0 out of 5 stars Funny and an easy read!
Reviewed in the United States on July 30, 2016
Verified Purchase
I really enjoy this series. You don't have to be a baseball fan to love these! Each time I start one of his books, I can't put it down!
Read more
Helpful
Report abuse

Ami A.
5.0 out of 5 stars Entertaining mystery with a sprinkling of humor!
Reviewed in the United States on May 13, 2020
This short story is fast-paced and entertaining and I enjoyed it very much even though I’m not really a big baseball fan. I do like mysteries though and this one has several twists and surprises. I love the humor that is sprinkled throughout.

I don’t know if it’s the fault of my Kindle but I think the formatting needs work and a bit of editing for grammatical errors.

Disclaimer: I received a copy of this ebook from the author and this is my honest and freely given opinion.
Read more
Helpful
Report abuse

Sahar's Beaded Creations
5.0 out of 5 stars Humorous Mystery
Reviewed in the United States on June 29, 2020
I enjoyed this short mystery. I found myself laughing aloud quite often. Quick’s friend is accused of murder, and he sets out to find the real killer. Is he up to the task? What about that “pirate treasure”? Is there such a thing, and will Quick find it? If you are looking for a short story with a mystery and a whole lot of humor, this might fit the bill.
Read more
Helpful
Report abuse

Bunnie
5.0 out of 5 stars Great big story in just a few pages!
Reviewed in the United States on April 27, 2021
This was a great short story. It was impressive to me that he got so many details into so few pages! It was interesting and funny, even the name of the main character Quick, was cause for a few extra grins. He got all the details tied up by the end of the story and it actually made sense!.
Read more
Helpful
Report abuse

JEMc
5.0 out of 5 stars Quick and fun read
Reviewed in the United States on January 18, 2021
Aptly named, "Quick" is the main character of this short story. It's a fun read dealing with murder, pirate legends, and sports memorabilia. I'll look now for the rest of the series. I got a free copy from an authors' email list and it's also free on Amazon Prime. You'll enjoy it.
Read more
Helpful
Report abuse
See all reviews

Kindle Customer bopkworm 4878
5.0 out of 5 stars Loved it
Reviewed in the United Kingdom on January 16, 2019
Verified Purchase
Great story, plenty of humour, plenty of action, plenty of baseball details. Just my sort of book. Read it, you won't be disappointed
Read more
Report abuse

RUBY NEWMAN
4.0 out of 5 stars Nice little read.
Reviewed in the United Kingdom on August 10, 2016
Verified Purchase
Nothing heavy. Just a pleasant way to spend time waiting for an appointment.

Would like to see more from this writer.
Read more
Report abuse
See all reviews