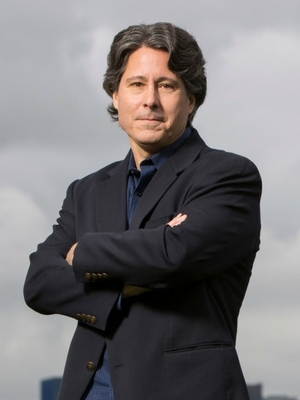 “The 7th Canon delivers on everything it promises, a courtroom thriller extraordinaire that successfully harvests every staple of the genre while plowing plenty of new ground in the process. A stunning achievement from a writer destined to become a household name.” —Providence Journal

“Dugoni has given the reader another gem of a story, full of action-packed scenes, intelligent plotlines, and very real characters.” —Suspense Magazine

“Robert Dugoni delivers plenty of mystery and courtroom antics in his latest high-stakes legal thriller. The courtroom scenes are top-notch, but even better are the pages dedicated to the investigation.” —Book Spy

“Readers of the Tracy Crosswhite series will appreciate Dugoni’s trademark talent for weaving together multiple storylines, while newcomers will delight in his male protagonist, a man who, like Tracy, has his own secrets with painful ties to the case at hand.” —Bookreporter

“In The 7th Canon, 1980’s San Francisco comes to life as Dugoni crafts a page-turning thriller with flawed heroes and a deep knowledge of his subject.” —Authorlink

“Dugoni has put the thrills back in the genre.” —Nelson DeMille

“Dugoni [is] the undisputed king of the legal thriller.” —Providence Journal

“Scott Turow fans should add Dugoni to their list of must-reads.” —Library Journal

Robert Dugoni is the author of the bestselling Tracy Crosswhite series (My Sister’s Grave, Her Final Breath, and In the Clearing) as well as the critically acclaimed David Sloane series (The Jury Master, Wrongful Death, Bodily Harm, Murder One, and The Conviction). He’s been ranked number one on Amazon’s list of most popular authors in the United States, Great Britain, Germany, France, and Italy, and he has been a New York Times, Wall Street Journal, and Amazon bestseller multiple times. Dugoni was nominated twice for the Harper Lee Award for Legal Fiction and for the International Thriller Award. My Sister’s Grave won the 2015 Nancy Pearl Award for Fiction and was named one of the best thrillers of 2014 by Library Journal and Suspense Magazine. Dugoni’s nonfiction exposé, The Cyanide Canary, was a Washington Post Best Book of the Year, and the Providence Journal referred to him as “the undisputed king of the legal thriller” and “heir to Grisham’s literary throne.” Visit his website at www.robertdugoni.com and follow him on Twitter at @robertdugoni and on Facebook at www.facebook.com/AuthorRobertDugoni.

Page 1 of 1 Start overPage 1 of 1
This shopping feature will continue to load items when the Enter key is pressed. In order to navigate out of this carousel please use your heading shortcut key to navigate to the next or previous heading.
Back
Next
Pages with related products. See and discover other items: robert thomas