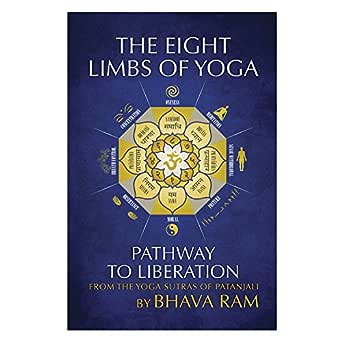 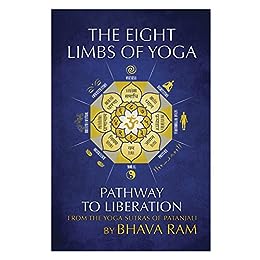 The 8 Limbs of Yoga Kindle Edition

Amazon Customer
2.0 out of 5 stars Unintentional Misinformation or Just Lies?
Reviewed in the United States on August 26, 2019
Verified Purchase
More of the same vegan propaganda wailing false claims and proclaiming hearsay as “science” and “truth” in the absence of adequate research.

I cannot include this book in my curriculum even though it contains many useful concepts. The hypocritical messages from the author are astounding. In one paragraph he says we are all spouting off messages that come from the mass media and the next he utilizes talking points from the mass media.

Claiming Ayurveda and Yoga push veganism is dishonest to say the least. I can assure you, no natural people subsist on a plant-based diet. Try it out for yourself in the wild and see. How can you do no-harm to yourself when you don’t even respect yourself enough to give your body what it needs?

In any case, the commentary on Ashtanga is mostly correct to my understanding of the 8-Limbs but he takes some generous leaps of “consciousness” utilizing faulty reasoning, unsound logic, and inserts his own agenda at every twist and turn. Your job is not to push your misunderstanding of the current-world topics on us...it’s to distill information from Yoga and create a neutral space for students to draw their own conclusions. This man TELLS you what to think.

Furthermore, I don’t appreciate this climate of “speech is violence” creeping into books that are supposed to inform us about Yoga.

MermaidLove
2.0 out of 5 stars DONT DOWNLOAD KINDLE VERSION
Reviewed in the United States on July 24, 2017
Verified Purchase
Ok, the content is brilliant and I wanted to finish reading it but the formatting on the kindle version was terrible. Everything was lumped together and unorganized. There is not even a table of contents section that enables you to jump from section to section. When I am learning and studying something my mind desperately craves a way to organize the information, in this regard its a failure. I asked for a refund and will be ordering the printed version, which sucks, please fix this or dont offer kindle version, thanks.
Read more
Helpful
Comment Report abuse

Anne Marie
5.0 out of 5 stars An eloquent and relevant commentary on the ancient truths of Yoga
Reviewed in the United States on November 18, 2010
Verified Purchase
Bhava Ram's clear, revelatory Eight Limbs of Yoga: Pathway to Liberation proved life-changing for me. Anyone desiring to move from the physical practice (asana) or from meditation (dhyana) into a deeper exploration of Yoga's philosophical underpinnings will likely find what I did in this book: an eloquent, yet no nonsense application of wisdom from an ancient sage to the fast-paced circumstances in which we now live.
Neither a scholarly argument nor a New Age how-to manual, Ram's accessible book walks the reader through the celebrated eight limbs first codified thousands of years ago by Patanjali in the Yoga Sutras. Ram gives a chapter to each of the Yamas (the five moral restraints such as non-harming, truthfulness, moderation) and the five Niyamas (the personal practices of purity, contentment, discipline, spiritual self study and constant devotion to the divine). His understanding of how these ancient virtues apply to modern times is both personal and poetic. And though he does not suffer the corporate media or other fools gladly--nor the American food industry!--his gentle tone encourages true seekers to be patient, forgiving, loving toward themselves and others.
Ram uses his own experiences of pain, suffering, and limitation--a broken back, a diagnosis of "fatal" throat cancer--to illustrate the way out of darkness toward the light of physical and spiritual health. He discusses many sutra-derived tools to discover who we really are, to improve focus, sideline the ego, and cultivate life-enhancing emotions such as gratitude, forgiveness, and loving kindness.
He also writes with the authority of a man who has seen violence up close, as a television reporter working in many American cities and eventually as a network correspondent for NBC News in Iraq and Afghanistan. Out of such life experiences came his determination to achieve peace, balance and harmony internally and to model that spiritual serenity for others.
Ram does not pretend to be a scholar, saint or sage. He's the founder, with his wife Laura Plumb, of the Deep Yoga School in San Diego, a composer and singer of devotional music. But his The Eight Limbs of Yoga: Pathway to Liberation also reveals the kind of great heart that Nobel-prize winning Bengali poet and musician, Rabindranath Tagore, wrote of in his preface to Samadhi: The Realization of Life. New interpretations of the ancient texts are always needed, Tagore said, so that the ancient scriptures of India do not become mere archaeological specimens, mummified in old traditions. "The meaning of the living words that come out of the experiences of great hearts can never be exhausted by any one system of logical interpretation. They have to be endlessly explained by the commentaries of individual lives, and they gain an added mystery in each new revelation."
Ram's book stands fully in that tradition of living commentary on the ancient truths of Yoga.
Read more
4 people found this helpful
Helpful
Comment Report abuse

A. Cole
5.0 out of 5 stars A 21st Century Look at a 2,000 year old Philosophy!
Reviewed in the United States on September 12, 2015
Verified Purchase
Bhava's book is a great 21st century look at the ancient philosophy. Anyone looking for a challenging approach to bringing the 8 limbs to life in their day to day world will find great food for thought. We use this book as the basis for our philosophical discussions during our 200 RYT Teacher Training because it allows to have real world conversations about what it means to walk your talk as a yoga teacher.

I highly recommend this book

Krazee Dog Lady
5.0 out of 5 stars This guy is amazing. Read "Warrior Pose" first
Reviewed in the United States on August 3, 2014
Verified Purchase
This guy is amazing. Read "Warrior Pose" first, which was a great story, and compelled me to buy this book as well as his other one. All are thought-provoking, and potentially life-changing. Love the fact that he's down here in SD, although I live a little too far to attend his studio. But I've become motivated to do more yoga as a result of reading his books, and that's definitely a good thing.
Read more
3 people found this helpful
Helpful
Comment Report abuse

Michelle Owens
5.0 out of 5 stars ♥
Reviewed in the United Kingdom on March 2, 2018
Verified Purchase
Love this. Very inspiring, helping me greatly on my yogic journey
Read more
Report abuse

Yogalynn
5.0 out of 5 stars Brilliant buy
Reviewed in the United Kingdom on August 29, 2018
Verified Purchase
Have only just started reading this book, but I’m already loving it!
Read more
Report abuse

Amie Mouneimne
5.0 out of 5 stars Excellent
Reviewed in France on March 28, 2013
Verified Purchase
Bhava Ram goes through Patanjali's Yoga Sutras in a way that is simple and easy to understand. He makes relevant connections between the sutras and modern day life, high-lighting many of today's problems: information overload/unhealthy distractions, propaganda/brainwashing via the media, poor diet/poor choices, and dependency on medicine. He also makes it clear that we are able to self-heal as he has miraculously done himself and the importance if finding our own natural balance. At the end of each chapter he recommends a simple practice. It is a short book that can be read rather quickly but do not be fooled by this as each sutra could easily be studied for months and months. Reading the book in small doses in order to digest and apply the information is more effective than reading the entire book in one or two days, though it is tempting to do since it is very "down-to-earth" and interesting!
Read more
Report abuse
See all reviews