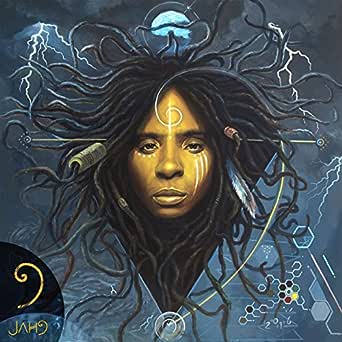 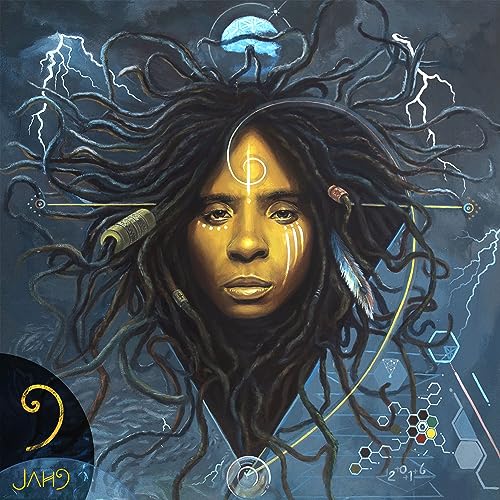 Krikon
5.0 out of 5 stars Roots at it best.....
Reviewed in the United States on October 18, 2016
Verified Purchase
There is an new generation of Roots artists emerging out of Jamaica making sure the Roots Reggae scene and voice of Jah will not die when put against slackness, sex and an increasingly gangstafied Jamaican dancehall scene. Among the elite of these artists we find “Jah9” who is no newcomer on the scene. She has released one (very rare) album before and multiple single tunes but this “VP Records” release is the first with proper distribution and could almost be considered her debut LP. You can see that “VP Records” has put a little more effort than usual in this release, probably aiming for recognition beyond that of us hardcore Reggae fans. Looking at it you would almost believe it’s some kinda Beyonce or R&B artist, the inner sleeve has printed lyrics and the vinyl label is does not carry the usual “VP Records” design. It’s true that this is an very modern sounding album with influences from many different genres but it’s also one that stays 100% true to the roots of Reggae and the lyrics are uncompromisingly Rastafarian and nothing to take lightly.

First song is “Humble mi”  a powerful, Nyabinghi drum and electric guitar flavored track with a slight middle eastern flavor where “Jah9” sings about her spirituality and how it humbles you to tune into god and receive his message. It becomes clear that she has some serious lyrics, it’s intellectual, deep and not your usual Rasta cliché’s repeated without conviction. If it’s one thing she is not it’s an “bandwagonist”. Moving on, track 3 “Hardcore” is one of my favorites on here, telling us that we cant win no matter how hard we try if our hearts are not pure and that only the blessings of Selassie I can achieve this. It’s upbeat, with catchy lyrics and an awesome message. If there is one tune that musically totally breaks from the mold it’s “Natural vibe” which is almost more “Neo soul” than it’s Reggae. It’s conscious and intelligent but more of an love song, if “Jah9” ever grows tired of Reggae (which i hope not)she would be great in this genre. This album has few artist features and when it happens it’s an perfect match in “Vaughn Benjamin” as she kinda reminds me of an female version of him, esp. in her lyrics but also to an extent in the delivery of her singing. It’s an darker, moodier and almost gothic sounding roots tune and an perfect end to an very well made album.

If you want to hear what the future of Rasta/Roots music sounds like I’d say this is a prime contender, it manages to stay true to traditions all while breathing new life into the music. This is “Roots Reggae 2.0” and an truly enchanting album. I hope it will do really well and launch “Jah9” into the stardom she deserves

Ras Fox
5.0 out of 5 stars Excellent work Empress
Reviewed in the United States on September 14, 2016
Verified Purchase
Jah9 has presented us with a classic roots album with her smooth Jazzy style. The lyrics are meaningful and well thought out and presents a blue print that other artists can follow if they want to be authentic to Rastafari and his teachings. Jah9 has proven once again that she is the epitome of
what should be expected from conscious artists. Excellent work Empress.
Read more
One person found this helpful
Helpful
Comment Report abuse

Jane Jr.
5.0 out of 5 stars Great!
Reviewed in the United States on March 14, 2019
Verified Purchase
She is a talant and is divinely brilliant on this, I love the Dub with Mad Prof just as much.
Read more
Helpful
Comment Report abuse

Bernie
4.0 out of 5 stars Very good roots reggae
Reviewed in the United States on May 2, 2017
Verified Purchase
I heard Jah9 on Sirius Reggae station and decided to buy the CD. I was very much surprised. I really loved the lead and background vocals. I recommend the CD.
Read more
One person found this helpful
Helpful
Comment Report abuse

Loweye Diedro
5.0 out of 5 stars Jazz on Dub Perfection
Reviewed in the United States on October 24, 2016
Verified Purchase
Amazing production and vocals, deep messages, innovative rhythms and prolific word sound. This is what the world has been waiting for: a powerful feminine spiritual sound that is back by consciousness and melody. A great listen from beginning to end with each song leaving their own significant mark.
Read more
Helpful
Comment Report abuse

Garion
5.0 out of 5 stars Magnificent
Reviewed in the United Kingdom on July 24, 2017
Verified Purchase
The arrangements on each track are stunning, and quite complex whilst staying rooted within a recognisable Reggae structure - it's a point worth making because generally if you've got a 4/4 riddim and nuff bass you're good to go for most of the genre. The lyrics are conscious and heartfelt, the production's tight and I can honestly say this is one of the best Reggae albums I've ever heard.

It's puzzled me for many years why Reggae artists don't seem to receive the critical acclaim of their peers in other genres - if this album was by Lauryn Hill (for instance) it would be hailed as a masterpiece and be No. 1 across 7 continents: well it IS a masterpiece and it SHOULD be No. 1 across 7 continents. Utterly essential.
Read more
3 people found this helpful
Report abuse

ital
5.0 out of 5 stars fine and divine nine
Reviewed in the United Kingdom on September 25, 2016
Verified Purchase
righteous sounds from the current hottest female singer in Jamaica.Some of the production work was done in Belgium(but don't let that put you off),then more sounds added in Jamaica.A thoroughly enjoyable set.If you are a fan of modern roots,buy this release without hesitation.
Read more
3 people found this helpful
Report abuse

Georgios
5.0 out of 5 stars concentrated grooves
Reviewed in the United Kingdom on December 6, 2017
Verified Purchase
Too much music concentrated in 22 minutes (per side) max space.
Read more
Report abuse

Amazon Customer
5.0 out of 5 stars Best reggae CD for 2016
Reviewed in the United Kingdom on December 2, 2016
Verified Purchase
A brilliant CD from a sister with information for the conscious african mind.
Read more
Report abuse
See all reviews