A Chair for My Mother and millions of other books are available for Amazon Kindle. Learn more
Share
Have one to sell?
Sell on Amazon 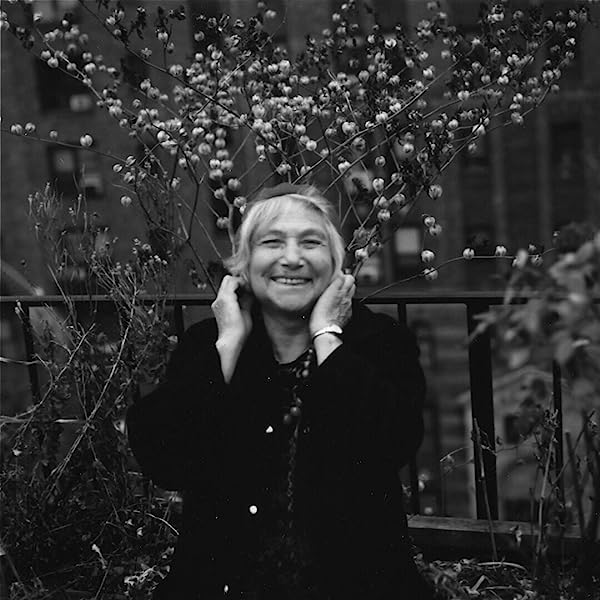 A Chair For My Mother Unknown Binding

4.9 out of 5 stars 1,050 ratings
Part of: Reading Rainbow (46 books)
Teachers' pick
See all formats and editions
Sorry, there was a problem loading this page. Try again.

Page 1 of 1 Start overPage 1 of 1
Previous page
Next page
Start reading A Chair for My Mother on your Kindle in under a minute.

In Her Own Words..."Throughout my childhood I was encouraged to make pictures, tell stories, act, and dance--all of this at a heaven in our New York City neighborhood called the Bronx House.

"Saturdays I painted with a crusading art director, Florence Cane. In her book The Growth of the Child Through Art, I appear under the name Linda. I was sixteen when the book appeared and embarrassed by it. But at age nine I had been totally proud when a painting of mine was exhibited at the Museum of Modern Art and I was later shown in the Movietone News explaining to Eleanor Roosevelt its Yiddish title, "Yentas."

"In 1945 I went to Black Mountain College in North Carolina, a unique educational community. I graduated in 1949 in graphic art, which I studied with Josef Albers. Along the way I planted corn, made butter, worked on the printing press, and helped to build the house in which I lived with Paul Williams, a fellow student I married there.

"I wanted that connection of art and community to continue. And it did at the Gate Hill Cooperative, a community we built with other Black Mountain people, a poet, musicians, and potters. I lived and worked there from 1953-1970 (after which I moved to Canada). My children (Sarah, Jenny, Merce) grew up there. For them, we branched out into a school, part of the Surnmerhill movement. The gingerbread houses that led to my first book for Greenwillow I first made in sticky variety at our school. I have always liked to teach and have taught art, cooking, writing, nature study, for nursery age on.

"At forty-six, no longer married, living in a houseboat on the bay at Vancouver, British Columbia, I did my first book. But before that could happen, the fates decreed a stint of cooking and running a bakery at a small school in the Ontario countryside. My love affair with Canada included also a 500-mile trip on the Yukon River. Many of those adventures I put in Three Days on a River in a Red Canoe.

"I also write and draw for adults-short stories, leaflets, and posters. As a lover of children, I try to do what I can to help save their earth from nuclear disaster. This pursuit, too, has added its excitement to my biography, including, in 1981, a month's stay in the federal penitentiary in Alderson, West Virginia (an outcome of a women's peaceful blockade of the Pentagon). Perhaps this experience will some day appear in one of my books. So far I've found children's books a wonderfully accommodating medium where any of my various activities might pop up."

Amazon Customer
4.0 out of 5 stars Beautiful book. Copy received had issues.
Reviewed in the United States on July 10, 2019
This book is beautiful. The artwork is stunning and the story is warm and touching. The reason for only 4 stars is because the copy that we received had several pages stuck together with what appeared to be binding glue and one page in particular (shown in image) that was stuck together in several places and the pages when ruined when attempting to separate. Will return for a new copy.
Images in this review

Shari duran
5.0 out of 5 stars Love this book
Reviewed in the United States on August 10, 2020
Verified Purchase
My mother read this book to me. I’ve always loved this book along with good night moon. I ordered it to keep it in my home. Although I’ve already borrowed it from the library and read it to my kids, I wanted to read it again after many years. The re-reading this book to my teenagers was tougher than I thought, they made fun of the book and laughed at me. Kids with advanced WiFi technology will never know what books were. The kids ended up reading it and I questioned them on each page to see if they were paying attention. Yes, they ended up listening to me read lol. As an adult I still love this book. If I’m in the mood to read the book Again, I will read it to my kids even when they are adults lol. Excellent story, touching and sweet!
Read more
5 people found this helpful
Helpful
Report abuse

Abigail Moore
5.0 out of 5 stars What a beautiful story Of loss and recovery for children.
Reviewed in the United States on September 17, 2021
Verified Purchase
I foolishly sold all of my children’s books after they were grown. Then my 20-year-old son fell in love and plans to have a child. I read to my kids every single day and had probably a couple hundred books that we chose from. When I decided to replenish our collection for a possible grandchild this book was among the 15 or so I felt was essential.

The book is about a fire and the losses the mother and daughter had. It is also about having a new home and experiencing hardship and saving to buy a new chair. There is a lot in that for children! And there is this joy of how things go away and how things come. And love that exists through it all.

Lauren
3.0 out of 5 stars Good book, bad quality manufacturing
Reviewed in the United States on April 4, 2021
Verified Purchase
I love this book. I love reading this book to my daughter. Reading Rainbow definitely knows how to choose books, and I can hear LeVar Burton's voice narrating the tale. So why am I giving this three stars? The manufacturing was awful. Two of the pages were connected at the top and had to be ripped apart. After four or five readings a few pages fell out, and my child is not rough with books. Wonderful book, terrible production.
Read more
One person found this helpful
Helpful
Report abuse

Mitch
5.0 out of 5 stars Touching story
Reviewed in the United States on June 3, 2020
Verified Purchase
This is a great story and one of the few books that actually got my first grader to talk about his feelings and how the story made him feel - - all unprompted! Practically speaking, I like that there is substance to the story. You aren't done reading in 1 minute like many of the stories for this age group, and you're not just flipping through a picture book, but instead reading multiple sentences on a page. It is one of those in between books that would give slightly experienced readers just enough of a challenge. Well written and colorful pictures.
Read more
2 people found this helpful
Helpful
Report abuse

Lee Kaiser
5.0 out of 5 stars Highly recommend
Reviewed in the United States on March 19, 2019
Verified Purchase
Couldn't pick a better way to teach about financial savings. This book takes you through the highs and lows and addresses the importance to saving. Read it to my 4 and 6 year old and they understand when we talk about saving money for trips, they actually participate in saving money as well for those trips.
Read more
5 people found this helpful
Helpful
Report abuse

HMM
5.0 out of 5 stars Fantastic classic book
Reviewed in the United States on September 1, 2020
Verified Purchase
I remember this book from Reading Rainbow growing up and loved it just as much reading it to my kids. A good glimpse at city life, working hard for something, and the beauty of a strong community.
Read more
One person found this helpful
Helpful
Report abuse

Amazon Customer
5.0 out of 5 stars Great book!
Reviewed in the United States on July 9, 2020
Verified Purchase
Loved this book as a little girl and I was excited to purchase it again for my little girl. Just as I remembered it, would totally recommend.
Read more
One person found this helpful
Helpful
Report abuse

ELDub
4.0 out of 5 stars Beautiful book. Copy received had issues.
Reviewed in the United States on July 10, 2019
Verified Purchase
This book is beautiful. The artwork is stunning and the story is warm and touching. The reason for only 4 stars is because the copy that we received had several pages stuck together with what appeared to be binding glue and one page in particular (shown in image) that was stuck together in several places and the pages when ruined when attempting to separate. Will return for a new copy.
Read more

ELDub
4.0 out of 5 stars Beautiful book. Copy received had issues.
Reviewed in the United States on July 10, 2019
This book is beautiful. The artwork is stunning and the story is warm and touching. The reason for only 4 stars is because the copy that we received had several pages stuck together with what appeared to be binding glue and one page in particular (shown in image) that was stuck together in several places and the pages when ruined when attempting to separate. Will return for a new copy.
Images in this review

A Chopra
5.0 out of 5 stars We love reading it and cheering the little girl on
Reviewed in the United Kingdom on March 16, 2015
Verified Purchase
One of our favourites - Little one saves money to get toys and this book gives him a lot of hope. His Evil Mom who gives ever so little pocket money to a 4 year old :) doesn't appear too evil after the little girl in this story has to save up to buy a chair and actually work peeling onions!

We love reading it and cheering the little girl on!

Kam Kharood
5.0 out of 5 stars Five Stars
Reviewed in the United Kingdom on October 20, 2017
Verified Purchase
My 7 year old loves this book, caught her reading it many times.
Read more
Report abuse

Amazon Customer
5.0 out of 5 stars Perfect for son, he loves it!
Reviewed in the United Kingdom on November 9, 2018
Verified Purchase
Arrived on time, item was as described. Perfect for my little boy.
Read more
Report abuse

Momma T
2.0 out of 5 stars Best for a child 5-7
Reviewed in Canada on January 1, 2020
Verified Purchase
I heard great things about this book but the story is too long and the message is too vague. It has a great message but hard for a young child to understand and easily looses interest part way through. My 3 y/o son loves long stories but not this one.
Read more
Report abuse