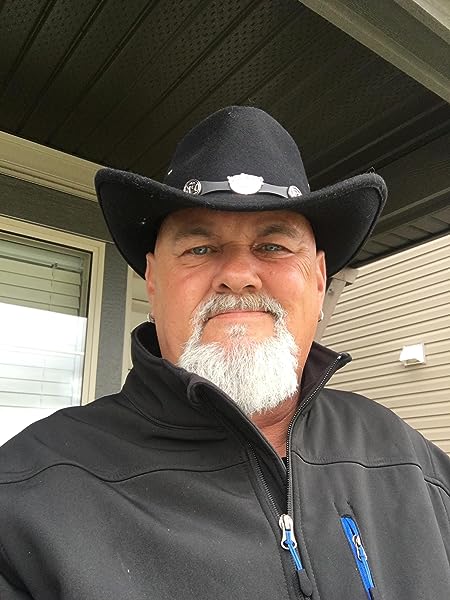 Start reading ABDUCTION on your Kindle in under a minute.

3.2 out of 5 stars
3.2 out of 5
58 global ratings
How are ratings calculated?
To calculate the overall star rating and percentage breakdown by star, we don’t use a simple average. Instead, our system considers things like how recent a review is and if the reviewer bought the item on Amazon. It also analyzes reviews to verify trustworthiness.

RM
5.0 out of 5 stars Evil pair of people.
Reviewed in the United States on September 9, 2017
Verified Purchase
This is a frightening look into the evil minds of Michelle Michaud and James Devaggio who kidnapped, raped and tortured women inside their van of horrors. The book goes into great detail of how the killer duo met, their back history as well as the crimes they committed against their victims. I recommend this to anyone who reads true crime.
Read more
4 people found this helpful
Helpful
Comment Report abuse

Charles A. Ray
VINE VOICE
3.0 out of 5 stars Interesting subject, not well executed
Reviewed in the United States on December 21, 2017
Verified Purchase
Abduction: The Minivan Murders by R.J. Parker is the true story of James Daveggio and Michelle Michaud, a couple of meth-heads who kidnapped and sexually assaulted a number of young women from Sacramento, California to Reno, Nevada, even killing one and dumping her body.

A chilling story of serial rapists and murderers, the book fails, however, to live up to the hype or the cover. There is too much repetition, going over points repeatedly that could well be addressed once and done—and a lot of it is devoted to the killing spree of two other serial rapist-killers, who apparently were the motivation for Daveggio and Michaud.

An interesting book, that with less repetition, and without the hype—for example, the two were only convicted of one murder, and while they might, if not caught, have killed others, there is no evidence that they killed more than the one for whose death they were convicted.

I give this one three stars. Interesting subject, just not as well executed as I would expect from this author.

Roberta Kellogg
1.0 out of 5 stars TOO repetitive!
Reviewed in the United States on September 18, 2017
Verified Purchase
I try to always finish each book I purchase, but in this case, I am sorry to say that it was so repetitive that it seemed as though I was reading the same facts over and over. I can't say I wouldn't try another one of the author's other works, but it was almost as if they were trying to make the book longer by repeating the same facts over and over again every few pages. Just too much of the same information about their backgrounds, dates, victims, and well, just going back and repeatedly stating the same stuff! Does anyone else feel like this, or am I crazy? Sorry about this, but I am glad I paid very little for this work, and almost wish I could get a credit, or refund. My bad for not reading a sample first. Never done that before, but will in the future.... Would not recommend this read for those who love true crime, and love a story that makes you feel like you can't wait to get to the next page, and don't want the book to end.
Read more
2 people found this helpful
Helpful
Comment Report abuse

Valerie Wiesner
3.0 out of 5 stars True Crime
Reviewed in the United States on May 3, 2018
Verified Purchase
A true crime story about a man and his girlfriend who have a torture chamber inside of his van; the girlfriend lures the victims. The story reminded me a lot of the Gallego case (Sacramento, CA) where a man had brainwashed his wife into kidnapping women so he could hurt and torture them. I lived in the area where the Gallego kidnappings took place, so I was interested in the news behind the headlines.,
Read more
Helpful
Comment Report abuse

BJ
5.0 out of 5 stars really a 1 star rating
Reviewed in the United States on March 7, 2018
Verified Purchase
I really give this a 1 star rating because it is very badly written! I put it in the 5 star category ratings because I want people to read it. Dont waste your money. The author does not know how to tell a story. He was all over the place and repeated the same things over and over again. e.g. He put the trail informtion at the beginning and again in the middle and again in the end. He wrote the same words describing something in one chapter and then again almost word for word in the next chapter. At first I thought i had accidently gone back to the previous chapter! IT was very disorganized. I finally gave up and didnt even finish it. I wont be reading anymore of his books.
Read more
Helpful
Comment Report abuse

Julie McDonald
1.0 out of 5 stars Needs editing
Reviewed in the United States on July 7, 2020
Verified Purchase
I was hoping for a detailed account of the subjects lives, where they grew up, where they lived during the different events/crimes. I was hoping for a good timeline of their activities, but this book was just ALL over the place. It jumped back and forth on timelines in a very confusing way. It essentially read as if the author read every news article about the couple, and then wrote a book report. Very disappointing.
Read more
One person found this helpful
Helpful
Comment Report abuse

Beryl
5.0 out of 5 stars ABDUCTION
Reviewed in the United States on September 17, 2017
Verified Purchase
Very well written. I have read other books about the horrible crimes these two individuals did to several young ladies and each book let the reader into more of the background etc. highly recommend this book for the true crime readers.
Read more
2 people found this helpful
Helpful
Comment Report abuse

Audrey Griffin
3.0 out of 5 stars Okay read
Reviewed in the United States on January 2, 2020
Verified Purchase
I like suspense, thriller, and true crime. This book is very vague in some areas and repetitive in others. It was tolerable to read but not my favorite.
Read more
Helpful
Comment Report abuse
See all reviews

Edna
2.0 out of 5 stars Wasn’t a book for me
Reviewed in Canada on August 20, 2018
Verified Purchase
At first it was going good as a story, but then it just seemed it was repeating and repeating.
Read more
Report abuse

michel
1.0 out of 5 stars Boring
Reviewed in Canada on July 27, 2019
Verified Purchase
What a let down. I have read better stories in my local newspaper.
Read more
Report abuse

Kate
1.0 out of 5 stars Its like 20 pages, and the author doesnt seem to have all the facts and credible evidence.
Reviewed in Canada on February 4, 2020
Verified Purchase
Waste of money
Read more
Report abuse

Peter R. Wetton
2.0 out of 5 stars Not a good read
Reviewed in Canada on December 4, 2017
Verified Purchase
Very repetitious. Could have been written in a quarter the book length. Not impressed with this one
Read more
One person found this helpful
Report abuse

Janice Cross
2.0 out of 5 stars Wasn’t impressed
Reviewed in Canada on October 24, 2017
Verified Purchase
Like reading a newspaper
Read more
One person found this helpful
Report abuse
See all reviews