Above the Law and millions of other books are available for Amazon Kindle. Learn more 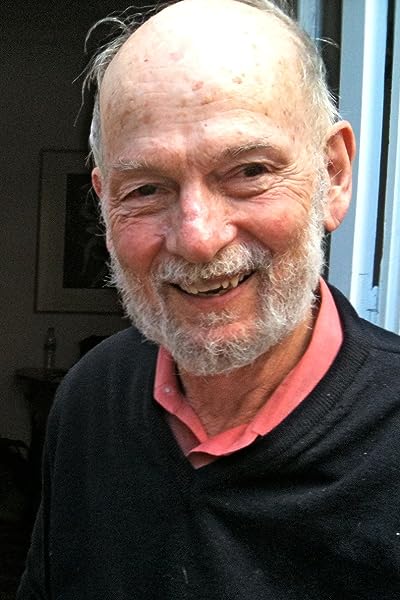 ABOVE THE LAW: Secret Deals, Political Fixes, and Other Misadventures of the U.S. Department of Justice Hardcover – January 22, 1996

by David Burnham (Author)
5.0 out of 5 stars 3 ratings
See all formats and editions
Sorry, there was a problem loading this page. Try again.
Read more Read less
Previous page
Next page

Former New York Times reporter Burnham, who has investigated the Internal Revenue Service (A Law unto Itself), here offers a meandering, anecdotal survey of scandal and questionable practices, both past and present, within the vast U.S. Department of Justice. Justice includes not only agencies such as the FBI, the DEA and the INS but also the Attorney General and the 93 U.S. attorneys distributed around the country. The author's main conclusion: the department remains underscrutinized, which allows this "chaotic, slipshod, almost medieval institution" to ignore certain responsibilities and follow political pressure. Among his arguments: federal officials exaggerate crime statistics to promote their political agendas; the availability of high-tech equipment will allow federal gumshoes to act on "ever higher levels of official paranoia"; a mix of class bias, political deals and bad laws has kept the department from truly prosecuting white-collar crime. Though unwieldy, this book remains a potent call for reform.
Copyright 1995 Reed Business Information, Inc.

Independent investigative reporter Burnham has shifted his sights from the Internal Revenue Service, the subject of his previous book, A Law Unto Itself: Power, Politics and the IRS (LJ 3/1/90), to the Department of Justice. Here, he builds a solid case for the reform of the department's structure and of the political considerations governing its appointments and activities. Readers will be fascinated by his revelations of abuse in the service of administrations of both political parties. However, it is the author's application of modern methods of statistical analysis to quantify the department's operation that transform this book from expose to serious study. Above the Law is a balanced, convincing, and well-documented depiction of the Justice Department as an agency in drastic need of oversight and redefinition. Recommended.?Suzanne Pierce Dyer, Alameda Cty. Law Lib., Oakland, Cal.
Copyright 1996 Reed Business Information, Inc.

Burnham specializes in exposing government misbehavior (e.g., the Internal Revenue Service in A Law unto Itself, 1990); identifying constitutional, structural, and bureaucratic impediments to government action in the public interest; and promoting the idea that effective reform requires vigilance by citizens, media, public interest groups, and elected officials. In this overview of the Justice Department, Burnham spotlights conflicts of interest inherent in its mandate, particularly that attorneys general serve both the public's interest in justice and their presidents' goals and that they have responsibility but not authority to coordinate the work of 93 U.S. attorneys. Using data developed by the Transactional Records Access Clearinghouse (TRAC), which he cofounded, Burnham examines the Justice Department's actions on violent and white-collar crime, drugs, civil rights, national security, the environment, and workplace safety. Though poorly organized, this book offers vital information about a secretive, very powerful agency. Mary Carroll

David Burnham is an associate research professor of the S. I. Newhouse School of Public Communications at Syracuse University.
Read more
Start reading Above the Law on your Kindle in under a minute.

Chris Fogarty
5.0 out of 5 stars If read; this book will save America.
Reviewed in the United States on June 4, 1998
"Above the Law..," by Burnham, ought to wake up America. It lays out the institutionalized obstruction of justice in America. It exposes the corrupt elements within what ought to be the very bulwark of American justice; the Justice Dept. Buy this book and become an informed citizen.
Read more
9 people found this helpful
Helpful
Report abuse

aaron delvalle
5.0 out of 5 stars Five Stars
Reviewed in the United States on February 15, 2018
Verified Purchase
was just like the photos and description described. would purchase again from this seller
Read more
Helpful
Report abuse
See all reviews
Pages with related products. See and discover other items: us department of justice
Back to top
Get to Know Us
Make Money with Us
Amazon Payment Products
Let Us Help You
EnglishChoose a language for shopping. United StatesChoose a country/region for shopping.
© 1996-2021, Amazon.com, Inc. or its affiliates