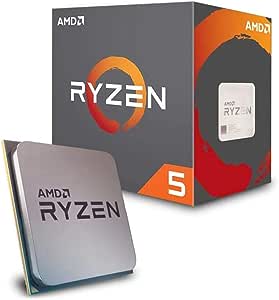 The power to overclock freely, unleashing the true potential of your processor.

Future-proof mainstream computing platform with the new X470 and B450 chipsets.

For people who care about the way their PCs run, sound and look.

We’ve designed our newest coolers to deliver near-silent operation, bolstered with capable thermal hardware – with no increase in pricing when these coolers are packaged with existing processors – for a tremendous value.

We’ve upped the ante with a whole new premium line of AMD Wraith Coolers for Socket AM4 and the advanced Ryzen™ processor. From the small Wraith Stealth, to the capable Wraith Spire, all the way to the top-of-the-line Wraith Prism.


The world’s elite esports gamers have uncompromising standards for the processors and graphics cards that power their gear. AMD provides the tools these top-tier teams and players need to compete with confidence against the best.

AMD is pleased to sponsor leading teams in professional esports. Both Evil Geniuses and Fnatic teams train, scrim, compete in online tournaments, and stream to their fans around the world on PCs powered by AMD Radeon™ graphics cards and AMD Ryzen™ processors.

Page 1 of 1 Start overPage 1 of 1
This shopping feature will continue to load items when the Enter key is pressed. In order to navigate out of this carousel please use your heading shortcut key to navigate to the next or previous heading.
Back
Next
Pages with related products. See and discover other items: ryzen amd, 470 motherboard, motherboards and cpu, personal computers, amd gaming motherboard, asus pc case