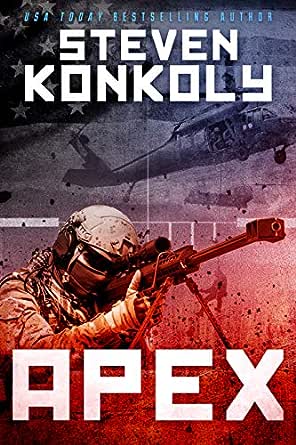 You've subscribed to The Black Flagged Series! We will preorder your items within 24 hours of when they become available. When new books are released, we'll charge your default payment method for the lowest price available during the pre-order period.
Update your device or payment method, cancel individual pre-orders or your subscription at
Your Memberships & Subscriptions
There was an error. We were unable to process your subscription due to an error. Please refresh and try again. 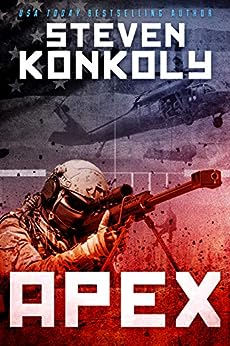 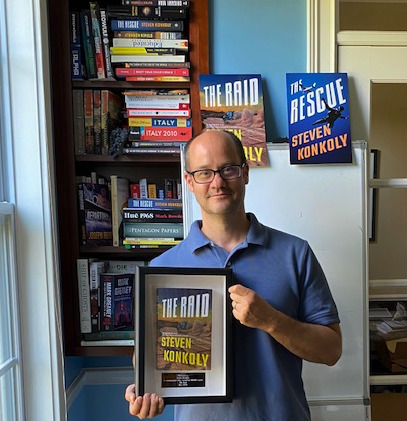 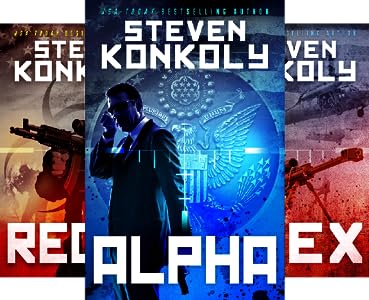 A man with a buried past

Daniel Petrovich, the most lethal operative created by the Department of Defense’s Black Flag Program, protects a secret buried in the deepest vaults of the Pentagon.

Blackmailed into executing one final mission by his former commanding officer, General Terence Sanderson, Daniel’s carefully constructed 'life' rapidly disintegrates into a relentless federal manhunt–and a '24-style' race against the clock to suppress the shocking truth about his past.

To survive, he’ll release the darkest side of his concealed identity. A dark side with few boundaries–and even fewer loyalties.

A disbanded Black Ops project rises from the ashes

Former Delta Force commander, General Terrence Sanderson, waits in the shadows for the right moment to demonstrate the grim necessity of his resurrected Black Flag program. His opportunity may arrive sooner than expected.

A rogue Russian scientist, obsessed with reviving a bio-weapons program long banned by the Russian government, has found partners willing to fund a devastating bioweapons project.

Sanderson's newly formed team turns out to be the West's only real hope to stop a plot with unimaginable consequences.

Steven has 'been there and done that,' lending a rare authenticity to his covert operations novels.

Steven graduated from the United States Naval Academy in 1993, receiving a bachelor of science in English literature. He served the next eight years on active duty, traveling the world as a naval officer assigned to various Navy and Marine Corps units. His extensive journey spanned the globe, including a two-year tour of duty in Japan and travel to more than twenty countries throughout Asia and the Middle East.

From enforcing United Nations sanctions against Iraq as a maritime boarding officer in the Arabian Gulf, to directing aircraft bombing runs and naval gunfire strikes as a Forward Air Controller (FAC) assigned to a specialized Marine Corps unit, Steven's "in-house" experience with a wide range of regular and elite military units brings a unique authenticity to his thrillers.

He lives with his family in central Indiana, where he still wakes up at "zero dark thirty" to write for most of the day. When "off duty," he spends as much time as possible outdoors or travelling with his family--and dog.

Steven is the bestselling THRILLER author of ten novels and several novellas, including a commissioned trilogy of novellas based on the popular Wayward Pines series. His canon of thrillers includes the popular Black Flagged Series, a gritty, no-holds barred covert operations and espionage saga; The Perseid Collapse series, a tense thriller epic chronicling the events surrounding an inconceivable attack on the United States; and The Fractured State series, a near-future thriller trilogy set in the drought ravaged southwest

He is an active member of the International Thriller Writers (ITW) and Science Fiction and Fantasy Writers of America (SFWA) organizations.

You can contact Steven directly by email (stevekonkoly@striblingmedia.com) or through his blog (stevenkonkoly.com).