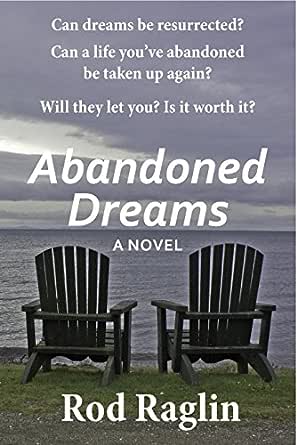 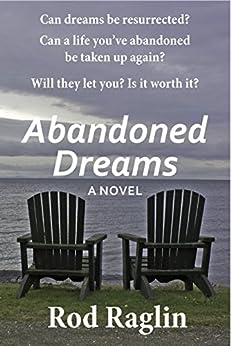 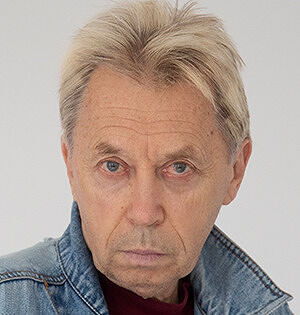 "Literary and artistic matters including the drive for fame and creativity, as well as cutting citicism, are refreshingly realistic and provide illuminating insights into the minds of writers and artists. How the past and present link up and influence their current lives and activities is skillfully portrayed. Generational aspects ... are woven into mutltiple relationships and ambititions that stir the narrative."
- Judge Number 54, The 26th Annual Writer's Digest Self-Published Book Awards
"A well told, fascinating and powerful story. Highly recommended."
★★★★★ "I loved every part of the book. I would definitely recommend it to everyone."

Have you ever wondered what dreams you might have fulfilled if life hadn't got in the way?

What if you had an opportunity to try again?

Abandoned Dreams explores this theme as well as family, friendship and ageing. It also asks questions about enabling and the concepts of artistic merit and success.

These issues are not addressed from the point of view of the protagonist, but from those he's closest too. It's rather like eavesdropping on your friends when they're talking about you.

Rod Raglin is an author, journalist, photographer and a keen environmentalist living on the west coast of Canada. He's been the editor and publisher of The REVUE for over 35 years and has self-published nine novels, two plays and a collection of short stories.
Read more

Evie
5.0 out of 5 stars Abandoned Dreams
Reviewed in the United States on March 26, 2016
In Abandoned Dreams, by Rod Raglin, we meet twenty-seven year old George Fairweather who is a celebrated poet with a drinking problem. Early on there is a tragedy and then the story jumps ahead thirty-seven years. He no longer drinks, but as we meet the people in his life we have to ask how he abstains. For the most part they are self centered, needy, selfish and unlikeable. The one exception is his granddaughter who loves him unconditionally.

George wants a different life now and finds it isn't easy to extricate himself from the people who consider him to be a focal point of their lives. The story is told in alternating voices and gradually we see how the characters come to realize that George is serious. Did they ever really know George?

I found this to be a well told, fascinating and powerful story. Highly recommended.

I received this book free of charge through LibraryThing and the opinions expressed are my own.
Read more
Helpful
Comment Report abuse
See all reviews