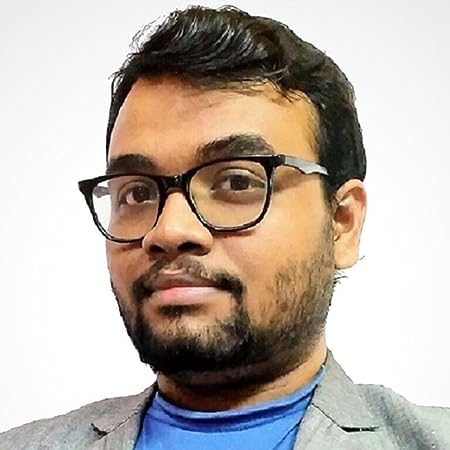 Abhijit Naskar is one of the world's celebrated Neuroscientists, an International Bestselling Author of over 90 books, the poet with most sonnets in history (900 plus) and an untiring advocate of mental health and global harmony. His contributions in Cognitive and Behavioral Neuroscience have helped the world tackle the issues of mental illness, prejudice, hate, extremism, discrimination and systemic racism more effectively.

He was born in Calcutta, India. He quit his computer engineering studies and embarked on an expedition of scientific research. Today, the works of this self-educated scientist have made it possible for us to be acquainted with various aspects of our emotions, thoughts and behaviors and their implications in the society. His rejuvenating scientific philosophy of the mind has been lavishing human life and society with the colors and sweetness of awareness and acceptance, since its advent with his very first book "The Art of Neuroscience in Everything".

Naskar is the twenty-first century mind of science, whose gentle philosophical touch has enabled modern Neuroscience to effectively engage in the human society towards diminishing the ever-growing conflicts of planet earth. With various of his pioneering ventures into the Neuropsychology of beliefs and biases, he has hugely contributed in the eradication of religious and cultural stereotypes in our world, for which he is popularly hailed as the humanitarian scientist who incessantly works towards taking the human civilization in the path of sweet general harmony. 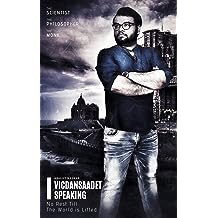 I Vicdansaadet Speaking: No Rest Till The World is Lifted Oct 19, 2020
by Abhijit Naskar
$8.45
"If you can starve to death while sharing your bread with others, instead of appeasing your own hunger while others starve to death, that's the highest miracle of all."
As conscience (vicdan) and joy (saadet) incarnate, planet earth’s champion of humanitarianism Abhijit Naskar delivers us a seminal work of reason and warmth in the course of lifting our world. He gives the call to the makers of society:
"There is only one anthem for the leader - for the lionhearted builder of world - sacrifice."
Read more
Other Formats: Paperback 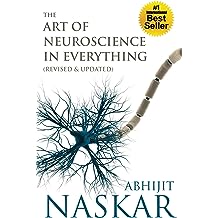 The Art of Neuroscience in Everything Apr 12, 2015
by Abhijit Naskar
( 10 )
$6.47
The Art of Neuroscience in Everything is an enchanting exploration of scientific revelation through the surreal and enigmatic experiences of human life. All human experiences, behaviors, beliefs and feelings such as love, attraction, kindness, empathy, rage, attachment, bereavement and spirituality are the creation of various intricate and inexplicable molecular interactions within the brain. The book opens up that beautiful maze of the human brain to us and brings us closer to our deepest instincts and emotions.
Read more
Other Formats: Paperback 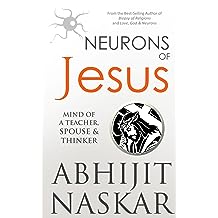 “All of Christ’s philosophical ideas can be compressed into one simple phrase – Love thy neighbor. It elucidates the innate human kindness in the simplest manner. No creed, no institution, no book can claim the exclusive possession of this simple yet magnificent phrase of human excellence. It does not come from any book. It was born from the crying urge of humanity to break free from the shackles of orthodox indoctrination.”

Abhijit Naskar is one of twenty first century’s most influential minds in Neuroscience and an untiring advocate of global harmony and peace. He became a beloved best-selling author all over the world with his very first book The Art of Neuroscience in Everything, that heralded the advent of a beautiful scientific philosophy. Neurons of Jesus is Naskar’s rejuvenating neuroscientific investigation of Christ’s philosophy. With a researcher’s flair for fresh approaches to ancient issues, he tackles the mystical controversies surrounding Christianity and Christ’s divinity.


In his peerless explanatory ways, Naskar boldly reveals, Jesus was a glorious human being full of love and compassion, who stepped outside the orthodox cocoon of theoretical religion and attempted to make the society get rid of religious dogma.
Read more
Other Formats: Paperback 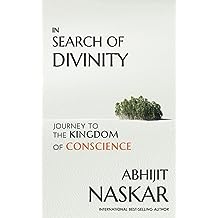 In Search of Divinity: Journey to The Kingdom of Conscience (Neurotheology Series) Oct 16, 2016
by Abhijit Naskar
( 2 )
$8.47
"Theoretical Religion is easy. Even a chimpanzee can get it. What the world needs is Practical Scientific Religion."
"Once upon a time, there was a frog that lived in a well. It was born there and brought up there, and yet was a little, small frog. One day another frog that lived in the sea came and fell into the well. "Where are you from?" "I am from the sea." "The sea! How big is that? Is it as big as my well?" and it took a leap from one side of the well to the other. "My friend," said the frog of the sea, "how do you compare the sea with your little well?" Then the frog took another leap and asked, "Is your sea so big?" "What nonsense you speak, to compare the sea with your well!" "Well, then," said the frog of the well, "nothing can be bigger than my well; there can be nothing bigger than this; this fellow is a liar, so turn him out." This has been the difficulty with religious beliefs all through ages."
Is it possible for the civilized human society to see beyond those tiny circles of belief systems?
In Search of Divinity is a heart-warming journey towards the Kingdom of Conscience, beyond the never-ending conflicts among orthodox religious belief systems. Celebrated Neuroscientist and International Best-selling Author Abhijit Naskar in his surreal and spell-binding way reveals the path towards the liberation of the mind. He shows us the glimpse of a world, where religious faith doesn't become an impediment in the path of progress of thinking humanity. Naskar's painstaking efforts to build that world represent the quest of billions of peace-loving human beings.
In Search of Divinity is the Handbook of Discovering the Kingdom of Absolute Oneness.
Read more
Other Formats: Paperback 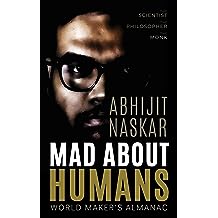 Awake and Arise my sisters and brothers to slogan for all of humankind. We are the light and we are the might that's needed during this ominous tide.

Planet Earth's beloved champion of humanitarianism Abhijit Naskar delivers us a piece of literary marvel to serve as a foundation stone of society-building, beyond the paradigms of politics, intellect and ideology, in the path of raising one world for one united human race. 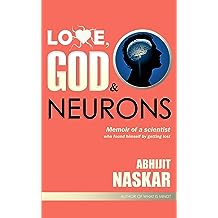 Love, God & Neurons is a hair-raising tale of a naive college dropout from Bengal becoming one of twenty-first century's most influential minds in Neuroscience.

Called "a self-trained scientist and thinker" (Michael Persinger) and "a prolific, imaginative neuroscientist" (Ronald Cicurel), Abhijit Naskar cheerfully looks back on years of philosophical, spiritual and scientific adventures, while closely analyzing them with the Science of the Mind. In his surreal and captivating manner of writing, he gives us a glimpse of the internal molecular storms that used to give him countless sleepless nights and how those nights led to some of the brightest days in the history of scientific investigation.

In Love, God & Neurons Naskar offers a candid look at the events, emotions and people that steered his life through the mesmerizing alleys of philosophy and some mystical and romantic experiences that ultimately inspired him to utilize the modern tools of science in the pursuit of lavishing human life with colors and self-awareness. 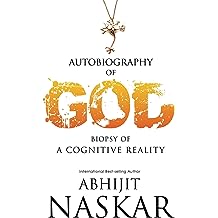 Many of us experience the divine presence of God in our lives, but what would happen if by some magical means we get to peek inside the mystical domain of this apparently supernatural consciousness!

What if God personally tells us how does he/she/it impact over our lives and our very existence?

What if this inexplicable divine entity tells us, why and how does he/she/it feel so real to many of us?

Why do some people cause destruction in his/her/its name?

Why are we humans so fascinated with beliefs?

Why does the battle between believers and atheists never end?


Let’s get inside God’s head and visualize the world and ourselves from his/her/its perspective. In this page-turning scientific odyssey we get to explore every single biological corner of God’s consciousness.
Read more
Other Formats: Paperback 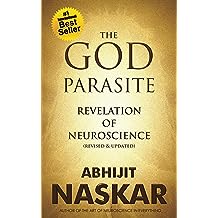 The God Parasite: Revelation of Neuroscience Jun 2, 2015
by Abhijit Naskar
( 14 )
$6.47
The existence of God has long fascinated the human species. Based on a system of belief and several historical encounters with God, the human society has constructed various religions. Whenever something bizarre bothers someone, and that someone takes refuge in divine guidance, hardcore religious preachers give only one absurd answer : “God works in a mysterious way”.
But has any of the billions of human minds on this planet ever experienced a true Almighty Being?
Or is there a mysterious biological phenomenon underneath the human experience of God and Divinity?
Does a Supreme Omnipotent Entity ever intervene in the daily issues of life on this planet?
In this book celebrated Neuroscientist and International Bestselling Author Abhijit Naskar takes us to the scientific land of investigation where we shall explore the true biological foundation of God and religious beliefs. In this fascinating journey of neuroscience we shall discover how exactly we humans constructed God and not the other way around.
Read more
Other Formats: Paperback 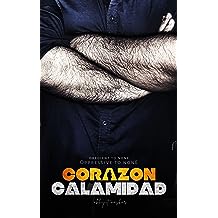 Corazon Calamidad: Obedient to None, Oppressive to None Oct 24, 2022
by Abhijit Naskar
( 1 )
$8.99
"Anybody can walk amidst a hundred protestors, but to walk alone daily on the path of humanity amidst inhumanity - that takes backbone. Big revolution changes party, small everyday revolution changes paradigm." Thus speaks el corazon calamidad.
Read more
Other Formats: Paperback 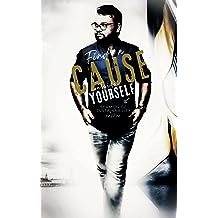 Find A Cause Outside Yourself: Sermon of Sustainability Jul 1, 2022
by Abhijit Naskar
$9.45
"Where there is simplicity, there is sustainability."

Thus speaks planet earth's foremost champion of humanitarianism Abhijit Naskar. In his bold and simple words he gives us the golden principle. "There never was a sustainability problem, there is only a self-centricity problem."
Read more
Other Formats: Paperback 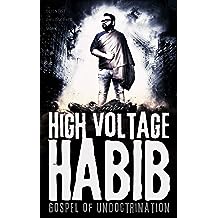 "How can anybody be okay, when some pompous, puffed-up, maladjusted, addlepated, blowhards keep impeding efforts of equality and assimilation, as if it's not 2022 AD, but 2022 BC!"
Read more
Other Formats: Paperback 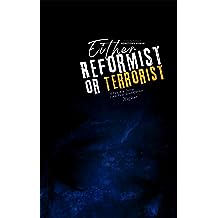 Either Reformist or Terrorist: If You Are Terror I Am Your Grandfather Apr 1, 2022
by Abhijit Naskar
$9.45
"When the tyrant slaps you once, slap them back twice, like a concerned parent, and say, no more."

Planet Earth's champion of humanitarianism gives us a bittersweet masterpiece of law, order and reform in our fight against tyranny. In his bold and simple words Naskar states: "When your family is in danger, you don't ponder, should I intervene - you just jump - that's what love does to a person. Only such love will save the world, not law. When the civilians of the world feel such love for the world as they feel for their family, the world leaders will have nothing left to do but direct traffic."
Read more
Other Formats: Paperback