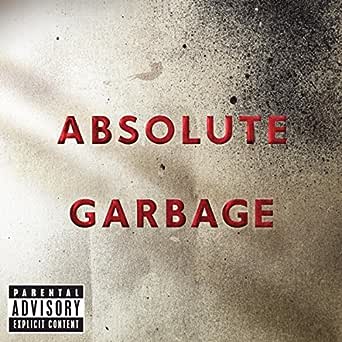 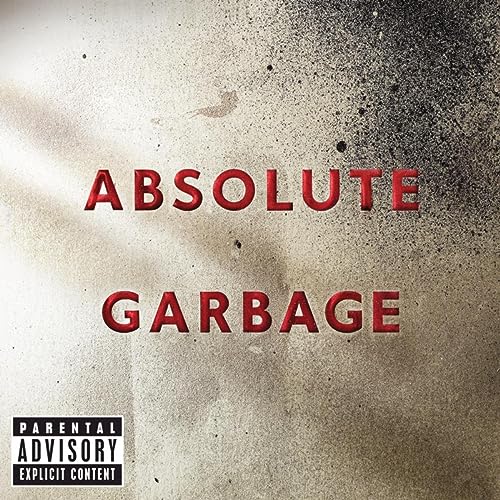 Listen Now
Buy MP3 Album $6.99
Your Amazon Music account is currently associated with a different marketplace. To enjoy Prime Music, go to Your Music Library and transfer your account to Amazon.com (US).

4.8 out of 5 stars
4.8 out of 5
347 global ratings
How are ratings calculated?
To calculate the overall star rating and percentage breakdown by star, we don’t use a simple average. Instead, our system considers things like how recent a review is and if the reviewer bought the item on Amazon. It also analyzes reviews to verify trustworthiness.
Top reviews

Fort Knox
3.0 out of 5 stars Enjoyable collection but missing their greatest song
Reviewed in the United States on November 16, 2020
Verified Purchase
Nothing makes my blood boil than a greatest hits album that is clearly missing a fan favorite song. In this case, there is a whole generation of fans who grew up playing Gran Turismo on the Playstation and all love the song “As Heaven is Wide”

There is NO reason that song should not be on this compilation. It’s not like Garbage have dozens of albums to choose from.

So I had to buy it as a single, edit the metadata on the cloud player and get it on this album.
Read more
Helpful
Report abuse

M J Heilbron Jr.
5.0 out of 5 stars Some of the best rock music of the last decade.
Reviewed in the United States on July 31, 2007
Verified Purchase
"Absolute Garbage" is Garbage's greatest hits disc. This special edition adds a CD of remixes.

The first disc is a spectacular, single-disc summary of this extraordinary band. Nobody sounds like Garbage. You know a Garbage song the instant you hear it.

First, there's the amazing Miss Manson. She joins a very small club of female rock singers that rise effortlessly above their peers...we're talking Chrissie Hynde...and then that's pretty much it. She's that good.

The rest of the band are no less tremendous. MAN can they make a lot of glorious noise! So many of these songs have irresistible hooks, earth-shaking sonics, walls of guitars and synths...drums that come from, oh, I dunno, magma? They come from nowhere...from somewhere below...and then explode with a fierce inevitability. Check out the fireworks on "Rains" or "Push It" or even "When I Grow Up."

Layer on that these anthemic choruses and terrific melodies, and you have some of the best rock music of the last decade.

The disc does a good job summarizing their four albums, and as any true fan, I have my quibbles over song selection. But they are just that: quibbles. Of a fan. Of a particularly fussy fan.

The remixes are superfluous. Worse that that, they're just bad. Now don't get me wrong: I love remixes. They can make a good song more interesting, longer for added enjoyment, or they can present an overly familiar song in a fresh manner so you can like it all over again.

Yeah, well, none of that sort of stuff happens here.

For me, the second disc could have been a live disc, or more songs, like "Supervixen" or "Androgyny". Or the DVD of the videos. Which I also bought.

But as it stands, that one disc is pretty darn awesome. You cannot lose with songs like "Only Happy When It Rains" (how wonderful would it have been to have, say, the Hynde/Manson duet version from VH1 here?), "Stupid Girl", "Special", "Cherry Lips", "Bleed Like Me"...

I really hope they're not broken up for good. In this era of disposable pop, there simply isn't enough of this good stuff to go around.
Read more
22 people found this helpful
Helpful
Report abuse

Madguy
4.0 out of 5 stars Garbage's Best Stuff All On One Disc
Reviewed in the United States on January 14, 2008
Verified Purchase
I have been a huge Garbage fan since the beginning (and when Shirley was in Angelfish)and have followed their work up to present. Absolute Garbage (not too crazy about the title)tracks the band from their first hit singles (and the best)to the somewhat commercially rocky '00s material. Their timing was dead on in 1995 when their debut hit stores and Shirley and the boys got heavy airplay on radio and MTV. Their music was a strange brew of glossy alt-electro rock often sampling other artists who seemed to be their inspirations. "Stupid Girl" updates The Clash's "Train in Vain" and later on their second record, "Special" relies on Chryssie Hynde. "Vow" is an exquisite stinger as "Only Happy When it Rains" sounds like a sunny pop song except that it's not. "Milk", the last track the debut began a trend with Garbage; each album they have released have always closed with a bittersweet ballad that is usually dark, sexy, and pleading. The best example is "Milk" with it's desperate "I'm waiting for you" hook. Gorgeous, and so different from other music of that time. In Between the debut and Version 2.0, was the Romeo and Juliet Soundtrack which featured Garbage's ode to obsession "#1 Crush". Version 2.0 set well with critics and fans alike and became a year end favorite on many magazine lists. Lead single "Push It" twisted Salt N' Pepa into a multi-layered techno-rock gem. Check for the Beach Boys influence when Shirley purrs "Don't Worry Baby" like it was the 60's all over again. This will come up again on the third record. "I Think I'm Paranoid" ressurects "Bend Me, Shake Me" and makes for another Garbage classic. "When I Grow Up" was a great single and a track from the Big Daddy soundtrack during that time. It was a lighter cut, and made way for Garbage's slightly looser, poppier sound. Of course, there are no words for the awesome ballad that is "You Look so Fine". It contains one of my favorite lines from a song: "You Look so fine, I want to break your heart and give you mine". I mean, what's not to love? "The World is Not Enough" was from the James Bond Soundtrack and wisely included among the best cuts. The third record Beautiful Garbage received mixed reviews, mostly for Garbage's transition into a lighter sound that mixed their signature styles with 60's girl group harmonies. At times the tracks seem a bit forced and not so cohesive. Even still, Beautiful contained some great songs. "Cherry Lips(Go Baby Go)is among them. On a collection like this, it seems to stand out just a bit but really it is the best example of how flexible Garbage's sound can be. It's a track that is hard to categorize or pin down, and maybe that was the point. It's mostly sparkle and pop, but at the same time casts a wicked new wave spell behind Shirley's nearly unrecognizable high and perky voice. Also from that album is "Shut Your Mouth", one of the tracks that sounds more like Garbage's mid-late '90s offerings. A few people complain about the omitted "Androgyny", "Breaking up the Girl", and "Sex is the Not the Enemy". People will always disagree with best of collections. I for one am glad that "Androgyny" was left off. That track has to be the weakest of all and would throw off a nice collection like this. Obviously I am not the only one. As for the others left off, I like them but not the strongest material. Overall, I'm pretty happy with the selection of the singles and wouldn't change a thing. The fourth record, Bleed Like Me, was a bit more on track with critics and the buying public. I was so glad that "Why Do You Love Me" got the airplay it deserved. It's an excellent single about insecurity and empowerment and a nice comeback hit for Garbage. The title track is a good old fashioned blistering Garbage track, although not quite as classic as say, "Queer" or "Stupid Girl". A nice remix of "It's All Over But the Crying", Bleed Like Me's album closing torch song, and the new track "Tell Me Where It Hurts" which sounds like part of the Beautiful Garbage era, is also included. It's a good song but not the strongest of statements on the future of Garbage. All in all, it's nice to have whether you're a fan or a casual listener since most of the good stuff is on here. Most are under the impression Garbage is a singles band and that's not true at all. The debut and Version 2.0 are essential listening and two of the best records of the 1990s. Includes nice booklet with great photos, lyrics to all songs and a nice little history of the band. Buy it now!
Read more
6 people found this helpful
Helpful
Report abuse

Jillangel
5.0 out of 5 stars Just what you need to complete your Garbage collection
Reviewed in the United Kingdom on August 26, 2018
Verified Purchase
This is a great collection of all Garbage's singles and B sides. Ideal for a late discoverer of this talented band like me. I came in via Temptation Waits on a Buffy CD and shored up by hearing Stupid Girl and now I am a total Garbage convert.
Read more
Report abuse

Terri mercer
5.0 out of 5 stars Worth a listen
Reviewed in the United Kingdom on February 15, 2021
Verified Purchase
It's a great album, an old favourite of mine.
Read more
Report abuse