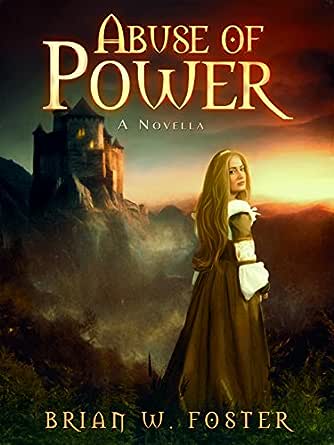 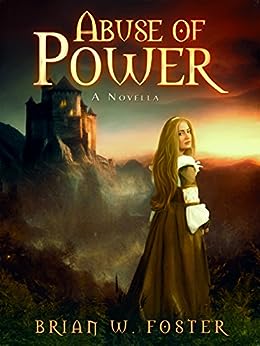 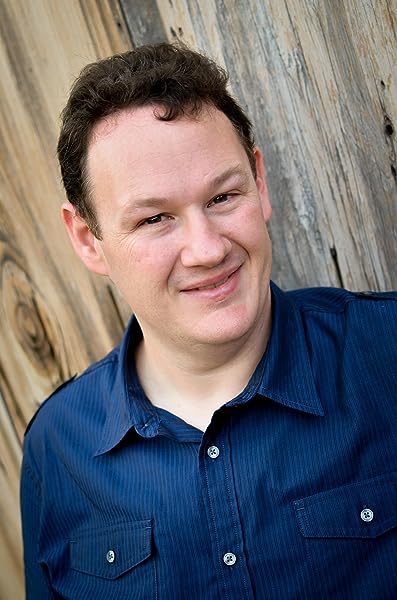 Abuse of Power (Rise of the Mages Book 0) Kindle Edition

Making Good Stories
4.0 out of 5 stars Power and Privilege
Reviewed in the United States on October 20, 2019
Verified Purchase
A man avoiding his ducal responsibilities in favor of roving the countryside to track outlaws meets his match in a young, powerful woman met by chance in Brian W. Foster's Abuse of Power.

August "Auggie" Asher enjoys his duty as an army major, tracking down outlaws and bringing about justice, happily doing so in order to avoid the looming responsibilities of his father's duchy and the expectations that come with it. Alaina has been surviving a life on the run, hiding her true identity and her eye-catching appearance from everyone, especially catchers who would take her back to her home to face her death. When Auggie enters the tavern where Alaina has been earning her keep, their lives become linked as he is stubbornly determined to save her after his kind actions brought her to the attention of a mean-spirited catcher. When during the rescue Auggie learns of Alaina's true identity and reason for trying to evade capture, they must decide between what is right in the eyes of the law or their emotions.

An intriguing premise is introduced within the quickly moving story of two people working to manage their lives with the difficulties presented by their respective inherited burdens.  This story feels like more of a set up for a later, more fully realized narrative, particularly with the cursory way that political and societal intrigue is presented and the rather insta-love romance that rapidly progresses. Though this novella offers only a brief introduction to the world and the characters, there's some good potential for the complexities of the magic and kingdoms' societal structures and powers to be developed out into a more comprehensive world.

Overall, I'd give it a 3.5 out of 5 stars.
Read more
Helpful
Comment Report abuse

Katie Bargainer
4.0 out of 5 stars a bit stereotypical but its a novella.
Reviewed in the United States on September 13, 2016
Verified Purchase
Only bad thing I can really say about this story is how short it is. I wanted to know more about each of the characters. It is a prelude/short story before a series.
There are three main characters and then I guess one support character. You do not really get to know one of the main characters (I am saying the "bad" guy in the story is a main). He only know he is a catcher who is after the bounty on Alaina's head. The rest of the characters are a bit stereotypical of nowadays fantasy.
Then there is Alaina who is the "maiden" in "distress". She tries to act like she doesn't need help but she wants it. The guy Auggie ignores her acting and still helps her.

It is a fast read and a bit stereotypical but its a novella and not a full novel so I gave it some lead way in the story its self. All in all I would defiantly read the rest of this series just to learn more about the world they are in.

I would also recommend either getting it with KU or wait unless he lowers the price or something as 3 dollars is a bit much for a novella that I read in 2 hours.
Read more
Helpful
Comment Report abuse

Awesome Net Deals
4.0 out of 5 stars A Fun Read
Reviewed in the United States on July 19, 2017
Verified Purchase
Fast paced excitement with heart warming romance. Alaina, a Mage, is on the run trying to escape the catcher. Auggie, an earl's son, lives for adventure and is trying to escape marriage and responsibility. When Auggie meets Alaina everything changes.
Read more
Helpful
Comment Report abuse

Tina Graham
4.0 out of 5 stars Good
Reviewed in the United States on October 12, 2016
Verified Purchase
This was a good book. Just to fast paced because it is too short. This shouldn't have been a short story. Would have been better if longer.
Read more
Helpful
Comment Report abuse

Bonnie 'Dale' KeckTop Contributor: Fantasy Books
5.0 out of 5 stars life is good. As an army major
Reviewed in the United States on July 27, 2017
Not kindle Unlimited got it from one of my freebie places.

For August “Auggie” Asher, life is good. As an army major, he travels the countryside tracking outlaws and generally avoiding any responsibility for running his father’s duchy, especially the part about providing an heir. Women are great—as long as they don’t want any commitment. But when he meets one who needs a hero, his sense of duty forces him to confront conflicting desires.Alaina hates being a fugitive. She’s left her friends and family behind and can’t trust anyone. Worse, she’s always looking over her shoulder for the catcher who will have her executed. Maybe she should just do the right thing and turn herself in. If only she could find the courage.

R.P. Blotzer
4.0 out of 5 stars Lawman/Criminal
Reviewed in the United States on September 7, 2015
*I received this book for an honest review*

August Asher is a lawman, Alaina is a criminal. Together they must decide whether it is nobler to follow what the world tells them... or is it better to allow their hearts to decide....

As most have said before, this is a really great concept and was handled in a very real life way. The flow needs some help, but I have found some of the popular authors had that type of problem early on as well. August was a very cool character. part military, part passionate man. His lady, Alaina held her own and the romance was well done, not too sappy and kept things very clean. I enjoy the author's description on the setting, leaving enough to the imagination. A great start
Read more
One person found this helpful
Helpful
Comment Report abuse

Sue Padgett
2.0 out of 5 stars Pretty good first story.
Reviewed in the United States on September 1, 2015
Lots of things to like about the storyline but the author's writing style itself was not for me. I did like the premise of the story and I liked the adventure of the protagonists but really feel that the writing itself could have used some help. The sentences were choppy and simple plus the use of nicknames like Auggie and Benj didn't work for me. Overall a pretty good first story and with some editing help his next book might be better. FYI I received a free copy of this book in exchange for an honest review.
Read more
2 people found this helpful
Helpful
Comment Report abuse
See all reviews