The Academy Saga : A Suspense Romance With a Twist and millions of other books are available for Amazon Kindle. Learn more 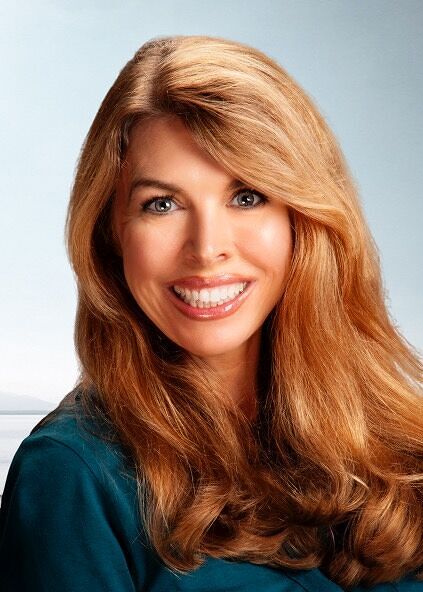 Few novels genuinely deserve the epithet of 'page-turner' but The Academy is certainly worthy of it. Cleverly plotted, beautifully characterized, dark and utterly compelling it's clear from the start that Daly knows how to weave an intriguing narrative and she is quick to hit her stride. Taking the best elements of Romance and Paranormal Fiction the pace rarely lets up as The Academy becomes an all-prevailing presence in Katie Connelly's life. A life in stark contrast to that lived by The Academy's cadets and Daly's carefully constructed narrative which adopts alternating perspectives will have readers on tenterhooks as the characters develop and change.
Despite the ever-popular pull of the genre there are surprisingly few thrillers in the YA genre that create authentic relationships between protagonists, but with its great cast of characters Daly has pitched it perfectly and the burgeoning relationship between Katie and Peter Davenport is touchingly rendered and feels very real. Both are well nuanced and sensitively drawn protagonists with a host of obstacles for them to overcome but Daly keeps us guessing to the very end with a final reveal that's sure to have far-reaching implications for Katie and her younger siblings Andrew and Mikey.
A superb read that will surely appeal to fans of The Hunger Games and Twilight, The Academy is recommended without reservation.

"CJ has created an unforgettable story about a young woman caught up in a world of lies and deception. The Academy is a page-turning read with a twist you may not see coming." --Tony Jones, Executive Producer of "My All American"

"With unusual subtlety and skill, CJ Daly crafts a novel filled with originality and sophisticated, true-to-life characters. The Academy will have strong appeal for both young and adult readers and anyone looking for an exciting, contemporary romance." ⭐️⭐️⭐️⭐️⭐️
~Christian Sia, Readers' Favorites

"Unique, intense, and suspenseful. A story with compelling characters that pull you into the author's world and keep you reading from beginning to end. Intriguing start to a new series." --New York Times Best Selling Author Jami Brumfield


"Daly crafts superb dialogue . . . A romance with a hint of mystery and a well-developed protagonist. Perfectly sets up a planned sequel."
-Kirkus Review


CJ Daly believes dynamic characters and high stake conflict are necessary elements to create a page-turning read. And a good way to create instant conflict is to crash opposing worlds. The Academy Saga is set on the lonely plains of New Mexico, where 17-year-old Katie Connelly has to work 24-7 just to help her family survive. CJ contrasts Kate's scrabbly, land-locked hometown with the lush grandeur of the Northern California coast. Located just across the awe-inspiring Golden Gate Bridge in Marin County, The Academy is a secret government institution posing as an elite military academy. When two of their elite cadets crash into Katie's invisible life, sparks begin to fly . . . and long-kept secrets begin to reveal themselves.

Weaving the secrets of the Connelly Clan and The Academy's charismatic ambassadors into the story, The Academy Saga transforms into a beautiful tapestry, interwoven with mystery, suspense, and romance.
If you want to see two elite alpha males finally meet their match, then you need to begin your Academy Saga journey today.
Happy reading!

It just couldn't be. Could it?
I stumbled to stand upright to get a closer look. What I saw made my face blanch, and my feet scrabble backwards like I'd seen a ghost. What's he doing here? . . . Nothing good.
"Get her in the truck," someone directed from the driver seat. I thought that deep voice sounded familiar but couldn't be sure, because my ears were ringing, and I was faint with fear and near exhaustion.
I must've been taking too long to process what was going on, because the door sprang open. A very large, very muscular guy stalked my way, with a determined look upon his face. Somewhere in the recesses of my mind I registered the fact that he was also very good looking.
Oh man . . . not again! It suddenly occurred to me that I'd just jumped from the frying pan into the fire!

Kate Connelly should be careful what she wishes for.

Just seventeen, she already feels like she's suffocating. Since her mother's death, her father's basically checked out, so she's stuck raising her brothers by herself out in the New Mexico scrub. All Kate wants is a little distraction from the same-ole, same-ole that is her life.

When two mysterious guys show up at the diner where she works, she thinks her wish has come true, until they start giving her a hard time. Like her life isn't hard enough. Something about them niggles her, but she brushes it off. She's never going to see them again anyway...right?

Then they appear in an alley one night to either rescue or kidnap her (she's still not sure which) before disappearing like figments of her imagination.

Kate decides to put the bizarre encounters out of her mind. She has bigger problems to worry about: like that elite military academy that's been pursuing her gifted little brother. When one of their cadets shows up at her high school, he creates instant pandemonium. And just happens to be one of those mysterious guys. Coincidence? Mama said there's no such thing. And to always trust her instinct. But that might be kind of hard, because every time she's around Cadet Peter Davenport, her gut starts flip-flopping on her. And her heart.

Can Kate keep it together long enough to stop Cadet Davenport's mission? She's about to find out. And--once again--how neatly life can be split into before and after.

CJ Daly's love of books began on her family's ranch in New Mexico. While she was supposed to be helping her six siblings with chores, Daly was sneaking behind dusty haybales to read library books and stare at the jets streaking across the endless sky. And dreaming of becoming a writer.

After graduation, Daly moved to Dallas, where she quickly put herself through college while trying to rid herself of her country drawl. She had better luck with college, graduating magna cum laude with a degree in English literature. After a humorous five-year stint teaching middle school - and pausing to have back-to-back boys - she began writing in earnest. A whirlwind year and countless sleepless nights later, and The Academy Saga series was finally born. Armed with a Readers' Favorite seal-of-approval, a Hollywood testimonial, and a deep-seeded belief in herself, CJ finally unveiled The Academy July 2019, where it quickly climbed to Amazon's Best-Seller list for New Releases. The much-anticipated sequel, Cadet-in-Training, launched August of 2020 and has already been a huge hit with TAS fans!

When CJ isn't writing, she can usually be found running from one athletic field to another to cheer on her boys or feeding the array of wild animals that show up at her back door.
Read more

Start reading The Academy Saga : A Suspense Romance With a Twist on your Kindle in under a minute.

4.6 out of 5 stars
4.6 out of 5
115 global ratings
How are ratings calculated?
To calculate the overall star rating and percentage breakdown by star, we don’t use a simple average. Instead, our system considers things like how recent a review is and if the reviewer bought the item on Amazon. It also analyzes reviews to verify trustworthiness.

Kelly C
5.0 out of 5 stars Summer sexy read, here you go!
Reviewed in the United States on July 8, 2019
Verified Purchase
Gah! I loved this book! So much sexiness, so much chemistry! And a really intriguing story to boot, what is going on at this mysterious Academy? The characters are so well written, you see them all playing in your head like a movie. And Pete and Kate, good lord, romance flirting and chemistry at its finest. Will definitely be re-reading all the Kate/Pete scenes and can’t wait for book two!
Read more
12 people found this helpful
Helpful
Report abuse

Berry
5.0 out of 5 stars 5 star YA novel
Reviewed in the United States on January 30, 2020
Verified Purchase
A friend recommended me this series if I enjoy YA novels. I haven't read for pleasure in YEARS, but I thought "what the hell? I trust my friend's judgement." I sat down to read casually this weekend and ended up reading the whole dang book. I COULDN'T PUT IT DOWN! The small town drama, the teenage angst, the love drama.. watching the remaining pages of the book dwindle as the story unfolds was a bittersweet feeling. Now I (im)patiently wait for CJ Daly to release her next book.
Read more
7 people found this helpful
Helpful
Report abuse

BusyBwithThree
5.0 out of 5 stars Fantastic read!
Reviewed in the United States on September 25, 2019
Verified Purchase
Wow! Just Loved This!! The characters are so well written!! I curled up with this story and happily disappeared into its pages for hours at a time!! Can’t wait for the sequel!
Read more
11 people found this helpful
Helpful
Report abuse

Nina
5.0 out of 5 stars Very good!
Reviewed in the United States on May 15, 2020
Verified Purchase
Loveeddd this book! I read it in one and a half days! Has romance and mystery. About a special girl who is trying to protect her family from an academy trying to rip them apart. There is no werewolves or vampires or supernatural in this book. But certain characters are "gifted"
Read more
5 people found this helpful
Helpful
Report abuse

Elaine
5.0 out of 5 stars Page turner
Reviewed in the United States on September 26, 2019
Verified Purchase
Fabulous novel! Daly is a talented author whose style of writing immediately captures the reader and pulls you in. Can't wait to read the next one in this series!
Read more
10 people found this helpful
Helpful
Report abuse