You've subscribed to Danger Never Sleeps! We will preorder your items within 24 hours of when they become available. When new books are released, we'll charge your default payment method for the lowest price available during the pre-order period.
Update your device or payment method, cancel individual pre-orders or your subscription at
Your Memberships & Subscriptions
There was an error. We were unable to process your subscription due to an error. Please refresh and try again. 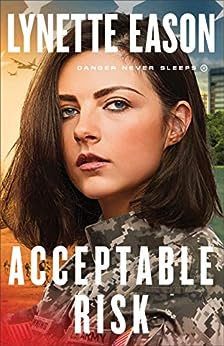 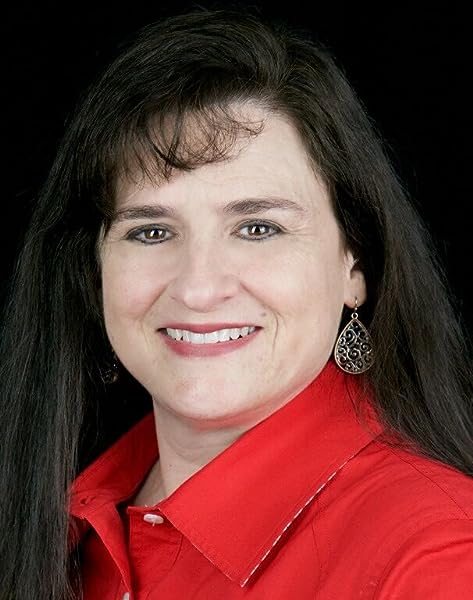 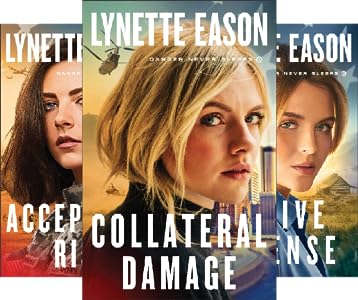 Lynette Eason is the bestselling author of Collateral Damage, Acceptable Risk, Protecting Tanner Hollow, and the Blue Justice, Women of Justice, Deadly Reunions, Hidden Identity, and Elite Guardians series. She is the winner of three ACFW Carol Awards, the Selah Award, and many others. Visit her at www.lynetteeason.com.

Callie Beaulieu has been an actress for several decades. Classically trained, she is predominantly a theater actress, and her work has been seen around the country. Callie recently returned to the US after spending nearly a decade living in the Caribbean. She is a proud member of Actors Equity Association and SAG-AFTRA. --This text refers to an out of print or unavailable edition of this title.

For one journalist, the story of a lifetime is hitting too close to home

Sarah Denning is a military journalist with the Army in the Middle East when she is taken hostage. When former Army Ranger Gavin Black is asked by his old unit commander--Sarah's imposing father--to plan an extremely risky rescue, he reluctantly agrees and successfully executes it.

Back in the US, Sarah is livid when she's discharged on a false psychiatric evaluation and vows to return to the Army. Until she learns of her brother's suicide. Unable to believe her brother would do such a thing, she puts her plans on hold and enlists Gavin to help her discover the truth. What they uncover may be the biggest story of Sarah's career--if she can survive long enough to write it.

"Every page had me on the edge of my seat."--Urban Lit Magazine


Lynette Eason is the bestselling author of Collateral Damage and Protecting Tanner Hollow, as well as the Blue Justice, Women of Justice, Deadly Reunions, Hidden Identity, and Elite Guardians series. She is the winner of three ACFW Carol Awards, the Selah Award, and the Inspirational Reader's Choice Award, among others. She is a graduate of the University of South Carolina and has a master's degree in education from Converse College. Eason lives in South Carolina with her husband and two children. Learn more at www.lynetteeason.com. --This text refers to the paperback edition.

4.7 out of 5 stars
4.7 out of 5
624 global ratings
How are ratings calculated?
To calculate the overall star rating and percentage breakdown by star, we don’t use a simple average. Instead, our system considers things like how recent a review is and if the reviewer bought the item on Amazon. It also analyzes reviews to verify trustworthiness.

. . . . except that everyone around her, insists that the troubled young woman in the adjacent hospital room doesn't even exist. Military journalist Sarah Denning is adamant that Brianne is indeed a very real person, but then again Sarah is experiencing horrific nightmares and flashbacks from a recent ordeal in Afghanistan, and has been deemed unstable enough to be discharged from the army .

Following her harrowing kidnapping experience by Middle East terrorists and subsequent rescue, Sarah's recovery from two gunshot wounds has resulted in a period of mild convalescence . Certain that her life is still in danger, her father, a military general, hires former Army Ranger Gavin Black to protect Sarah, putting Gavin in the cross hairs of a woman for whom he dearly cares and a father whom Sarah clearly despises.

A suspicious family tragedy deepens Sarah's apprehension, but accelerates her determination to find some answers; she needs to find Brianne and she needs to know what really happened to her brother . . .. and then there's Gavin. Is any of it an "acceptable risk"?

Nicole S.
5.0 out of 5 stars This book is intense and then some! So, so good!!!
Reviewed in the United States on January 12, 2021
Verified Purchase
If book 1, Collateral Damage, in the Danger Never Sleeps series by Lynette Eason is intense (and it is!), then book 2, Acceptable Risk, is intensity on steroids. From the very first page, Acceptable Risk is one wild ride and never lets up. Seriously, there are moments in this story that are so edge-of-your-seat I could barely breathe and I began to tear up. I loved every minute! Sarah Denning is an amazing heroine. She is beyond brave and courageous, and she is super smart. I would love to have 1/10th of her non-stop energy. Gavin Black is the best kind of hero. He’s strong, intelligent, capable, and compassionate. He really does have a big heart. I love how he’s able to see ten steps ahead, how he’s able to read Sarah like a book, and how he’s able to recognize his mistakes and work towards making himself a better man. I enjoyed following the mystery and trying to see if I could put the pieces together ahead of the characters. I was able to somewhat, but overall this story kept me guessing till the end. And, Acceptable Risk isn’t just a fluff Romantic Suspense story. I very much appreciate the many timely themes and messages. I especially loved the discussion on forgiveness, and how we don’t have to fall victim to our past sins. We can move forward as a new, better-improved version of our former selves. All in all, Acceptable Risk is an excellent Contemporary Romantic Suspense story that I highly, highly recommend!

I purchased a copy of this novel in eBook form from Amazon.com on November 30, 2020, in order to review. In no way has this influenced my review. The opinions expressed in this review are my own.
Read more
One person found this helpful
Helpful
Report abuse

Kindle Customer
5.0 out of 5 stars Danger everywhere
Reviewed in the United States on August 11, 2020
Verified Purchase
For Sarah, danger seems to follow her everywhere, from kidnapping in Kabul to three other kidnappings in a short span of time. Can't catch her breath between hospitalizations & snatchings in spite of 24/7 bodyguards. Gavin manages to rescue her in the nick of time. This book is a fast read and will keep you turning pages long after you lied to yourself about just "one more chapter".
Read more
One person found this helpful
Helpful
Report abuse

Stella Potts
5.0 out of 5 stars Loved This Book
Reviewed in the United States on October 22, 2020
Verified Purchase
You absolutely can’t go wrong with a Lynette Eason book. This second book in the series deals with some hard and sad subjects like suicide and PTSD. Issues of trust and hatred in our hearts. I think the characters are all believable and very likable. I especially loved Gavin and his attitude. Also loved Caden even though he is in a supportive role. This book could be read as a stand alone but do yourself a favor an read the first book in the series. You won’t be sorry.
Read more
Helpful
Report abuse

Kindle Customer
5.0 out of 5 stars Suspenseful
Reviewed in the United States on September 27, 2020
Verified Purchase
What a rollercoaster ride of suspense, intrigue, mystery, emotions, and many twists and turns. Learning to forgive others and oneself. A great story to read.
Read more
Helpful
Report abuse

Amazon Customer
5.0 out of 5 stars Lynnette Eason does it again!
Reviewed in the United States on August 17, 2020
Verified Purchase
Sweet clean romance and enough suspense to keep you up late at night reading. Can’t wait for the next one!
Read more
One person found this helpful
Helpful
Report abuse
See all reviews

Brookelly
5.0 out of 5 stars In a word - WOW!
Reviewed in Australia on August 7, 2020
Verified Purchase
‘Acceptable Risk’ is the second book in Lynette Eason’s ‘Danger Never Sleeps’ series, but can easily be read as a stand alone.

I found this book literally impossible to put down! I read it in one sitting and I tore through it. I’m pretty sure it took me less than 3 hours to finish. It grabs you from the fist page, and it’s go, go, go until the last page.

A word of warning though - despite the fast pace, this novel is definitely not a light read. The subject matter is fairly heavy and intense. But the story is so well executed that it doesn’t sit too heavy with you afterwards. Which is just how I like a book to be. Able to address a heavy topic and get you thinking, without leaving the weight of the topic on you afterwards.

I would go as far as to say that this book is a cut above a standard romantic suspense, as it has a depth to it often only found in more character driven books - where the slower pace allows for deeper characterisation. Somehow, she has been able to combine both a fast pace and deeper development - with phenomenal results!

I will be reading this one again.
Read more
Report abuse

Sally
5.0 out of 5 stars Intense from the first chapter. I had a hard time putting this book down.
Reviewed in Canada on September 2, 2020
Verified Purchase
I very much enjoyed this read. Totally captivating. I look forward to the next book in this series.
Read more
Report abuse

Fiona Harrison
5.0 out of 5 stars Very enjoyable read
Reviewed in Australia on August 30, 2020
Verified Purchase
Thoroughly enjoyed this book, I have read every Lynette Eason book and this was a fav. Had to make myself put it down each night despite the temptation to just stay awake to finish.
Read more
Report abuse

lise laberge
5.0 out of 5 stars You can't give up
Reviewed in Canada on September 3, 2020
Verified Purchase
I'm about 2/3 through but so far good book.
Read more
Report abuse

Anna Martens
5.0 out of 5 stars You won’t regret reading this book.
Reviewed in Canada on September 1, 2020
Verified Purchase
This book was awesome! I couldn’t put it down!
Read more
Report abuse
See all reviews