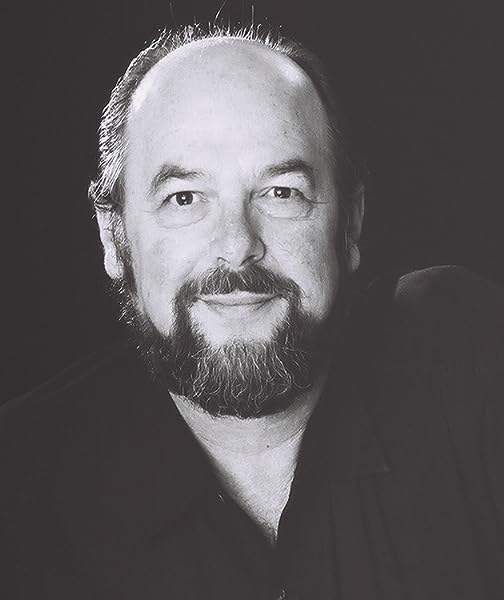 Acceptance of What Is: A Book About Nothing Paperback – March 1, 2000

Start reading Acceptance of What Is: A Book About Nothing on your Kindle in under a minute.

4.0 out of 5 stars
4 out of 5
20 customer ratings
How does Amazon calculate star ratings?
Amazon calculates a product’s star ratings based on a machine learned model instead of a raw data average. The model takes into account factors including the age of a rating, whether the ratings are from verified purchasers, and factors that establish reviewer trustworthiness.
Top Reviews

Franklin Taggart
5.0 out of 5 stars Equal Parts Love and Ruthlessness
Reviewed in the United States on March 23, 2018
Verified Purchase
For those who are looking for a method or technique with which to gain enlightenment, this book will be frustrating. For those who are ready for the search to end, it will be a balm. Wayne Liquorman points simply and plainly to the bare truth that our sense of independent doership hasn't even a wisp of reality. What a relief!
Read more
4 people found this helpful
Helpful
Comment Report abuse

Sebastian Gerber
5.0 out of 5 stars It was essential in my search
Reviewed in the United States on March 27, 2012
Verified Purchase
This book made a deep impression on me.
It is exceptionally entertaining and those who aren't threatened by Wayne's honesty, lack of cliche guru posturing, and wild sense of humour peppered with obscenity- very refreshing in the "spiritual world"- will feel the warmth shining through.
It also contains some wonderful poems and quotes, old and contemporary, including some by Hafiz that are profoundly moving.
We all have different tastes, of course, and things can be appropriate at different times, but I found this book to be both enlightening and entertaining.
I wish the chap who put his copy in the recycling had passed it on. What a waste.
But.. Nothing out of place!!

Courtney
5.0 out of 5 stars thank you!
Reviewed in the United States on April 26, 2016
Verified Purchase
another must read - amazing book!! Thank you Wayne - this book pulled me through a very rough time. Fast delivery - book in perfect condition!
Read more
2 people found this helpful
Helpful
Comment Report abuse

dharma
5.0 out of 5 stars True to form
Reviewed in the United States on May 28, 2013
Verified Purchase
If you're at the point in your life that you would even consider purchasing this work then you'll get IT ....written with clarity and a no nonsense approach.
Read more
3 people found this helpful
Helpful
Comment Report abuse

Walford
5.0 out of 5 stars A Joy to Read
Reviewed in the United States on July 23, 2015
Verified Purchase
As I've come to expect, Wayne makes his points with enormous charm, wit, and incisiveness.
Read more
One person found this helpful
Helpful
Comment Report abuse

J.H.
1.0 out of 5 stars If you are sincere, please look elsewhere
Reviewed in the United States on September 16, 2006
Verified Purchase
Faux-Advaita drivel for the lazy and the naiive. The sad thing is, this poor man really seems to believe he is Self-Realized.

Anyone who has had even a glimpse of their true nature, the Self, would never characterize the experience by saying "literally, nothing happened." (pg. 205). An experience of the Self is a beautiful and powerful moment of Grace that cannot be mistaken. A presence peers from oneself that is distinctly "other" than anything one has ever experienced before.

Do not believe those who would tell you that "no effort is required", "you are already awake", etc. There is no such thing as "drive-thru enlightenment".

If you have a sincere interest in Advaita look to works by Nisargadatta or Ramana Maharshi. Also there is an excellent book available free online titled "The Imposter" by Michael Langford. I don't know anything about the author, but he presents a serious no-nonsense, approach for anyone who is serious about awakening and not just interested in playing with concepts and pretending.

I actually dumped my copy of this book into the recycle bin rather than try to sell it to a used book store. I would not want to be responsible for this being passed onto someone even by accident.
Read more
11 people found this helpful
Helpful
Comment Report abuse

Eirene A. Chara
5.0 out of 5 stars better: To NOT do
Reviewed in the United States on October 9, 2017
I want to take accept-tion to Mr. Gardener's review. I hope this is not seen as abuse but as constructive criticism. I also hope that Mr. Gardiner's illusory "I" will not react too badly!
His views are muddled to the core! Ramana Maharshi would smile. At Mr. Gardiner's ignorance. His non-understanding. His intellectualism and pseudo-intellectualism. Nisargardatta would banish him from satsang for indulging in such ridiculous concepts! (All concepts are ridiculous when it comes to Understanding. Nisargadatta said that Understanding is all. Mr. Gardiner writes nonsense! He has no Understanding! I suggest rather than take his concepts and dreams seriously he ridicule them. They are pure "I" delusion!
I am not a personal student of Mr. Liquorman [Godman! His book "Be What You Are" is precious beyond thought and imagination!]
Mr. Gardiner is sadly, very sadly mistaken in his in-knowledge of Advaita! Mr. Liquorman's Understanding is pristine! Advaita has nothing whatsoever to do with concepts or paths! It is purely a teaching of surrender the "I" thought which is absolutely not the Identity that one already is. I am Awareness. Nothing less, nothing more! Concepts, especially the "I" concept has nothing to do with Awareness. Absolutely nothing! I wish that Mr. Gardiner would tend to his garden which Awareness by name he is supposed to do! (Or, better : To NOT do!)
I hope, for his sake, he surrenders spouting silly nonsense! Awareness cannot be seen clearly with ANY concept whatsoever! Zero. Nada! Zilch! Impossible! Unheard of! Stupid! Infantile! Moronic! Misguided to the n degree! Fatuous! Ridiculous! Idiotic! I am talking about the "I" conceit and not at all about Mr. Gardiner. Ridicule the ego and its incredibly in-delicious ideas and notions Belittle the ego and is ignorance! Put the ego to pasture! Holy cow! A cow is holy. The ego is not! The "I" concept is impersonal (Do not take it personally!) nothingness! Treat it this way and quickly drop it! I taught Advaita Vedanta, Zen and nonduality at prestigious universities. It's all nonsense! Whatever you think you understand it's only foolishness and garbage not fit for a flying pig! In fact, a flying pig understands more than Mr. Gardener! I am attacking the ego, not Mr. Gardiner! Mr. Gardiner is my very Self! Ramana told us that the Self (you) is a silent, thought-free state of undisturbed peace and peaceful joy! Silence excludes ALL concepts whatsoever! Especiall the "I" thought, the root of all suffering. Self-realization is COMPLETELY incompatable with ANY thoughts, ideas, concepts, notions, beliefs, formulations, mental formulas, chants, rants and sounds from the lips (words aka turds!) I hope Mr. Gardiner and his ilk (I am attacking the ridiculous "I" ideology, not Mr. Gardiner and his ilk!), compassionately pointing them in the direction of concept-less self-shining Awareness here and now (where else?) Mr. Gardiner does not know who he really is. He thinks he has a life story! Awareness has no beginning or end! Awareness was never born and can never die! Mr. Gardiner (the "I" concept) is confused! Awareness knows no confusion or nonsense! Awareness is Being Itself, It is happiness, tranquility and Freedom It's Self. Forget all nonsense and abide as the Self! Claim your inheritance!
Walk smiling as a Chessire (?) kat-a-pult to the heights of your real Identity! Don't be a pauper clinging to useless concepts Be finished with all seeking and searching and practicing stupid ideas! You are ALREADY the SELF, seeking for it is absolute the silliest thing imaginable! Cease and desist from all illegal concepts! Render them null and void! If Mr. Gardiner thinks (a mistake!) to pour ridicule on this critique, he had best save all his ridicule for false concepts and even true concepts in the mind. Let him mind his business! Mind IS his business!.Laugh at thoughts of something to attain or reach by concepts or concepts of no concepts! Amen!
Read more
4 people found this helpful
Helpful
Comment Report abuse
See all reviews from the United States

A.Newman
5.0 out of 5 stars Life changing
Reviewed in the United Kingdom on February 21, 2020
Verified Purchase
Eye opening and life changing, a year since I read this book and my life has changed so much to the better. I totally accept that whatever happens is the best thing that could happen in that moment, I no longer dwell on things and I no longer view things as good or bad, everything just is and is perfect as it is! Thank you Wayne, your book came into my life just at the right time!
Read more
Helpful
Sending feedback...
Thank you for your feedback.
Sorry, we failed to record your vote. Please try again
Report abuse

Sylvie Chambaz
5.0 out of 5 stars Book description
Reviewed in the United Kingdom on January 9, 2013
Verified Purchase
Very simple, concrete and easy to read, it cuts through every mind's attempt to freeze reality. Highly recommended to the lovers of freedom.
Read more
Helpful
Sending feedback...
Thank you for your feedback.
Sorry, we failed to record your vote. Please try again
Report abuse