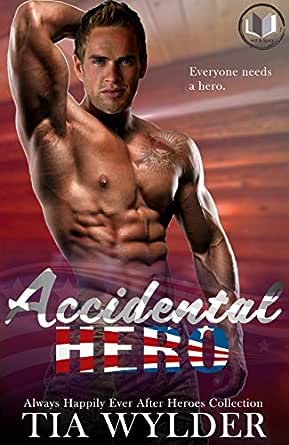 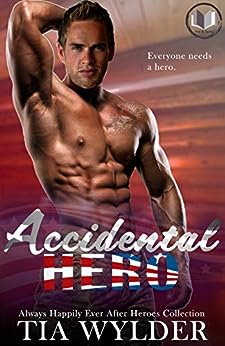 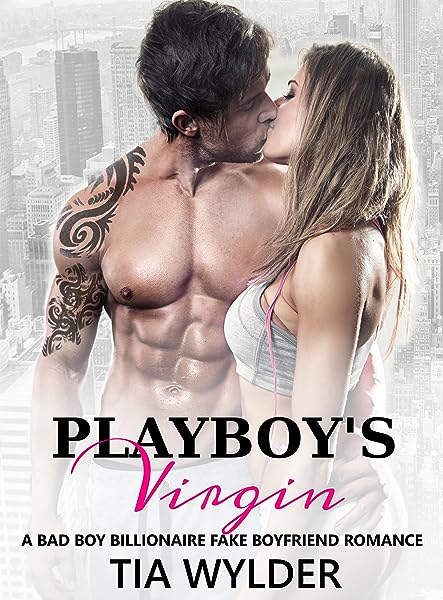 4.3 out of 5 stars
4.3 out of 5
48 customer ratings
How does Amazon calculate star ratings?
Amazon calculates a product’s star ratings based on a machine learned model instead of a raw data average. The model takes into account factors including the age of a rating, whether the ratings are from verified purchasers, and factors that establish reviewer trustworthiness.
Top Reviews

Tamster
5.0 out of 5 stars Accidental Heros
Reviewed in the United States on February 24, 2019
Verified Purchase
Roxanne never had a boyfriend. She is continuing her parents cafe and that is all she has time for. Lucas was in the military and served under Roxanne's father. After seeing a picture of Roxanne he has been infatuated with her. When they actually meet it takes time to get these two together. Both have issues they need to work through but this was a nice romantic story of two people destined to work it out. I've only read the other stories by Tia Wylder
Other stories in this set include: The Baby Promise, Hot Seal Next Door and Hope by Tia Wylder.
The Dragon’s Love Affair by Kelly Iris, Guardian’s Trap by S.S.Stone and Mission Double-Edged Heart by Rachel Silverhart.
I received a free copy of this book via Booksprout and am voluntarily leaving a review.
Read more
Helpful
Comment Report abuse

Kindle CustomerTammy
4.0 out of 5 stars Interesting stories
Reviewed in the United States on February 27, 2020
Verified Purchase
Enjoyed reading these books. The stories in this book set was interesting, dangerous, mysterious, and some hot romance. Couldn't put this down. Recommend
Read more
Helpful
Comment Report abuse

MM7537
5.0 out of 5 stars A Hero in every story!
Reviewed in the United States on February 5, 2019
There are seven books to this collection, the first four are from Tia Wylder and are all awesome. The next three books are okay but not something, I would seek out voluntarily. I based my scoring on Tia’s work and was glad that she mixed it up, as some might like the stories of dragon slayers and what not, but overall they did not bore me.

Accidental Hero: This story is about Roxanne and Lucas. Roxanne is a young woman who has never had a boyfriend and became a business owner as she lost her parents and needed to continue their legacy. Lucas is a military man that had actually served with Roxanne’s father and fell in love with her via a picture that her father had given him. Their first encounter did not work out so well, it was not until they met again 6 months later that everything took off for them both. The story has a little bit of everything and it was a joy to read. Politics are everywhere even in romance stories.

The Baby Promise: This story is about Honey and Peter, two who are in need of each other to get themselves out of the mess that they are in. They meet up the night they are trying to drown their sorrows and end up coming up with an idea to resolve those sorrows. This is a story that begins as a business proposition, but the question is does it end with much more than it should? It is a great story and one that should be read!

Hot Seal Next Door: This story is about Kelly and Paul, one night of passion and he goes on to disappear to start his military life, but he never forgets about her. Year pass on and now she is moving into the house next door...how is this going to play out. This is a second chance romance, which Kelly has to reveal a truth to Paul that he starts to suspect. It has a happy ever after, which is expected, but Paul has to put much more effect into it as Kelly had no fault, as he never responded to her messages.

Hope: This story is about Adele and Jack. Adele wants to save the planet while Jack is the billionaire who builds resorts. This is an enemy to lover’s story. There is excitement in this story as they are caught in the middle of a hurricane’s path and need to survive by helping each other. The question is can they help each other out when they both have opposing ideas? Read the book it will keep you wanting more.

I received a free copy of this book via Booksprout and I am voluntarily leaving a review.
Read more
One person found this helpful
Helpful
Comment Report abuse

Mary
4.0 out of 5 stars Everybody NEEDS Some "Accidental Heroes" In Their Life... Am I RIGHT!
Reviewed in the United States on February 5, 2019
Reviewed By: LMR
Mmmm... It's Getting HOT in Here!
Alpha Men... Check!
Awesome Authors with Great Writing... Double Check!
Mixed Genres to Catch Anyone's Fancy... Triple Check!
4 Super ST€@M¥, Deliciously ¥UMM¥ Stories... Quadruple Check!
Hmmmm! What MORE could ya Possibly NEED...
OH... Are ya Lookin' for a little something to fulfill your guilty pleasures... Well, If Sooo, look NO further than this HOT READ; It's got just the Perfect combination of Naughtiness you're looking for!
Although Here's A Li'l Warning:
Any Reader's Device Damaged due to drooling, melting, singeing, dropping, vibrations, or other unlisted cause is the Reader's sole responsibility, & NOT the authors' for writing such scintillating tales!¡!
I was granted an ARC of Tia Wylder's (et al.) "Accidental Heroes: A Romance Collection" via Booksprout; I recommend this book to others based upon its own merits. All opinions expressed within this review are uniquely my own & freely given!
Until next time... Happy Reading!
Read more
2 people found this helpful
Helpful
Comment Report abuse

Rhonda Hicks
TOP 1000 REVIEWERVINE VOICE
4.0 out of 5 stars I'd definitely recommend this
Reviewed in the United States on February 5, 2019
This collection of stories includes:
Book 1 - Accidental Hero by Tia Wylder
Book 2 - The Baby Promise by Tia Wylder
Murphy's Law and Fate are hand in hand when it comes to these two young people's lives. What a delightful story when characters full of cynicism and hope blended into a tale that will just leave you feeling good. A quick read you won't want to miss!

Book 3 - Hot Seal Next Door by Tia Wylder
True to life second chance! Paul had left 6 years ago without a word to become a Navy Seal. Kelly was the girlfriend who gave him her virginity and then he was gone. Present day finds Paul home from active duty with his son from a previous marriage when Kelly and her 6 year old son move in next door. Attraction is there, but so are the barriers of hiding a broken heart and secrets. This was an enjoyable read with a true to life set of circumstances and an HEA

Book 4 - Hope by Tia Wylder
Tia Wylder has taken a quick read romance and enfolded the angst of opposing sides of an argument with the emotional turmoil of love and hurricane survival. If you've ever been through one, then you know the aspects of all involved. If not, you will get a first hand description with a heart pounding reaction. This makes for the best kind of story.

Book 5 - The Dragon's Love Affair by Kelly Iris
Book 6 - Guardian's Trap by S. S. Stone
Book 7 - Mission Double-Edged Heart by Rachel Silverhart
This review is based on "The Baby Promise", "Hot Seal Next Door", and "Hope", all by Tia Wylde. If the level of enjoyability I've found in these three books is any indication of what is to be expected with the remaining four, then this is a 100% winner. I'd definitely recommend this.
Read more
Helpful
Comment Report abuse
See all reviews from the United States