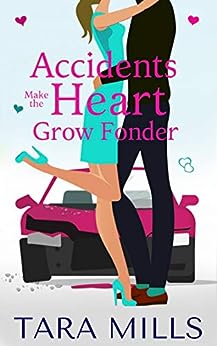 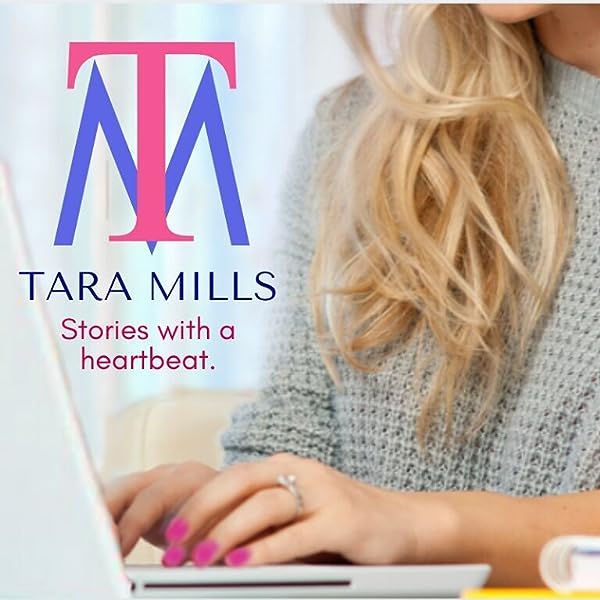 Proof positive Cupid's got a sense of humor! --This text refers to an alternate kindle_edition edition.

Brittany Gardner
5.0 out of 5 stars So funny! I thoroughly enjoyed this book!
Reviewed in the United States on June 4, 2013
Verified Purchase
This book centers around Sabrina, a manager at a bar and restaurant called Oasis, who just can't help being clumsy around Jackson, a hottie she spies running one day. She is too busy checking him out to realize that she has run her car up on the sidewalk and is close to running him down. When they encounter each other again and Jackson realizes that Sabrina is the one who almost ran him over, the relationship becomes a hostile one. Thus begins Jackson's battle to survive all encounters with Sabrina, who can't seem to stop beating him up.

There were so many things about this book that I absolutely loved. The ways in which Sabrina nearly kills Jackson are all so funny and all seem quite possible. Reading along, there were many times that I thought to myself, "That could totally happen to me." I loved this realistic approach. The banter between all of the characters as laugh-out-loud funny. I love a book that has great dialogue, and this one definitely did. I never felt bogged down or bored when reading conversations between characters. The story was also always on the move, and the plot never felt stagnant. I liked how the story switched POV between Sabrina and Jackson, and I think the author did a great job with character development. The book was also a good romance that did not get too graphic, which I enjoyed.

I would most definitely read this book again, and I would recommend to anyone who enjoys lighthearted chick lit. I am interested in reading more by this author!
Read more
Helpful
Report abuse

SaturnMoonie
5.0 out of 5 stars Will be reading this again in the future!
Reviewed in the United States on March 14, 2014
Verified Purchase
(I think it was Cupid's arrows that was complicating things.)

Oh my gosh, this book is hilarious! I don't think I've ever laughed so hard while reading a book. I'm talking shoulder shaking, teary-eyed, busting a gut laughing. It was great. The premise, the story, the plot - everything, it was just a perfect little gem.

I have so many favorite scenes; Sabrina almost running into Jackson, their official first encounter at the grocery store, the game show at Oasis, when Jackson goes to the hospital...so many more! I could probably say the whole book was my favorite scene. Poor Sabrina, every time she turned around she was hurting Jackson. (Guess it's really poor Jackson.) This is the first Tara Mills book I've read, but I'm definitely going to have to look for more. See if this was a fluke, or if this author's other stories are as funny, heart-warming, and perfect as this one.

Pretty short review, but not much to say, except I 100% recommend this book to anybody that likes funny contemporary romances.
Read more
Helpful
Report abuse

A Very Tough Critic
5.0 out of 5 stars A laugh out loud comedy book
Reviewed in the United States on April 16, 2013
Verified Purchase
I haven't finished this book yet, but so far it is a fantastic read. I don't usually laugh out reading, but this is definitely the exception. I would love to see how they would make this play out in a movie. I think it would be one of those "I laughed so hard my tears were running down my legs" type movies. Can't wait to see how this ends. Will let you know if it remains consistent all the way through.

Okay, finished the story and it remained consistent all the way through. The author did a great job with the storyline and the dialogue. Will be looking for more books from this author. Definitely recommend this book for those that like a funny romance. Totally believable book, especially if you are also a klutz like me and can see yourself in the character.
Read more
Helpful
Report abuse

peggy bird
4.0 out of 5 stars Wild and Wacky Romance
Reviewed in the United States on May 19, 2014
Verified Purchase
If laugh out loud fun is what you're looking for, you've come to the right place with "Accidents Make the Heart Grow Fonder." It's hard to imagine a less likely way to start a romance than the way Sabrina Eckhart and Jackson Murphy start theirs--she's so entranced by looking at his…ah…rear end as he jogs past her as she's driving that she runs off the road and sends him flying into a hedge. The weird (and literal) run-ins continue--in her restaurant, on the street, in a grocery store. In spite of it all, the attraction is obvious. You'll have to read the book to find out how it all ends. But I promise when you do, you'll be happy with both the story and the results.
Read more
Helpful
Report abuse

Jules
4.0 out of 5 stars Collisions or Encounter
Reviewed in the United States on April 16, 2013
Verified Purchase
I saw the story in my head while reading. I stayed interested in the characters and story. I laughed out loud at the funny scenes, comments and comebacks. Great humor. I love the strong connections between siblings.
My favorite scene was Sabrina sitting behind the news anchor desk. Such creativity! I would watch the news more frequently if Sabrina was the nightly anchor.
I need to reread to find and bookmark some of the food/recipes, especially Jackson's individual pizzas (Chapter 16).
The descriptions in the book were thorough and complete. The beginning was a bit overwhelming and wordy with all the information trying to set the story. Based on these descriptions, I would like to live in this town, meet all the characters.
I guess the book is not listed as erotic, but is definitely spicey. I think the sex was well written, believable and important to the story. I loved all of Tanya's innduendos.
Overall, a delightful book that I have recommended to my adult family and friends.
Read more
Helpful
Report abuse

Steph
3.0 out of 5 stars Funny yet very VERY long.
Reviewed in the United States on August 6, 2013
Verified Purchase
I liked Accidents Make the Heart Grow Fonder. I enjoyed the hilarious mishaps that Sabrina and Jackson find themselves in constantly. Even their banter was funny. What I didn't like was the overabundance of banal information. I don't need to know step by step what each of them does in the morning before work. I don't need to know what was done on each hole of a 9 hole golf game. It just became to darn much extraneous information. That said, this book was well written, funny and romantic and the couple had great chemistry that was believable. Their relationship developed organically and in a way that made you feel like part of their inner circle. If you don't mind a LOT of detail in your romcoms, then this is the book for you.
Read more
Helpful
Report abuse
See all reviews

Sarah Drew
3.0 out of 5 stars Decent quick read
Reviewed in the United Kingdom on April 22, 2013
Verified Purchase
The "meeting cute" is the best bit about this book: the heroine sends the hero flying each time they meet. It's a pleasant read, if a little rushed towards the h.e.a. There are some variations in tone that don't really go anywhere - the heroine and her best friend discussing the merits or otherwise of circumcision was a slightly odd scene. Both H & h have interesting jobs, written about with enough intriguing detail for me to have wanted the jobs to form more of the plot. Anyway, you could do worse than this cheerful story.
Read more
Report abuse

ElaineG
5.0 out of 5 stars great fun to read
Reviewed in the United Kingdom on April 13, 2013
Verified Purchase
A really good, light hearted fun book to read. The main characters are likeable and Sabrina herself is witty, funny, sexy and refreshingly not irritating, like so many chick lit heroines. The story moves at a good pace, is well written and can be very raunchy at times with some very saucy moments indeed! This would make an ideal summer sun lounger read and is highly recommended.
Read more
2 people found this helpful
Report abuse

Mrs. A. Green
4.0 out of 5 stars Thoroughly enjoyable read
Reviewed in the United Kingdom on September 12, 2013
Verified Purchase
I love nothing more than discovering a new author - and i cannot wait to read more books by Tara Mills. An easy going - well paced book with two very likeable main characters. The road to love was very painful for them ! - but a joyous road. I kept imaging the storyline as a rom com with ryan Gosling as Jackson ! Thankyou Amazon for this freebie - it has introduced me to another great author.
Read more
Report abuse

claire40
2.0 out of 5 stars Ok but slow and dragged on
Reviewed in the United Kingdom on April 18, 2013
Verified Purchase
This book started out ok, but the number of 'accidents' started to become silly and unrealistic. The characters were enjoyable, but there was very little plot at all other than one accident after the other, and two characters falling in love. It could and should have been written half as long, the second half dragged along and by the last couple of chapters it became dull and tedious. I only bothered reading until the end as I had already read most of it, and even flicked through the last few pages without bothering to read it properly as by now it was sending me to sleep. Some of the descriptive text was ok, and it was lighthearted enough for a holiday read, but I certainly won't be recommending it to anyone.
Read more
Report abuse

Kayk
3.0 out of 5 stars Good holiday read
Reviewed in the United Kingdom on June 14, 2013
Verified Purchase
This was a nice, light romantic story with likeable characters. However, as with most romance books, the woman is depicted as a slightly ditzy person who just falls over at every opportunity. I realise that the story was about accidents making the characters meet, but really, did the accidents have to be so inane!?
Read more
Report abuse
See all reviews
Back to top
Get to Know Us
Make Money with Us
Amazon Payment Products
Let Us Help You
EnglishChoose a language for shopping. United StatesChoose a country/region for shopping.
© 1996-2021, Amazon.com, Inc. or its affiliates