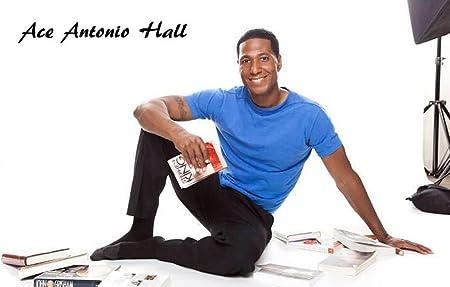 Nzondi (Ace Antonio Hall) was born Acemandese Nzondi Hall in Queens, New York. Hall received his BFA from C. W. Post, Long Island University. Hall is a two-time Honorable Mention winner of the Writers and Illustrators of the Future Award. He is also the author of the novels, The Oware Mosaic (Omnium Gatherum, September 2019), Confessions of Sylva Slasher, (Montag Press, April 2013) and a non-fiction book, Lord of the Flies: Fitness for Writers (Omnium Gatherum, April 2017). 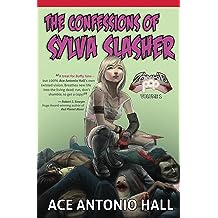 Confessions of Sylva Slasher Apr 15, 2013
by Ace Hall
( 28 )
$2.99
SPRING BREAK GETS WILD ON THE LIVELIEST CRUISE IN THE PACIFIC UNTIL THE UNDEAD CRASH THE PARTY.

Eighteen-year-old Sylva Fleischer and her friends raise the dead for a living for police investigations and mourning families. Two years after her high school crush, a hot guy named Brandon, is assumed dead, Sylva’s friends convince her to go on a spring break cruise in an effort to suppress her depression over him. But when passengers mysteriously die and reanimate into flesheating zombies like she’s never seen before, Sylva plunges into a horrifying struggle between a ship infested with the undead and the scariest thing of all: a second chance with Brandon after she discovers he’s still alive. This is a zombie story that eats right to the core and leaves you licking your chops for more.

Got zombies? Sylva Slasher does...

“Ace should never write a non-zombie book again. As one Aussie likes to say, this is a ripping yarn.” – Ken Hughes, author of Shadowed