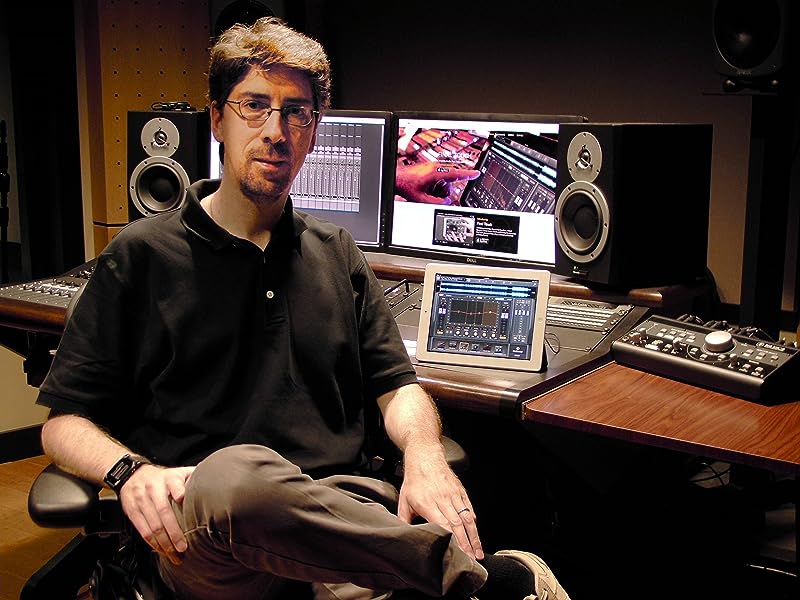 Acoustic and MIDI Orchestration for the Contemporary Composer 2nd Edition

Andrea Pejrolo is the Assistant Chair of the Contemporary Writing and Production Department at Berklee College of Music in Boston, as well as a composer, producer, music technology expert, audio engineer, and bassist. He is the author of Creative Sequencing Techniques for Music Production, Acoustic and MIDI Orchestration for the Contemporary Composer, and has written several articles for music magazines, including Sound On Sound Magazine, MacWorld, Computer Studio Magazine and Bass World Magazine. Andrea has extensive professional experience as a sound designer, audio engineer/producer, MIDI programmer, and composer for film, TV, theater, and multimedia. He is also an active presenter and lecturer for prestigious conferences such as AES and MacWorld.

Richard DeRosa is a Grammy-nominated composer and a professor at the University of North Texas and the director of jazz composition and arranging. His work in jazz includes writing and conducting for the WDR Big Band in Cologne, Germany and for Wynton Marsalis and the Lincoln Center Jazz Orchestra. His work in theatre includes arrangements for A Bed and a Chair featuring the music of Stephen Sondheim, the Broadway show After Midnight, orchestrations for Frankenstein - the Musical, and multiple original scores for the national touring company ArtsPower. Compositions for television include background music cues for Another World, As the World Turns, and The Guiding Light. For film there are various documentaries broadcast on PBS, orchestrations for independent films Gray Matters, Falling For Grace, and Standard Time.

Too many manga
3.0 out of 5 stars Very useful advice interlaced with too much talk about obsolete hardware and expensive software
Reviewed in the United States on May 5, 2018
Verified Purchase
The book starts with an introduction to basic MIDI and acoustic orchestration, in that order. I will assume that Andrea Perjrolo was responsible for the MIDI portions of the book, while Richard DeRosa handled the acoustic side. The book is set up as a textbook for use in a classroom, hence the high price tag for a new copy, but is still quite accessible for an aspiring home studio musician/composer/arranger/songwriter/producer.

However, the MIDI intro is hopelessly outdated. Considering the fact that the second edition is only one year old, this is quite disappointing. For example, the reader is advised to procure MIDI interface hardware, which very few modern instruments and no computers at all will directly accept. About the only relevant part is the extensive discussion concerning the codes and messages one can utilize, to control various features in the process of creating MIDI instruments. However, with an almost infinite supply of samples available online, only a few people will be interested and dedicated enough to pursue making their own from scratch.

Richard DeRosa’s orchestration introduction covers the basics in a concise and interesting manner, allowing the reader to quickly grasp how the acoustic intruments interact with one another to form interesting sounds.

The remainder of the book is divided up according to the various orchestral sections, allowing the reader to go directly to whichever part is of interest at that moment. The main emphasis is on setting up such instruments within a MIDI environment, and how to control them. There is also discussion about how each section of instruments affect themselves and the other sections, including discussions on frequency ranges and reverb placement parameters that need to be manipulated for best sound reproduction, depending on the need within a musical piece.

The hardware and software tools used as examples in the books are fairly expensive, so most people who are on a tight budget will find themselves unable to indulge in such. This reader’s rough estimate of setting one’s self up with most of the tools used in the book would require an initial outlay of at least $3500 US, with the buying of an Apple MacIntosh being the biggest cost. Much of the software used in the book is pricey, starting at about $150 and increasing rapidly from there. There are many serviceable software tools available that are far cheaper (some are free!), and can be obtained by looking around online. Be careful though, because some of the “free” tools are actually demo versions of the actual, pricey ones. Such will tend to have many features disabled unless you pay for the license key to open the entire package.

The authors seem blissfully unaware of the large outlay of money for the hardware and software required to even accomplish their first exercise. It is incredible to see such out-of-touch bourgeois thinking, as if everybody has a university at their beck and call to cover the costs of necessary equipment for one class.

Exercise 1.2 (setting up the configuration in Figure 1.2) is almost impossible to realize, since most of the connecting equipment needed would be very difficult to obtain. Better would have been a network incorporating a USB hub with compatible cables connecting the peripherals to the computer.

The MIDI pieces of hardware mentioned in Figure 1.2 have become obsolete and are no longer manufactured. The lack of an in-depth discussion here about how USB has superseded MIDI interfaces is puzzling, considering how important a role the former now plays in connecting controllers and/or live instruments to the computer hosting the DAW software. Perhaps even a few words about Windows versus OS/X would be useful here.

Exercises in later chapters demand that the reader record various instruments or even voices, then manipulate them within their DAW or various MIDI software tools. As is pointed out in the book, this can very quickly become very expensive. This reader’s question is, once again, who is going to supply the capital outlay to do this? Better would be some discussion on how to do such recordings inexpensively, perhaps even under less than ideal conditions.

The adjunct “website” that was promised as an online treasure trove is bare-bones at best, with only a few scores (already in an appendix in the book) and a handful of audio samples provided. All of the rest of the advertised texts and such are nowhere to be found. This reader would have liked to have had PDFs of the charts for the frequency ranges of the various orchestral instruments, along with recommended reverb settings, available to download. The book is a bit too thick to easily scan, not to mention doing so would most likely violate its copyright.

The obsolete hardware information, along with its sparse online supporting presence and a few other minor details, reduced what would have been a four star rating to three. This reader would recommend buying a used copy of the book, as the retail price for a new one is too high. Even though the book is into its second edition, it is still at least five years behind the technology curve and needs to be immediately more thoroughly revised.

abadidea
4.0 out of 5 stars Helpful specific techniques
Reviewed in the United States on August 21, 2017
Verified Purchase
I am a hobbyist game composer and this book gave a lot of clear, specific advice on things I can do to make my purely digital productions sound more realistic. It also covered a lot of gaps in my knowledge as someone whose only musical education was a sixth grade band class.

Why the missing star: it's bad enough when a $10 ebook was obviously OCR'd from the paper book with no subsequent copyediting. It's downright insulting when it's a $40 book. Not only are there many typos but even numbers were scanned wrong - there's a blatant example (to anyone familiar with midi) like three or four page turns into the book!
Read more
4 people found this helpful
Helpful
Comment Report abuse

Dave Coles
3.0 out of 5 stars May not be useful for users of notation software
Reviewed in the United States on May 21, 2018
Verified Purchase
Good If you have no previous experience or knowledge of midi. If you do all your composing on a keyboard it will be helpful. If you're looking for a bridge from creating virtual scores in notation software and making them useful for real instruments, this book won't help.
Read more
Helpful
Comment Report abuse

Betty McKay
5.0 out of 5 stars Acoustic and MIDI Orchestration
Reviewed in the United States on May 10, 2017
Verified Purchase
My husband LOVES this book on Acoustic and MIDI Orchestration! He is a Professor in the Music Department at Belmont & this book so blessed him! Thank you so much & be totally blessed on this lovely Spring day in May!
Read more
2 people found this helpful
Helpful
Comment Report abuse

Mr E Manchester
5.0 out of 5 stars Superb for any aspiring virtual composer
Reviewed in the United Kingdom on June 19, 2017
Verified Purchase
A great book that tells it as it is. The book is focused and a goood read!!!
Read more
Report abuse

Page 1 of 1 Start overPage 1 of 1
This shopping feature will continue to load items when the Enter key is pressed. In order to navigate out of this carousel please use your heading shortcut key to navigate to the next or previous heading.
Back
Next
Pages with related products. See and discover other items: music composers, writing guide