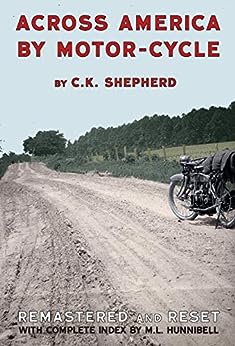 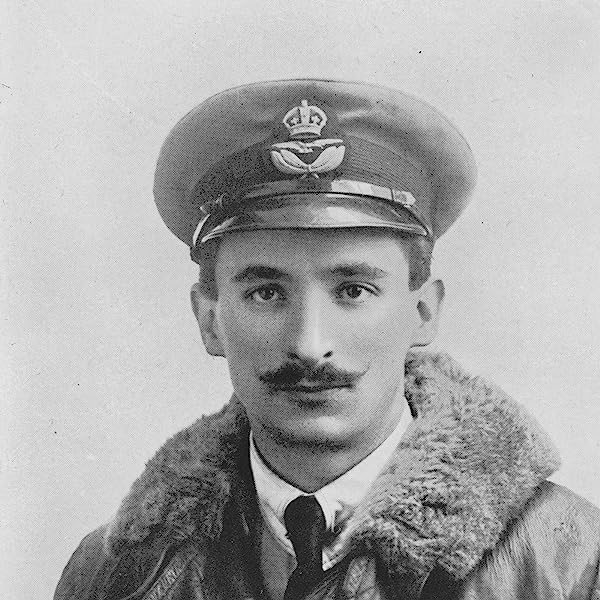 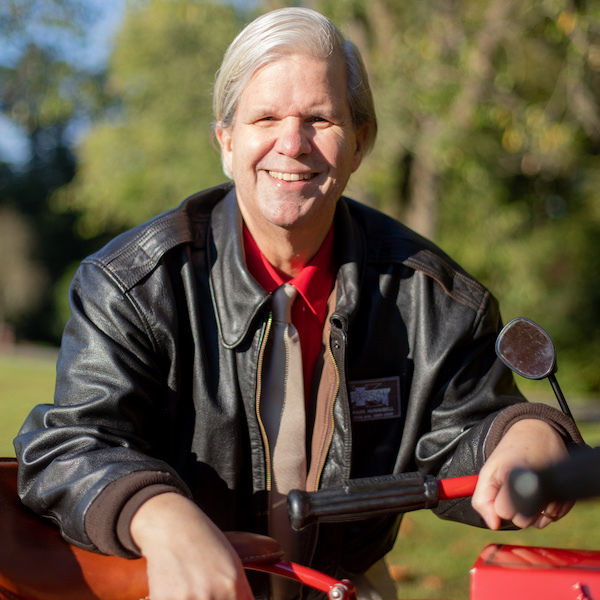 Across America by Motor-Cycle: Remastered and Reset Kindle Edition

by C.K. Shepherd (Author), Mark L. Hunnibell (Author) Format: Kindle Edition
See all formats and editions
Sorry, there was a problem loading this page. Try again.
A veteran of World War I, British RAF Captain C.K. Shepherd arrived in New York in June 1919, bought a top-of-the-line Henderson four-cylinder motorcycle, and headed west on a solo cross-country adventure to see America. He set off on his adventures, arriving in San Francisco two months later. Having completed his voyage, he sold his beloved motorcycle, dubbed “Lizzie,” on the street in San Francisco and then made his way back to his home in Birmingham, England. Three years later, he wrote Across America by Motor-Cycle—a memoir and travelogue that has become a motorcycle history classic.

This book is now in the public domain and has been reprinted and made electronically available by others. However, all other known print reproductions contain low-quality images from the original book and the electronic versions all have numerous typographical errors apparently caused by errors in optical character recognition. This electronic version has been painstakingly reset and proofread, and all images re-scanned from an original print to present the original book as it was first published in the highest quality possible.
Read more
Previous page
Next page

Amazon Customer
4.0 out of 5 stars A great story
Reviewed in the United States 🇺🇸 on March 28, 2022
Verified Purchase
I love all things motorcycle and especially traveling. This is a but "dated" in that it was written in 1919. But is a great read even so. It is amazing to read the tale of a man and a motorcycle crossing the usa with few actual roads. I could duplicate the journey today with my much smaller but more powerful machine in a few days.
Thank you Capt Shepherd RAF
Read more
Helpful
Report abuse

ddavidv
5.0 out of 5 stars This is the version you want for Kindle
Reviewed in the United States 🇺🇸 on December 23, 2021
Verified Purchase
First, this remastered version works perfectly on the Kindle, and for less than some of the other versions. Now, about the book itself...

What a fantastic story! Shepherd's prose is wonderfully British; flowery but not pretentious and hilarious without being absurd. Only a few pages in and I was smitten by his writing style and sense of humor. His trip is nearly unbelievable. The condition of the roads and the period Henderson motorcycle would have caused a lesser man to turn back many times over. It's a true adventure.
Read more
Helpful
Report abuse

L. Hill
5.0 out of 5 stars Makes this 100-year-old book extremely legible and easy to read. (Kindle and paperback buyer.)
Reviewed in the United States 🇺🇸 on March 27, 2019
Verified Purchase
I found this book online some time ago, but it was only available in scanned or other poor quality variants. It's a very engaging and even humorous read through the eyes of a WW1 British veteran who travels across America in 1919 by motorcycle when our country's modern-day infrastructure was in its infancy. How Shepherd handled adversity and perceived our country's road system of that day as he traversed the entire country on a motorcycle is a great read.

I saw this book available in Kindle for my iPad and noticed the author had completely cleaned up scanning and other quality issues, so I purchased it. It is precisely as the author promises, a fully clean edition that looks and behaves just like a modern e-book. It was so nice to be able to read from a clean high-quality copy, so much so, that when reading it again I felt even more immersed in the story. After seeing this reworked quality, I also purchased a paperback version from the same author for my bookshelf. The paperback is completely reworked too and of modern typeset quality.

Kindle Customer
5.0 out of 5 stars Fun read/listen if you are fascinated with historical motorcycle travel
Reviewed in the United States 🇺🇸 on July 1, 2019
Verified Purchase
Very interesting to read/hear what the US was like in 1919 from the perspective of an Englishman. Have read lots of reviews of people being insulted by his comments, but if you consider his perspective it makes sense. As an avid motorcyclist, trying to imagine riding across country on this bike and in these conditions is crazy. Have really enjoyed this book as well as hearing the background of the guys responsible for all this. I received the audiobook as well and have enjoyed listening as much as reading...not sure if the audio reader was totally correct on all of his interpretive inflections. Definitely worth a read/listen.
Read more
Helpful
Report abuse

Mike Simmons
4.0 out of 5 stars Enjoyable tale
Reviewed in the United States 🇺🇸 on January 20, 2021
Verified Purchase
A fun read about an adventuresome RAF Captain and his coast to coast Odyssey by motorcycle in 1922. Well worth your time!
Read more
Helpful
Report abuse

Rob
4.0 out of 5 stars Fun book to read
Reviewed in the United States 🇺🇸 on October 22, 2020
Verified Purchase
A glimpse of what it was like to travel across America in the early twentieth century. The book was a bit repetitive at times but a fun read.
Read more
Helpful
Report abuse

James Dewald
5.0 out of 5 stars One of the Firs Cross Country Trips on a Motorcycle.
Reviewed in the United States 🇺🇸 on June 17, 2020
Verified Purchase
It took someone with a lot of fight to complete a motorcycle trip across country. Very few roads and almost no where to purchase parts for breakdowns. His trip was a hard one and was loaded with problems. Very good book about the beginnings of motorcycling.
Read more
Helpful
Report abuse

John Karam
5.0 out of 5 stars Great bit of History.
Reviewed in the United States 🇺🇸 on May 24, 2019
Verified Purchase
Mark has done a wonderful job of highlighting this forgotten bit of Americana. The backstory is equally compelling with Mark's reconstruction of the rode depicted in the book with the type of motorcycle used.
Read more
One person found this helpful
Helpful
Report abuse
See all reviews
Report an issue
Does this item contain inappropriate content?
Report
Do you believe that this item violates a copyright?
Report
Does this item contain quality or formatting issues?
Report