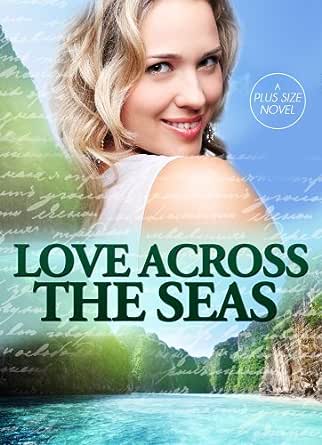 You've subscribed to Love Across! We will preorder your items within 24 hours of when they become available. When new books are released, we'll charge your default payment method for the lowest price available during the pre-order period.
Update your device or payment method, cancel individual pre-orders or your subscription at
Your Memberships & Subscriptions
There was an error. We were unable to process your subscription due to an error. Please refresh and try again. 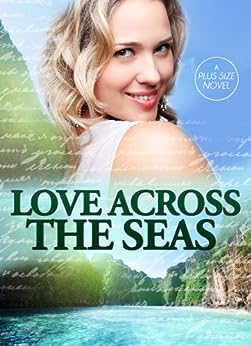 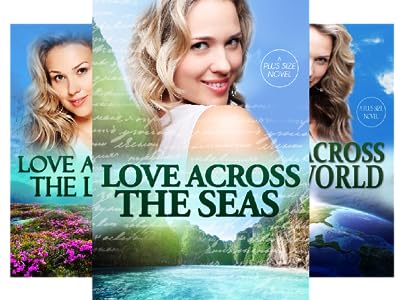 2.8 out of 5 stars
2.8 out of 5
20 global ratings
How are ratings calculated?
To calculate the overall star rating and percentage breakdown by star, we don’t use a simple average. Instead, our system considers things like how recent a review is and if the reviewer bought the item on Amazon. It also analyzes reviews to verify trustworthiness.
Top reviews

mrsgillies
4.0 out of 5 stars A Romance Or A Hoax?
Reviewed in the United States on June 14, 2013
Verified Purchase
The story is about a young woman, Candace, who is caught up in a long distance relationship through email. It started by accident and she is torn between feeling wanted and knowing that she is not only lying to herself but to the man she loves. Will he accept her for who she really is, or is he only in love with the person he thinks she is?

I really liked the plot of this story, it was interesting and mysterious, the reader not knowing if the story was a romance or a hoax. It was well written and caught my interest from the beginning.

I also really liked Candace's character and i empathised with her throughout the story; being nervous for her, excited for her, upset for her etc. At first i was wary of Rio's character however as the story developed i started to trust him more. The Mum and Tiff were great characters too, liking them but also being indignant about their attitudes towards Candace.

Around the point in the story when Rio talks to Candace about God, i started to find it a little sappy. I don't have a problem with the context at all (i'm a Christian so i shouldn't!) i just found it didn't flow as well from then on and how each "conflict" that was resolved seemed a bit too "happily ever after".

Also i found that the three "conflicts" in the second half of the story seemed to happen one after the other without the story around them being fleshed out enough. I think for the length of it, three conflicts were too much. If it was longer and it was fleshed out more, then the conflicts are fine and would work well in the story. Instead of holding my breath, hoping and anticipating; i didn't really get the chance to because the conflicts were resolved quite quickly. I would start to feel that way, but then it would be resolved, then another conflict would happen so i would start to hold my breath and then the conflict would be resolved. I never quite got to the point where i was wanting to read as fast as i could because i had to know if everything was going to work out.

The story was good but it didn't take me that level where i can't put it down because i have to know what happens. If the conflicts were fleshed out more, or one of them withdrawn so the story isn't any longer, i think it would go from being just good to great.

I would definitely recommend it to those who like romance.

Kat
4.0 out of 5 stars Sweet story
Reviewed in the United States on August 12, 2013
Verified Purchase
Candace is surprised to get an e-mail from a Balinese man named Rio who says
that he is attracted to her. Soon Candace discovers that it was her skinnier
sister Tiffany that he met. But as they e-mail over the months, they become
close as Rio brings her to discover her worth and his faith in God. Has
Candace found someone who loves her for her curvy self. Must read.

Has a sequel - Love Across the Land

Location 295 - it should be reading

dsmith
5.0 out of 5 stars I can relate to this book.
Reviewed in the United States on June 28, 2014
Verified Purchase
I'm the oldest of 6 siblings, I'm over weight. The story could have been written about me. I was fortunate that I've found a very loving and giving man I would recommend this book to anyone who has never been given the encouragement to look for that one person they can be happy with.
Read more
Helpful
Comment Report abuse

LaLa
1.0 out of 5 stars Short and Not fat positive
Reviewed in the United States on July 16, 2013
Verified Purchase
If I read a book about a plus size heroine, its because I want just one place where I don't encounter fat hatred. The author seriously has a character die just for being fat for no other reason than moralizing (not Dickens moralizing either. At least that was done well). Ruined it all for me. Plus, seemed more like a rough draft of the main highlights of a story rather than a finished product.
Read more
2 people found this helpful
Helpful
Comment Report abuse

Caitlin Waters
5.0 out of 5 stars Beautiful
Reviewed in the United States on July 15, 2013
Verified Purchase
Beautiful and a tear jerker as well! Wish the author had of looks through and fixed their editing issues, seems careless.
Read more
One person found this helpful
Helpful
Comment Report abuse

K. Anthony
2.0 out of 5 stars god
Reviewed in the United States on August 8, 2013
Verified Purchase
I would have liked this book better if it didn't have god in it so much. That is the only reason why I rated this book so low. It was still a good book and I would recommend it to people who are more religious.
Read more
Helpful
Comment Report abuse

Trina
1.0 out of 5 stars Not worth the money
Reviewed in the United States on August 30, 2013
Verified Purchase
The story is ridiculous and not worth the purchase. Not to mention some sentences and individual words have lines ruled through them. I have no idea why but it just made the story more unreadable.
Read more
One person found this helpful
Helpful
Comment Report abuse

Meagan
1.0 out of 5 stars Highly Disappointed!
Reviewed in the United States on July 25, 2013
Verified Purchase
Very short and poorly written. Full of errors. Predictable. Isn't worth your time (even though it only takes 30 min).
Read more
One person found this helpful
Helpful
Comment Report abuse
See all reviews

Kindle Customer
2.0 out of 5 stars Love across the sea
Reviewed in the United Kingdom on July 3, 2013
Verified Purchase
I was a little bit disappointed with the depth of the book & characters, I think the message was put across about faith & religion but the rest got a bit lost along the way. There are still editorial corrections in the book that hadn't been done. More descriptive text would have helped reader identify more with characters
Read more
Report abuse
See all reviews