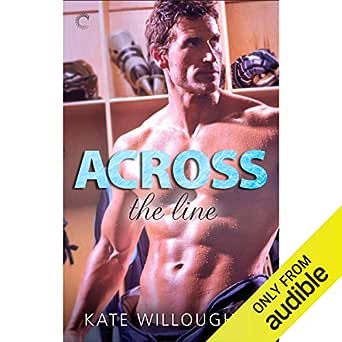 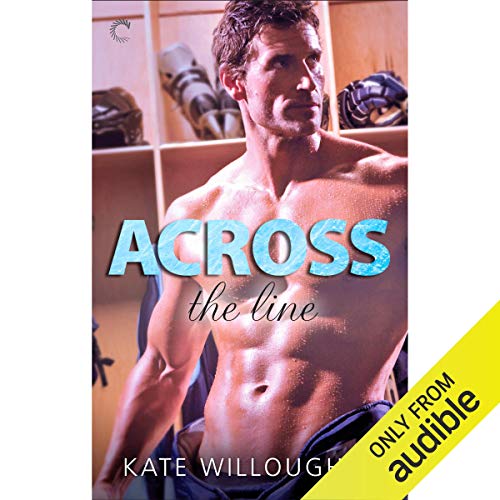 V
4.0 out of 5 stars Enjoyable Read:)
Reviewed in the United States on August 14, 2014
Verified Purchase
I was a little hesitant at first about reading this book because I'm not a big fan of hockey, but I'm so glad I gave it try. I very much enjoyed the book! Calder the hero is hot! The heroine took sometime for me to like her, but in the end I did like her. There were times I felt like the hero wanted the relationship more than the heroine did. He seemed to work harder at the relationship than she did but she did come around in the end. As much as I liked the main characters I especially enjoyed the secondary characters. I love the pranks and jokes they do to each other. I especially love Alex and his wise cracks. Assuming there is a book #3 in this series, I hope it will be Alex's book. I can't wait to read about Alex! I also appreciate reading about the serious issue of homosexuality in the world of professional sports. I love it when an author can give us both the light hearted side and the serious side. Cross my fingers the next book will be about Alex:)
Read more
5 people found this helpful
Helpful
Comment Report abuse

Mary A.
5.0 out of 5 stars Calder and Becca forever!
Reviewed in the United States on June 17, 2016
Verified Purchase
Calder Griffin has been out with an injury and is headed home for a visit. Next to him on the plane is Becca Chen, a woman he once teased when they were in grade school.

Having talked most of the way home on the plane, Calder calls Becca and they get together. The spark is there as is the connection but there are many obstacles in their way. The biggest is having a long distance relationship and even when that is solved, Becca is having long hours at work and Calder is dealing with feeling less than his brother.

I loved the whole idea of this story and the realism in the writing. Calder isn't a crybaby who wants attention, he's a man who feels deeply that he will never be as good as his brother. There are more issues at hand here than simply who is the best. Becca is working hard at being a successful business owner so that her parents can see her value in doing what she wants with her life and not what they want. All this pressure does not help their relationship and things come to a head in a big way.

You really need to purchase this book and find out how Calder and Becca find their happily ever after... Also, how Calder and Hart deal with their relationship as brothers, especially when the big "secret" comes out. Kate did an exceptional job dealing with the subject, this is a book I will read over and over.

Book Lady
3.0 out of 5 stars Good
Reviewed in the United States on September 27, 2014
Verified Purchase
This was an interesting book from Willoughby, its a nice addition to her hockey series.

**This review may contain spoilers**

You have Becca and Calder who meet on a flight, by the end there is something between them. Becca is owner and iron fist of a cafe called Cups. She struggles with trusting and letting other people help her (which goes back to her parents) and Calder who is one of our awesome hockey player, who is trying to get back his game after an injury and is own need to get out of his brother's shadow. They try to work on a relationship across the country, but anyone who has been in a long distance relationship knows that is never easy. When something terrible happens, they are able to be closer but Becca still cannot seem to let Calder in. I think the reason that I didn't rate this book higher is because Becca really started to annoy me. I can understand trust issues but as she starts to let other in she cannot with Calder whom she claims to love. The book does come to satifying ending with a HEA and hopefully a heroine that has learned a thing or two.

I would recommend this book easily if you are a fan of this author. And although I wasn't the craziest about this book, I look forward to the next one in this series and will check out more book by this author.
Read more
4 people found this helpful
Helpful
Comment Report abuse

Romance Between The Sheets
4.0 out of 5 stars Another good hockey read
Reviewed in the United States on March 8, 2015
Verified Purchase
Please note this review may contain spoilers.

On a flight to visit his parents during the off-season, injured Barracudas left winger Calder Griffin counts his lucky stars when the woman seated next to him turns out to be a total hottie.

Heading home after attending a Restaurateurs Convention in San Diego, Rebecca Chen quickly warms up to Calder after a very frosty start. They find it very easy to talk and flirt with each other and after arriving in Ithaca, he asks her out. Knowing that he lives and works on the west coast while she’s on the east coast, Calder and Becca agree to just a fling while he’s in town. But both fall for each other quickly and despite living on opposite sides of the country, they decide to give a long distance relationship a try.

When tragedy strikes Becca’s restaurant, Calder uses the opportunity to ask Becca to move to San Diego to be with him and re-open her restaurant there. After finally agreeing, it doesn’t take long for the relationship to crack. From schedule conflicts between Calder’s games and Becca planning her new restaurant, Calder is quickly tiring of Becca never having time for him or their relationship. The situation is made worse because Becca is a very strong and independent woman, used to doing everything on her own and not letting people in. She’s not used to being part of a team. Throw in an argument about money, and you’ve got a relationship that just might not make it.

Across The Line is book 2 of Kate’s In The Zone series. We get a glimpse of how Tim and Erin are progressing, and there’s snippets on some of the other players in the team as well. I love the friendship and banter between the players and the pranks they play on one another. We also find out why there’s so much tension between Calder and his older brother, Hart, which was first brought up in book 1.

I can’t wait for Alex’s story, he seems like such a fun and dirty character. I hope he stays that way. And will Savannah and Oliver find their way together again???
Read more
Helpful
Comment Report abuse
See all reviews

Kindle Customer
4.0 out of 5 stars Score!!!
Reviewed in the United Kingdom on October 30, 2014
Verified Purchase
I haven't read a hockey romance for a while, but have thoroughly enjoyed reading these two books. The story flows along nicely. There's a good amount of story, romance, lust as well as the well appreciated epilogue. Looking forward to the next instalment. Kinda hoping it'll be Alex's turn. I imagine that would be fun.
Read more
Report abuse

Christina
4.0 out of 5 stars good love story
Reviewed in Canada on February 24, 2015
Verified Purchase
Good love story of two people who knew each other yrs ago when they were younger. Calder used to tease Becca when they were kids now on a plane going home they meet up. Calder is taken with her and does everything in his power to get her to date him. Their relationship starts long distance but a sad turn of events brings Becca to Calder's side of the country to start anew. Her independence puts a strain on their relationship and the unending hrs she puts in to get her new business up and running. Can they make their relationship work? Can two strong willed people survive a relationship?
Read more
Report abuse
See all reviews