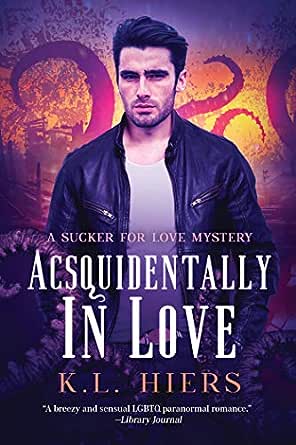 You've subscribed to Sucker For Love Mysteries! We will preorder your items within 24 hours of when they become available. When new books are released, we'll charge your default payment method for the lowest price available during the pre-order period.
Update your device or payment method, cancel individual pre-orders or your subscription at
Your Memberships & Subscriptions
There was an error. We were unable to process your subscription due to an error. Please refresh and try again. 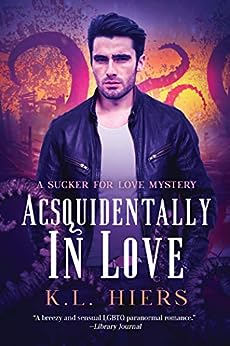 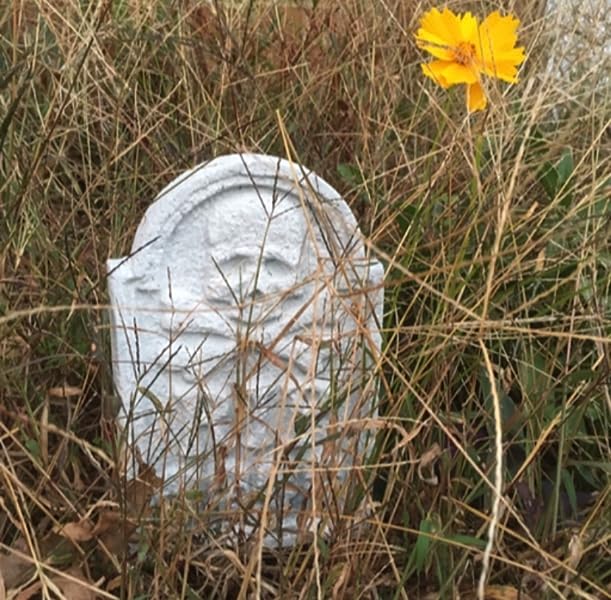 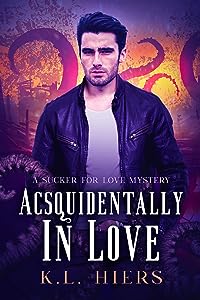 K.L. Kat Hiers is an embalmer, restorative artist, and queer writer. Licensed in both funeral directing and funeral service, she's been working in the death industry for nearly a decade. Her first love was always telling stories, and she has been writing for over twenty years, penning her very first book at just eight years old. Publishers generally do not accept manuscripts in Hello Kitty notebooks, however, but she never gave up. Following the success of her first novel, Cold Hard Cash, she now enjoys writing professionally, focusing on spinning tales of sultry passion, exotic worlds, and emotional journeys. She loves attending horror movie conventions and indulging in cosplay of her favorite characters. She lives in Zebulon, NC, with her husband and their six children, three of whom have paws and one who sometimes thinks he does. Website: http: //www.klhiers.com --This text refers to the paperback edition.

Amos24601
4.0 out of 5 stars So fun!
Reviewed in the United States on August 28, 2020
Verified Purchase
What a fun book! Loch (Azaethoth) and Slone were quite the couple. They were so fun together. Loch, a god, was so funny as he was exploring the mortal world. I felt like Sloane should have him on one of those toddler leashes all the time. Reading the banter between Sloane and Loch was a breath of fresh air. They had such great chemistry and played off each other so well. One of my favorite things about a book is when we get to read these dynamic characters that are unlike anything else I’ve met before. That’s what I got here, specifically with Loch. Him having this childlike wonder while mixed with absolute disdain for some of the mortal things he came across was hilariously refreshing. Seeing Loch through Sloane’s eyes made me feel more ingrained with the story being told.

With this story, we got action, intrigue, mystery and sexy steam. The world building was done in such a seamless way that the reader just assumes that it’s always been this way and we don’t really question it. There are gods? Of course there are! Magic? Yep, that’s the norm, too. A whole paranormal department of the police department? Stands to reason that there would be one. With the way the world is built around the story of Sloane and Loch, it opens up so many possibilities for future books to be written. I look forward to them all.

Now, there was definitely some tentacle time to be had in this book. I’m very new to the tentacle world, but man, there’s definitely something to be said for Loch’s appendages. One wouldn’t think that reading about tentacles and naughty time would be hot…they’d be wrong. Loch and Sloane were on fire together.

Underneath the sexy times and the banter, a love is building between Loch and Sloane that is new and tender and you just want to hold it in your hand and nurture and protect it. Going forward, it can only get strong and more long lasting. I enjoyed this book so much and look forward to seeing Loch and Sloane on future installments.
Read more
5 people found this helpful
Helpful
Comment Report abuse

Kori
2.0 out of 5 stars Did not finish
Reviewed in the United States on August 30, 2020
Verified Purchase
I wanted to like this book. The world building, old gods, and magic system seemed really interesting, but there were things that just killed it for me.

Based on the blurb, I thought the story would be a lot more serious than it is. Some humor is fine, don't get me wrong, but this was just campy and borderline stupid the whole time.

As for the murder cases, I felt no emotional attachment or investment at all. I didn't feel like I should care either way about them. 33% of the way into the book and there was no suspense at all.

Now, the characters. The biggest issue I had. I honestly didn't really like either main character. Neither seemed like a real person (well, yeah, one wasn't human, but still). Sloane's reactions to things were over the top and unrealistic. And no one pouts as much as that man does. It was getting annoying after awhile.

I expected Loch to be weird, because he isn't human. But he just came off as annoying and I really didn't like the lack of consent with him. He was constantly making lewd comments and aggressively feeling Sloane up. Despite Sloane rebuffing him nearly every other page, Loch keeps at it. I don't mind aggressive characters, but this just wasn't done well and came off as uncomfortable and slimy (no pun intended). Then suddenly, after all that, Sloane gets all cuddly with Loch (while buzzed on alcohol) and let's Loch get him off. Then they're suddenly boyfriends... What? How?

Lastly, the writing itself needed a little work. It was readable, but it was a *lot* of telling and only a little showing, which made it come off as flat. Things like "he said angrily" instead of *showing* him being angry. There were a lot of "-ly" words, where there could have been better description.

I might try finishing the book at another time, but for now, it sits unfinished at 33%.
Read more
4 people found this helpful
Helpful
Comment Report abuse

Sandy
5.0 out of 5 stars A hot and fun read!
Reviewed in the United States on August 25, 2020
Verified Purchase
I loved this book a lot. It has mystery, humor, plot twists that I just didn't see coming, romance and of course, tentacles (so hot!). I couldn't stop reading. My favorite part is probably every moment Loch and Sloane has together. I simply adore them.

I loved it so much that even though I received a free copy of this ARC, I still bought it. I definitely recommend it.
Read more
2 people found this helpful
Helpful
Comment Report abuse

Kindle Customer
5.0 out of 5 stars Very enjoyable
Reviewed in the United States on September 24, 2020
Verified Purchase
I really loved this and just adore every book this author writes. The relationship between Sloan and Loch was so sweet and to cute! Not to mention Loch cracked me up. I love the lore in this book and I deeply hope we get more books in this universe and explore this God's more! Well worth the read!
Read more
One person found this helpful
Helpful
Comment Report abuse

Rosemary
4.0 out of 5 stars Great main characters
Reviewed in the United States on September 27, 2020
Verified Purchase
I thought this was a fun book but it definitely had some darkness. Both of the main characters were very likable and realistic (for a fantasy story). I did think it dragged a little in different areas, but most of the last half and especially the last few chapters made up for that. All of the characters were pretty well written and the suspense was good. Also, I really must say that I felt Sloane's pain when Loch was injured. I definitely hope to see book two soon.
Read more
Helpful
Comment Report abuse

Amanda
5.0 out of 5 stars Just wow.
Reviewed in the United States on August 25, 2020
Verified Purchase
K.L. has created a new take on lovecraft and made it her own. The world she created pulls you in and keeps you reading as you navigate a murder mystery and a budding new love. Sloane and Loch are just adorable. Must read.
Read more
2 people found this helpful
Helpful
Comment Report abuse

JTorleif
4.0 out of 5 stars Delightful
Reviewed in the United States on September 11, 2020
Verified Purchase
Loch was a perfect match for the uptight and doubting Sloane. I will most definitely be reading any further in this series.
Read more
One person found this helpful
Helpful
Comment Report abuse

Debora E Lucas
5.0 out of 5 stars So so Funny and a true page turner.
Reviewed in the United States on September 22, 2020
Verified Purchase
Loved it from the beginning. Loch, was hilarious and I couldn’t put the book down. Can’t wait to read more from this series.
Read more
One person found this helpful
Helpful
Comment Report abuse
See all reviews

Flick
5.0 out of 5 stars Love this book!!!
Reviewed in the United Kingdom on September 8, 2020
Verified Purchase
Absolutely adored this book. The characters and world building are amazing and I am so excited about the next book in the series. Sloane was just the sweetest, loveliest guy and Loch was so funny and cheeky. Best part was the beautiful happy ending (for everyone involved). I kind of wish I live in their world as it seems so beautiful and magical. A must read for anyone who loves sweet guys, cheeky gods, some action and some very hot tentacles ;)!
Read more
Report abuse

Ele
5.0 out of 5 stars A must read!
Reviewed in the United Kingdom on August 26, 2020
Verified Purchase
I loved this book, it was very well put together and I can't wait till the next one.

My only issue is I wish it could of been a bit longer, still a great read!!
Read more
Report abuse

Sunshiny100
5.0 out of 5 stars Sweet, funny and perfect!
Reviewed in Germany on August 26, 2020
Verified Purchase
I loved it!
Read more
Report abuse
See all reviews