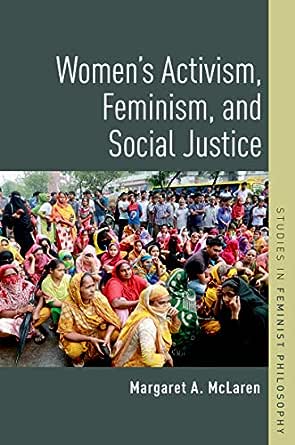 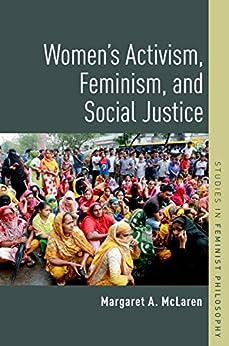 
"Margaret A. McLaren's monograph is a fabulous addition to the growing body of work in Oxford's Studies in Feminist Philosophy ... I highly recommend this book as a supplemental text for undergraduate classes in social philosophy, women's and gender studies, economics, and other social sciences. It is also accessible for a general audience, for organizers and policy analysts, as well as graduate students and experts in the field. It provides a rich overview of pressing political and economic global issues by using two outstanding case studies from India." -- Mechthild Nagel, Notre Dame Philosophical Reviews
"This rich and important book offers nothing less than a new philosophical approach to justice and injustice. Against a trenchant critique of rights based accounts of justice, liberal and neoliberal theories of economic justice, and ideas of justice based in a transnational cosmopolitanism, McLaren develops a social justice feminism that makes a feminist transnational solidarity possible. Recognizing the need for both a critique of structural inequity or systems of power and attention to social location, she shows that cultural difference is not an impediment to transnational justice, but a resource and a basis for solidarity. Valorizing interdependence, intersectionality, and imagination over individuality, identity, and interest, McLaren maps a better way of thinking about justice, as well as concrete norms for action and collaboration." -- Mary C. Rawlinson, Professor and Director of Graduate Studies, Department of Philosophy, Stony Brook University
"In this timely book, Margaret McLaren deftly weaves the threads of scholarship and activism together into a rich tapestry informed by over a decade of work with SEWA (Self-Employed Women's Association) and MarketPlace India. The theoretical centerpiece of the book -- a feminist social justice framework -- explores the complexity of gender oppression in ways both lucid and incisive. Her multi-layered approach to transnational feminism is ambitiously designed to address oppression and injustice as they function on individual, institutional, and structural levels and the possibilities of empowerment of an ethical, social, and political nature... This is important reading for feminist scholars of many disciplinary stripes." -- Sarah Clark Miller, Associate Professor of Philosophy, Penn State University
"Women's Activism, Feminism and Social Justice theorizes global feminism(s) as intersectional and interdependent by engaging with both Western and Indian feminists. It argues for a responsive and responsible framework of feminist agency that addresses socio-economic oppression in culturally specific contexts. McLaren's pioneering explorations on decolonizing feminism promise to inform and enrich endeavors of transnational solidarities integrating theory and activism." -- Kanchana Mahadevan, Professor, Department of Philosophy, University of Mumbai
--This text refers to the paperback edition.


Margaret A. McLaren teaches Philosophy and Sexuality, Women's and Gender Studies at Rollins College where she holds the George D. and Harriet W. Cornell Chair of Philosophy. She is the author of Feminism, Foucault, and Embodied Subjectivity (SUNY Press, 2002), and the editor of Decolonizing Feminism: Transnational Feminism and Globalization (Rowman and Littlefield International, 2017). Her articles on women and human rights, feminism, cooperatives and economic empowerment, and Foucault have appeared in several journals, including Social Theory and Practice, Journal of Developing Societies, Forum on Public Policy, Philosophy Today, and Hypatia, as well as in a number of book anthologies.
--This text refers to the paperback edition.