Acts: An Exegetical Commentary (4 Book Series) and millions of other books are available for Amazon Kindle. Learn more
Share
Have one to sell?
Sell on Amazon 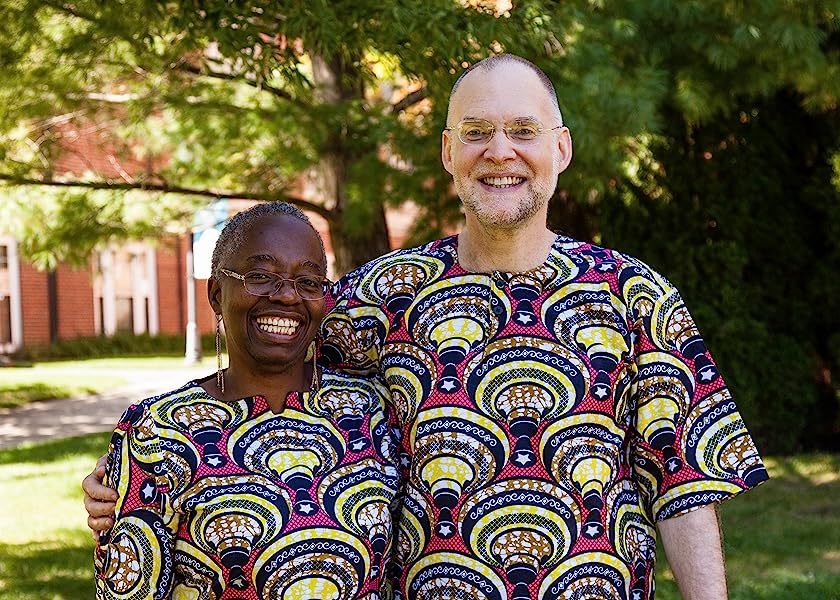 Craig S. Keener (Ph.D., Duke University) is F. M. and Ada Thompson Professor of Biblical Studies at Asbury Theological Seminary. He is author of 30 books, 5 of which have won awards in Christianity Today. More than a million copies of his books are in circulation; the most popular is The IVP Bible Background Commentary: New Testament, which provides cultural background on each passage of the New Testament. Craig is also the New Testament editor for the NIV Cultural Backgrounds Study Bible, which won the International Book Award for Christianity and Bible of the year in the Christian Book Awards. Craig is editor of the Bulletin for Biblical Research and is past president of the Evangelical Theological Society. Craig's wife, Dr. Médine Moussounga Keener, was a refugee in her home country of Congo; their story appears in Impossible Love: The True Story of an African Civil War, Miracles, and Hope against All Odds (Chosen, 2016). His blog site is www.craigkeener.com.
Start reading Acts: An Exegetical Commentary (4 Book Series) on your Kindle in under a minute.

4.8 out of 5 stars
4.8 out of 5
30 global ratings
How are ratings calculated?
To calculate the overall star rating and percentage breakdown by star, we don’t use a simple average. Instead, our system considers things like how recent a review is and if the reviewer bought the item on Amazon. It also analyzes reviews to verify trustworthiness.

Super Dragon
5.0 out of 5 stars Exhaustive commentary
Reviewed in the United States on April 1, 2020
Verified Purchase
A few complaints:
1. price is high
2. the text is small.
3. If I had bought it for myself I would have bought the Logos edition digital resource. other than that this is great.
arrived on time and in new condition.
Read more
One person found this helpful
Helpful
Report abuse

Amazon Customer
5.0 out of 5 stars The perfect gift for Student or Pastor
Reviewed in the United States on September 19, 2019
Verified Purchase
These are great commentaries on the book of Acts, they were shipped well protected, and in very timely manner. I am thrilled with this set of commentaries.
Read more
One person found this helpful
Helpful
Report abuse

Matt Masiewicz
4.0 out of 5 stars Slightly damaged.
Reviewed in the United States on December 26, 2019
Verified Purchase
I was a little disappointed that right out of the box one of the volumes was slightly damaged. But other than that looks like I'm going to be very happy with it. This is a massive set, each book is over a thousand pages!
Read more

4.0 out of 5 stars Slightly damaged.
By Matt Masiewicz on December 26, 2019
I was a little disappointed that right out of the box one of the volumes was slightly damaged. But other than that looks like I'm going to be very happy with it. This is a massive set, each book is over a thousand pages!
Images in this review

David deSilva
5.0 out of 5 stars The last commentary on the Acts of the Apostles
Reviewed in the United States on December 3, 2015
Meticulous, thorough, detailed, judicious -- these are adjectives that I expect to be able to apply to Craig Keener's work and his 4-volume commentary on Acts earns these once again, in boldface. This is not just another commentary: it is a compendium. Keener has digested the extant literature on Acts, brought to bear his own exegetical acumen and his deep immersion in the Greco-Roman world and its literature (including, of course, the literature of Hellenistic- and Roman-period Judaism), and created what I consider to be a one-stop resource on the book of Acts and the hundreds of issues/questions that have been raised in its interpretation. Keener is also bold. He does not yield to the dominant anti-supernaturalistic world view of the West in his treatment of Acts, but he also does not casually embrace the alternative: it is through well-reasoned, well-researched argument that he makes a case for the miraculous in Acts (indeed, his two-volume work on Miracles began as an excursus in the Acts commentary, and soon had to be broken away for independent treatment). This is not for the casual reader, to say the least. It is for the serious student who wants to come away from the study of Acts with no stone left unturned; it is also the ultimate reference work on Acts. I have admittedly only read sections from the introduction and those parts of the commentary relevant to Paul's Galatian mission (so, on chs. 13-14 and the relevant passages in chs 16 and 18 where Paul passes through twice more) for the purposes of my own work on Galatians, but this was enough to tell me it is the last commentary on Acts I'll need to acquire for a long time to come. The list price may seem high, but even at that it's still a tremendous value when one considers that it brings four 1000+-page hardcover volumes your way.
Read more
49 people found this helpful
Helpful
Report abuse

James H. Lockhart
5.0 out of 5 stars THE Commentary on Acts
Reviewed in the United States on May 1, 2016
Verified Purchase
Everything I ever wanted to know about the Book of Acts. Great detail and Dr. Keener writes well so even a layman can understand. Just a monumental work.
Read more
7 people found this helpful
Helpful
Report abuse

Michael W. Bible
5.0 out of 5 stars Five Stars
Reviewed in the United States on July 7, 2016
Verified Purchase
Excellent commentary even for a local yokel like me. Unfortunately had to skip over the Greek part
but.........

Amazon Customer
5.0 out of 5 stars MORE AN ENCYCLOPEDIA
Reviewed in the United Kingdom on August 31, 2020
Verified Purchase
Martin W. Mittelstadt's review in "Pneuma" describes this 4 volume commentrary as " an exhaustive and almiost exhausting work", which may be unfair to the style but this is a very substantial work, intended for the serious student.
It will be invaluable in my PhD study and a major resource for a long time to come.
I ordered it from Books on 16th July and was promissed delivery by 30th July. It arrived within 3-4 days. i.e., very promptly and early.
Read more
One person found this helpful
Report abuse

Wato
5.0 out of 5 stars Great work
Reviewed in the United Kingdom on July 30, 2019
Verified Purchase
The best there is. As a theological lecturer I have seen a lot of material on Acts. This will be the best for some time to come. Technical but interesting and accessible.
Read more
One person found this helpful
Report abuse

MR A R TEAL
5.0 out of 5 stars Rigorous scholarship
Reviewed in the United Kingdom on May 1, 2020
Verified Purchase
Extraordinary in depth and breadth
Read more
Report abuse