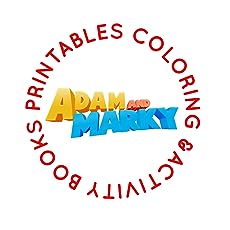 About Adam And Marky

ABOUT GINZBURG PRESS / ADAM AND MARKY®

The Adam and Marky® brand is brought to you by Ginzburg Press. Ginzburg Press is a digital production company that sells merchandise, books, apparel and animated short films on Amazon Prime Video Direct.
Read more 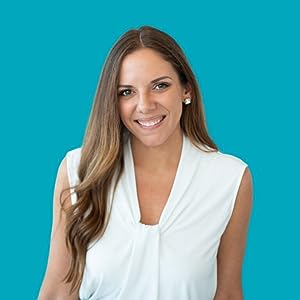 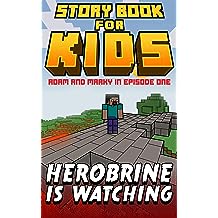 NOT AN OFFICIAL MINECRAFT PRODUCT. NOT APPROVED BY OR ASSOCIATED WITH MOJANG.

Each story page was captured from a gaming engine and then illustrated to create this unique storybook.

Adam and Marky explore an abandoned factory that isn’t quite what it appears to be. They soon discover that Herobrine is building an army of darkness and plans to unleash his forces against the world in this unique and innovative early reader storybook. Join our heroes as they realize that they alone are all that stands between saving the world and Herobrine’s evil desire for conquest.

This is the first episode in the new adventures of Adam and Marky series of early reader storybooks which takes place in a fictional gaming world originally crafted by our talented gamers and then converted into unique illustrations for early readers who enjoy playing Minecraft. Our two heroes, Adam and Marky, are reanimated 2 dimensional cartoons in this delightful tale about zombies and the mythical Herobrine that will thrill and excite children of all ages.

The story begins with Adam and Marky walking home from school. Your kids can read and follow along in this carefully crafted journey. Adam hears a strange sound coming from the abandoned factory. As it’s getting dark Adam wants to go home but Marky insists they should check out the abandoned factory.

As the light and sounds now visibly emanating from the factory lure the boys closer and into the building, they are horrified at what they discover inside. Kids can read each step of the way as the boys are then confronted with a terrifying situation, they'll discover how the boys must act quickly in order to survive and save the world from the terror about to be unleashed.

In the gaming world there have been numerous sightings and rumors of the existence of Herobrine. The official word is that Herobrine does not exist. However, some gamers claim that they have encountered Herobrine. In this story your kids can read about Adam and Marky and how they encounter Herobrine who comes to life as a formidable villain determined to thwart the boys in this cool early reader book.

Kids of all ages totally immerse themselves in the gaming world. They are completely absorbed in the player vs player realm and have always been fascinated in the prospects of uncovering the real story surrounding Herobrine. We’ve set the stage for our early reader Adam and Marky books series to the next level by introducing Herobrine, a well-known mythical character. The existence of Herobrine still remains a mystery till this day. We continue to create inspiring stories between two friends who will stop at nothing to save each other even when the going gets tough.

ABOUT GINZBURG PRESS / ADAM AND MARKY®

The Adam and Marky® brand is brought to you by Ginzburg Press. Ginzburg Press is a digital production company that distributes merchandise, books, apparel and animated short films.