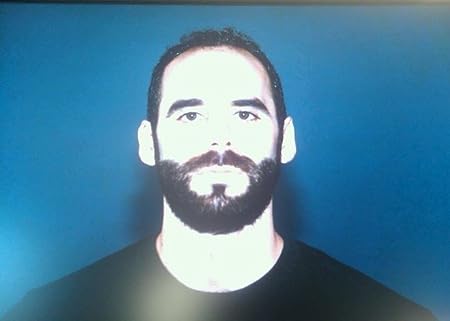 A 2019 recipient of the Lincoln Center Award for Emerging Artists, pianist Adam Tendler is a recognized interpreter of living and modern composers. Between 2005 and 2006, Tendler appeared in all fifty United States in a grassroots recital tour he called America 88x50, which became the subject of his memoir, 88x50, a Kirkus Indie Book of the Month and Lambda Literary Award nominee. Tendler has recorded performances and masterclasses for the digital music platform, Tido, collaborated with Edition Peters on a new edition of John Cage's In a Landscape, released the premiere recording of Edward T. Cone’s 21 Little Preludes, and his album of piano works by Robert Palmer will appear on New World Records in 2019. An active presence in all contemporary concert music genres, Tendler has also performed the complete major piano works of Aaron Copland, and collaborates with the John Cage Trust and Edition Peters in presenting Cage’s work internationally. He released his second book, tidepools, in December. 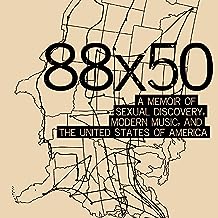 88x50: A Memoir of Sexual Discovery, Modern Music and The United States of America Jun 26, 2014
by Adam Tendler
( 28 )
$5.99
A music school misfit escapes to the highway with a ramshackle recital tour called America 88x50—eighty-eight piano keys by fifty states—winging it from the front seat of his Hyundai and bringing free performances of seldom-heard, modern American music to some of the country's most isolated corners. It's an all-American road trip with a modern music twist, but behind the public façade is a musical Johnny Appleseed desperate to find himself and spiraling into a secret life that could lead just as easily from ultimate self-acceptance to ultimate self-destruction. In this pedal-to-the-metal literary debut, complete with a free online companion offering nearly 200 multimedia features, Adam Tendler takes readers for an unforgettable ride into the classical music odyssey that beat the odds, shaped an artist, and shook this nation one piano at a time.

Kirkus Indie Book of the Month, May 2014: "An honest, searching exploration of the artist as a young man."

"...part travelogue, part coming out story, [88x50] is an unsentimental and at times harrowing self-portrait of an artist in the act of self-becoming. Tendler uses the book as an opportunity to rethink the very nature of memoir with web links to photographs, performance clips and journal entries that draw the reader even deeper into the experience of the America 88x50 tour." --Kevin Brannon, Lambda Literary

"..a harrowing, moving, glowing book... 88x50 is one of the finest memoirs by any performing artist, and a powerful testament to the great American project of self-invention and mastery. Adam Tendler thrives on challenge, an astonishing pianist and a brilliant writer, altogether in a class of his own." - Rick Whitaker, author of An Honest Ghost and Assuming the Position: A Memoir of Hustling

With exquisite candor, Tendler charts his own brave journey across America to wrestle with the truth of his sexuality and his potential as a musician. Nothing less than the failure of a life-long dream is at stake. It is impossible not to be moved by the intensity and honesty of this author's voice as he practices his way to self-revelation." - Cassandra Garbus, author of Solo Variations

"Tendler is bold both as an author and narrative presence, his mission refreshing and brave in its honesty, and his love for what he saves his greatest passion is heartbreakingly familiar if you are a great artist. In these pages he is baldly and nakedly tender, exposing our own need to express ourselves while combining aesthetic emotion with humor (the mark of a true genius). Tendler only pauses occasionally to reflect upon himself, but when he does the artist is merely reaching out to make us more comfortable with the unfamiliar." - Michael Carroll, author of Little Reef and Other Stories

"...a transnational musical exploration by an unsettled self and soul, from the newest enfant terrible to arrive on our music scene." - Outsmart Magazine.
Read more
Other Formats: Paperback