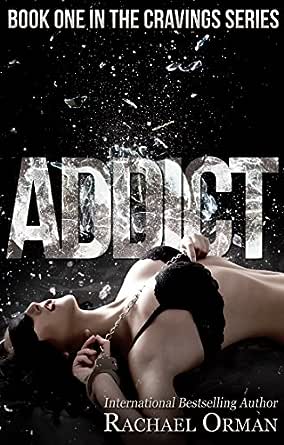 You've subscribed to Cravings! We will preorder your items within 24 hours of when they become available. When new books are released, we'll charge your default payment method for the lowest price available during the pre-order period.
Update your device or payment method, cancel individual pre-orders or your subscription at
Your Memberships & Subscriptions
There was an error. We were unable to process your subscription due to an error. Please refresh and try again. 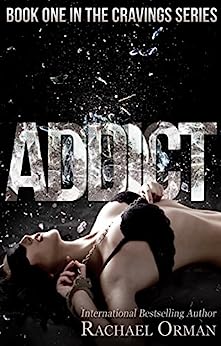 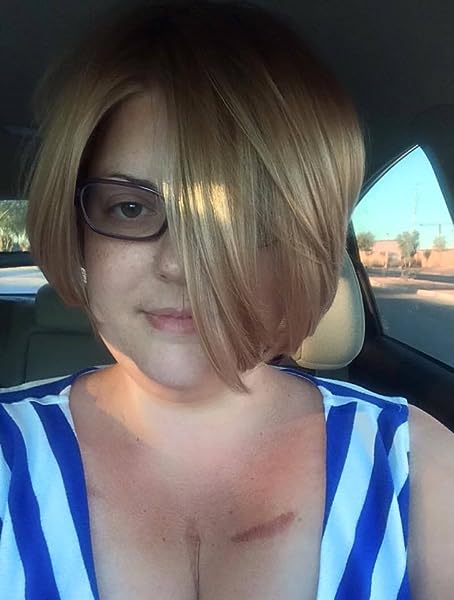 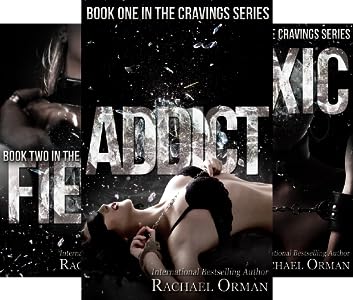 4.3 out of 5 stars
4.3 out of 5
103 global ratings
How are ratings calculated?
To calculate the overall star rating and percentage breakdown by star, we don’t use a simple average. Instead, our system considers things like how recent a review is and if the reviewer bought the item on Amazon. It also analyzes reviews to verify trustworthiness.
Top reviews

Bo0kSl0th
4.0 out of 5 stars Bringing some humanity to addictions
Reviewed in the United States on August 8, 2020
Verified Purchase
It's a relatively tame ride into the what it means to give ones self over to true submission in a relationship involved with a Dom. Realizing the feelings one has one hand when they can't be expressed healthily can lead to dangerous addictions. On the other hand, when you find a place with people that have the same kinks as you and you can let go and submit to your desires in a healthy way. . . I think that is what is one of the messages of this book. It's okay to be your kinky self. While I will admit the stalker-like tendencies of John should not be praised. These characters are messed up and real; they are human with real addictions that mess with their lives. I enjoyed the book because of bringing humanity to the BDSM aspect instead of just sex. Looking forward to the next book.
Read more
Helpful
Comment Report abuse

Kindle Customer
5.0 out of 5 stars Good Sexual Chemistry
Reviewed in the United States on March 19, 2017
Verified Purchase
Alex is an event coordinator working in a hotel. There is a man who comes and goes to whom she has never spoken but who has made her sexual addiction return. It had been three years since she had given up her addition to getting herself off. Now she has relapsed. When the woman at the front desk asks her to go along to an invitation only club, she reluctantly tags along but soon discovers shelves the idea of submission. When exiting the ladies room at the club, a stranger approaches her from behind, immobilizes her and invites her to return the next night for a session with him. They find the dominant/submissive relationship works well for them, but he keeps his identity secret, thinking she would be embarrassed if she knew he was the man at work she fantasized about.
As usual, keeping secrets leads to trouble but along the way there are some very imaginative BDSM scenes one great one using pearls in an unorthodox way.
Only down sides are occasional editing mistakes like some where instead of somewhere. And, of course the end is not complete, leading to the next book in the trilogy. Not a cliffhanger, but needs completion.
Story: 4.5
Writing: 5
Editing: 4
Characters: 4.5
Heat index: 5

amie
4.0 out of 5 stars Alix and John are a match made in BDSM heaven !!!!!!
Reviewed in the United States on December 10, 2015
Verified Purchase
So I have never forgotten about John and I read the prequel about a year ago !! I was so excited to get to learn more about him after seeing him in action at his job !! Can you imagine being a counselor helping couples have sex and get back what they have loss ?? I cannot , and I cannot imagine going to one either BUT I do think in the right situations and for the right couples this is great. It worked for the couple in the prequel and he is pretty well known in his field. Not only do we now get to dig into John's life outside of his job but we also get to meet Aliz , she is a ball of fun !! They both suffer from addictions , Alix is a sex addict and John is addicted to control. Alix has been through treatments and drama to get her urges under control BUT lately this super hot guy that walks through her office building has her relieving herself anywhere and anytime she thinks of him !! Of course we know who he is and we see how the story is coming together BUT how long will it go on before Alix knows who she is dealing with and when she finds out what will happen ?? Get ready to be schooled in some seriously hot and kinky BDSM with Master J and Alix as his sub. It will knock your socks off !! Cannot wait to see what happens next.
Read more
One person found this helpful
Helpful
Comment Report abuse

YA Book Madness Blog
4.0 out of 5 stars Reading Addict was an eye-opening and insightful experience
Reviewed in the United States on April 12, 2015
Verified Purchase
3.5 Stars

PROS:
Rachael Orman takes addiction to a whole new level. Reading Addict was an eye-opening and insightful experience. Sex addiction is often dismissed or laughed off and not seen as psychological disorder. Rachael Orman presents sex addiction in Alix as a compulsion, something she’s helpless against, a pressure that builds until it’s uncontainable and must be satisfied even if it requires putting herself in perilous situations. Alix feels helpless, damaged, and incapable of leading a normal life or even daring to dream of a healthy relationship because of her condition. Her agony is stark and twisted, full of poignant sadness and yearning. Alix seeks help but quickly loses faith that she can overcome. As the plot progressed Alix’s emotions become a whirlwind of uncertainty and something like hope.

Addict is blunt, shocking, graphic, made of pure desire and spoken wants. There’s startling scenes that will leave you blushing and bashful because they feel forbidden, taboo, and in some cases, too raunchy to be true. Alix’s actions at her desk and the subsequent reactions by John are a heady combination of embarrassing and exhilarating.

John is sexy, dominant and exhibits extreme control. He wields his sexuality with the prowess of a fierce predator. He knows what he wants and
takes it. John wants to help Alix, she’s a temptation he can’t resist and what he feels is overwhelming. When he becomes Master J, holy hotness.

The scenes are graphic and told from both perspectives so you get both sides of their pleasure.

CONS:
John and Alix’s backstories are mentioned but it never goes into great detail. There are hints that lead to sexual abuse etc., but the reader is left with gapping holes where those explanations should be. These memories would have shed light on both of their personalities and maybe even strengthened them; instead, their absence brought confusion and speculation that wasn’t satisfied.

Secondary characters have little purpose and barely function at all in the story. They’re fleeting and forgettable.

John’s insistence on keeping his past and job a mystery was understandable but to an extent. Eventually it became an annoyance and there wasn’t a reason to continue such cloak and dagger antics.
Read more
2 people found this helpful
Helpful
Comment Report abuse
See all reviews

Books Laid Bare
4.0 out of 5 stars Keep a fan to hand!
Reviewed in the United Kingdom on May 3, 2015
Verified Purchase
Alix is an addict but her addiction does not take the form of the standard substance abuse that you might imagine, she is addicted to sex and finding a way to satisfy her needs is not always easy.
She has tried to manage the way she is and to handle the cravings that possess her soul but therapy has failed to provide a remedy that she can live with.
Her body rules her mind and because of that she often feels nothing but remorse but sex is the means to an end, the who and where bear no consequence to her. Does she feel shame – yes but can she resolve that –no.
Although Master J may be the answer to her prayers but she doesn’t know it yet. Master J is John the sex therapist from the first book in the series and John knows what buttons to push and when. He is a dominant man who when he sees Alix at the local BDSM club, is floored by the desire to have her to himself.
He creates a scenario where he is able to confront her, yet maintain his anonymity, he orders her to return to the club the following night – specifically for him. She is to ask for him by name Master J and they will find out then if what he is what she needs – I have a feeling that there are few that would turn him down!
John is a complicated character, he exercises complete control in his own sexual encounters but exudes empathy with others when providing his own special brand of therapy. His own disposition for inflicting pain is as far removed from what I had anticipated, it actually floored me for a moment.
But is he what he seems or is he really too good to be true? What will Alix do if she finds out who he really is and can the secrets that remain between them be overcome, will they emerge together and intact?
There are so many questions that this sexy as sin book left me with a need to know exactly what the hell I had let myself in for – I opened a door that I haven’t got the will or inclination to close because it is seriously hot inside and I am willing to get my fingers burnt waiting for the next book.
Read more
Report abuse

kim
5.0 out of 5 stars Sex addict
Reviewed in the United Kingdom on August 1, 2016
Verified Purchase
Loved the book,the author. A book that allows you to read up bout the life of a sub. Much better than 50 shades of grey. Bring on book 2'
Read more
Report abuse