You've subscribed to A Spineward Sectors Novel! We will preorder your items within 24 hours of when they become available. When new books are released, we'll charge your default payment method for the lowest price available during the pre-order period.
Update your device or payment method, cancel individual pre-orders or your subscription at
Your Memberships & Subscriptions
There was an error. We were unable to process your subscription due to an error. Please refresh and try again. 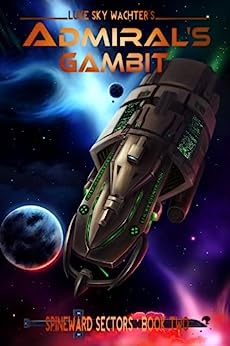 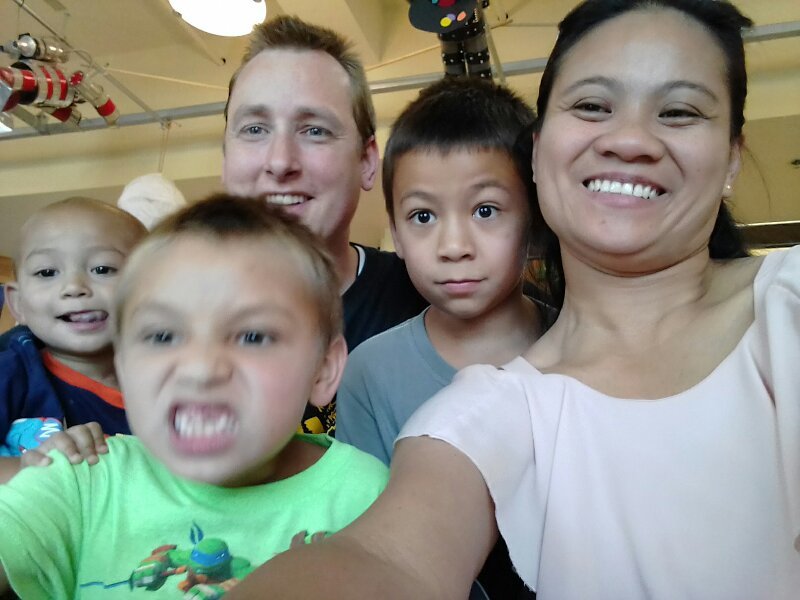 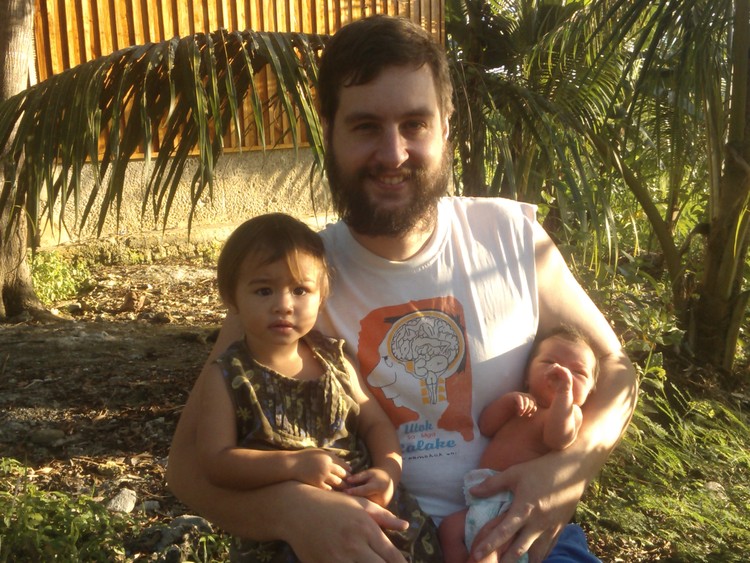 An Amazon Book with Buzz: "Punch Me Up to the Gods" by Brian Broome
"One of the most electrifying, powerful, simply spectacular memoirs I—or you— have ever read." —Augusten Burroughs Learn more
click to open popover
Books In This Series (14 Books)
Complete Series 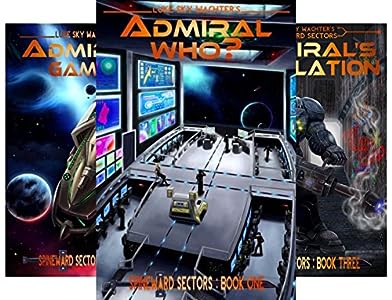 4.3 out of 5 stars
4.3 out of 5
151 global ratings
How are ratings calculated?
To calculate the overall star rating and percentage breakdown by star, we don’t use a simple average. Instead, our system considers things like how recent a review is and if the reviewer bought the item on Amazon. It also analyzes reviews to verify trustworthiness.
Top reviews

superpsycho
5.0 out of 5 stars Potentially an Epic Sci Fi Adventure
Reviewed in the United States on September 21, 2012
Verified Purchase
With this latest installment in the Spineward Sectors saga, we begin to see the true scope of this Military Sci Fi adventure. It has all the ingredients you'd expect in a classic epic story of the genre. It's got, political intrigue, space battles, alien bugs, genetically engineered human mutants, a warrior princess, a beautiful but conniving cousin, swordplay and a whole lot of people wanting to do in our galactic hero. Everything you would expect from a true space opera.

Now, let us throw in a somewhat unusual little romance between two people from different cultures. This provides a rather humorous sexual cat and mouse game where the cat is a lioness and the mouse has no clue what the lioness really wants. Our hero, commonly referred to as the little admiral, is certain he's making one bad choice after another but his choices seem to achieving more then a few successes despite his self-doubts.

This could turn out to be one great sci-fi series if the pace and excitement can be maintained, but there are some issues. As with many a self-published book, there are errors. Unlike the first book, Admiral Who, where the errors were relatively few, this second book, Admiral's Gambit, has enough to make them a little irritating at times. Most of them seem to be typos, and not serious, but it is something that certainly needs to be dealt with. In addition, the one line, `This is the End of Book 2' at the end comes across as rather amateurish.

The writing in general is good, the story looks to be excellent, and there's some great characters but you have to be able to read a book without tripping over typos and bad grammar. There isn't as much tongue-in-cheek humor in this second entry of this sci-fi series and some of the playful writing style has been reduced but it's still a fun read. I am looking forward to the next installment, and I hope a little more time is spent on editing the next e-book in the series.
Update: The Author has informed me the errors have been corrected. Which also tells me he cares about the quality of the work. For that reason I've now given the book 5 stars instead of 4.

J. Perez
3.0 out of 5 stars The Gambit Starts With a Bang and Ends in a Fizzle
Reviewed in the United States on February 10, 2015
Verified Purchase
I hope you find this review USEFUL.

What I would have liked to know before I bought this book. (minor spoilers)

1. What type of book is it: adventure, action, drama, etc? This is a swashbuckling sci-fi space opera parody.

2. What is the story about, in general? The story is about Jason Montagne and the adventures of the Lucky Clover. His crew is mutinous, disloyal, unhealthy and cantankerous. Oh, and if a hostile crew, hostile aliens, hostile pirates, and hostile natives aren’t enough, there is the semi-hostile wife and family.

4. How is the proofreading? Average. There (is) sporadic (sporadic) proofreading mistakes that appear at the (muse) inconvenient (moments.It) kept me (of) pace.

5. Is there character development or exploration? Many of the characters are explored. The important characters have unique, even extreme, personalities that fit particular comedic roles. One, and only one, antagonist had multiple levels beyond rabid opposition. The rest were one dimensional, and not even funny.

6. Are the characters likable? Yes and no. Akantha is beginning to be more irritating than amusing. Bethany is downright hateful. I don’t mean just hateful in the story, but hateful as a character. She’s so one dimensional and venomous that I dreaded reading her. She sucks the ‘funny’ out of the story. The main protagonist usually turns into a whinny little snot around them, simply accepting monumental amounts of verbal abuse. Ouch.

7. Do you have to suspend disbelief? Though it is a parody, there are ‘idiot ball’ moments that broke my story immersion because said moments weren’t funny and also because they results were illogical. It’s as if this book is trying to transition into more legitimate space opera and abandoning parody behind, but is having transition goofs.

8. Does the story keep its pacing? It’s a fun ride. Don’t expect more than cursory logic. The tactics are childish and improbable. A lot of events are simply funny or just silly enough to entertain. Sadly, the exceptions are starting to become ‘the rule’. The book ends with a surprise, but it really gets muddled down with heaps of political drama after the 50 percent mark. The space opera takes back burner to the SAME sort of on Akantha's world, and only gets back on track close to the end.

A. The repetitive ‘Point Emergence’ scenes. For some reason, the author spent slavish time on them; over … and over … and over. They are used as an allusion to the growing competence of the crew. After the third time, I happily glossed over them.
B. The procrastination in many conversations with the medical doctor, Bethany and Arkhanas. It takes pages of innuendo and hesitation before the characters get to the point. Once more, I began skipping, hoping to get to said ‘point’. Sadly, many times, the procrastination and emphasis on the lack of respect WAS the point.

9. Is the book worth the asking price? I bought this book for 99 cents. I think that’s super cheap.

In conclusion: This book is less of a parody and more of a serious swashbuckling space opera. That doesn’t mean ridiculous, cliché, and unbelievable elements aren’t present. It means that, if the trend continues in the next books, eventually those elements will have to be considered as flaws and not merely humor affectations. On this volume, I would say the elements are on the border of becoming flaws. The ending is interesting, a little telegraphed, but interesting. The action actually whines down as the reader gets closer to the end. Inversely, the political tension revs up. The proofreading is average, with more than a share of errors. The price is cheap at $.99. Though the humor is slowly being leeched from the series, this volume is still amusing enough to entertain. I worry that the parody will completely fade away, as that’s part of the series’ charm. Lastly, this is the second volume where the story action 'revs down' as it gets closer to the end, even before it hits the climax. Not sure how other readers will take that. You'll have to choose if that's your thing.

A. Jones
3.0 out of 5 stars No improvement
Reviewed in the United Kingdom on August 23, 2014
Verified Purchase
As with Admiral Who? I liked the plot and characters, but there's still lots of repetitious and redundant wording (nothing short of, now more than a...) and far too many cliches my taste. I can't read any more of their writing unless someone can point me at one that's had the repetition and cliches edited out - because I do like the characters and the plot.
Read more
Report abuse

Kindle Customer
5.0 out of 5 stars Enjoyable
Reviewed in the United Kingdom on May 7, 2018
Verified Purchase
Give this series a try.
Read more
Report abuse

A READE
5.0 out of 5 stars Excellent.
Reviewed in the United Kingdom on January 11, 2013
Verified Purchase
Fast paced space opera type story. Well written and entertaining. Once started I didn't want to put it down. Looking forward to the next instalment.
Read more
Report abuse

Julie
3.0 out of 5 stars OK read
Reviewed in the United Kingdom on March 20, 2013
Verified Purchase
It is a bit slow and I find the continued lack of confidence in the Admiral rather tedious. More character development would help the book they are rather two dimensional.
Read more
Report abuse
See all reviews