Adoptees: We Are Not Who They Think We Are and millions of other books are available for Amazon Kindle. Learn more
Share 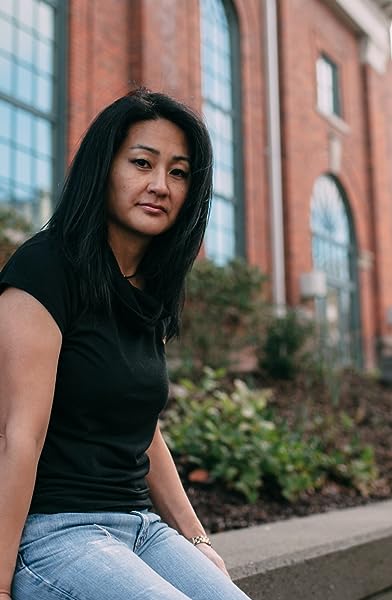 "The admittedly concise collection of short articles compiled by Janine Myung Ja in the booklet Adoptees: We Are Not Who They Think We Are, while meant to introduce readers to the often-volatile subject of Adoptee Rights, actually delivers a huge and revealing punch way beyond its modestly stated agenda of presenting the alternative point-of-view to the more commonly accepted wisdom stated by professional adoptive institutions. The author is an active, compassionate voice for adoptees in general, asserting their basic and essential human rights - especially the right to be heard. One such revealing counterpoint of view: "Wisdom gained from experiences like hers provide evidence that poverty-stricken children do not have to be taken out of their dire situation, or nation of birth, to be happy."
Including personal background information as well as story excerpts from other interested parties, Janine Myung Ja does not resort to angry diatribe in Adoptees. Rather, she presents a compelling, rational, highly-researched foundation for advocating an evolutionary appraisal of the adoption world, followed by an equal inclusion of adoptee voices in creating positive change in the system...  Prepare to have your comfortable preconceptions challenged. Plan to be grateful for these highly illustrative writings of Janine Myung Ja."  Reviewed by JOEL R. DENNSTEDT

Janine writes about her journey of discovery in a relaxed, conversational style, in a present tense first person voice, and this draws the reader into the conversation. The style is immediate and immersive. Janine's love for her adoptive parents is very clear. ...Subsequent chapters are contributed by adoptees, also writing in the first person, and this enables the reader to feel as if they are sitting having a chat with the person relating their story...

Janine advocates for the right of adoptees to retain their own documentation, not to have their previous existence 'wiped out' by the stroke of a bureaucratic pen... Janine calls upon adoptees and readers, in fact, to trust themselves and their instincts, to open their minds and to value themselves, not to look to others for validation.

...Janine is a staunch and passionately vocal advocate for the rights of adoptees... This book will make you reconsider what you thought you knew about adoption. " ~ Reviewed by FIONA INGRAM

"Janine Myung Ja's Adoptees: We Are Not Who They Think We Are is an informative and revealing book that deals with the social issue of inter-country adoption. An adoptee herself, the author certainly knows what she's writing about. This is a book that tries to collect the various stories of adopted children from Korea, Africa, India and other countries, ending up in cultures and countries that are a world apart from where they originally come from. It also exposes the problematic adoption system that leaves some adoptees deprived of their basic human rights. Designed to inform all adoptees of their emotional and legal rights, this book tackles an issue that is mostly neglected by lawmakers from all over the world. And these are highly interesting and revealing stories that the whole world should know about!"  Reviewed by MARIA BELTRAN

This is a book that looks at an entirely different side of the world of adoption. While many people think that they are saving these children, who would otherwise be entirely unwanted or neglected, there is an epidemic of adoption trafficking and children who have been ripped from the arms of loving and caring parents for a completely new life. The stories of these children and what their lives have become, whether with a healthy and happy home or a traumatic and dangerous one, are stories that need to be told..." Reviewed by SAMANTHA DEWITT (RIVERA)

I've also included a free bonus book called Three Wise Men, One Progressive Woman inside the paperback version of Adoptees. If you're tired of the opinions given by adoptive mothers on how to "adoption healing," you might want to take a look at this rare perspective heavily biased on the natural rights of all humans -- including the rights of indigenous communities NOT to have their children permanently separated from them by adoption profiteers. Come find me at Goodreads!
Read more

Are you tired of the adoption special interest groups talking about adoption from their point of view while adult adoptees are regularly ousted from the conversation? Are you appalled by adoption books written by adoptive parents with ties to evangelical faith-based groups that perpetuate harmful stereotypes about adoptees? Why not consider a different point of view? Janine presents a rare perspective, which has yet to be heard and acknowledged by those who have built and maintain the child market.

This book is recommended for those of us who are tired of adoption profiteers trying to monopolize the narrative. If you are looking for a perspective that takes your rights into consideration, you might find value in Janine Myung Ja's rEvolutionary Adoptee Collective.

Janine offers a view of adoption birthed from the agency's back doors. Agencies have been making children available by describing them to be "obedient" or "pretty, with wide brown eyes, pouting mouth, and long dark hair," or "a pretty girl, who spent the first 11 of her 12 years in an orphanage." Adoption profiteers that market the children in such a matter do nothing to advocate for the rights of the child. Describing little girls as pretty or cute or obedient are harmful and perpetuates the stigma against the adoptee into adulthood, preventing the adoptee rights activists from making progress.

If you are tired of adoptive mothers getting all the glory when it comes to the topic of adoption, check out Janine's books for a birds-eye view. All you can ever know about adoption from the cofounder of Adoption Truth & Transparency Worldwide Network and a Readers' Favorite gold-medal international first-place winner in four categories including young adult religious theme, non-fiction, social/political theme, and anthology.

Read more
Start reading Adoptees: We Are Not Who They Think We Are on your Kindle in under a minute.