You've subscribed to The Adrian Hell Series! We will preorder your items within 24 hours of when they become available. When new books are released, we'll charge your default payment method for the lowest price available during the pre-order period.
Update your device or payment method, cancel individual pre-orders or your subscription at
Your Memberships & Subscriptions
There was an error. We were unable to process your subscription due to an error. Please refresh and try again. 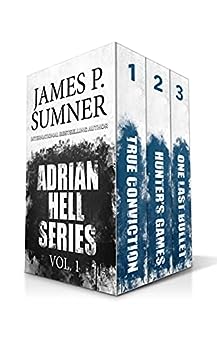 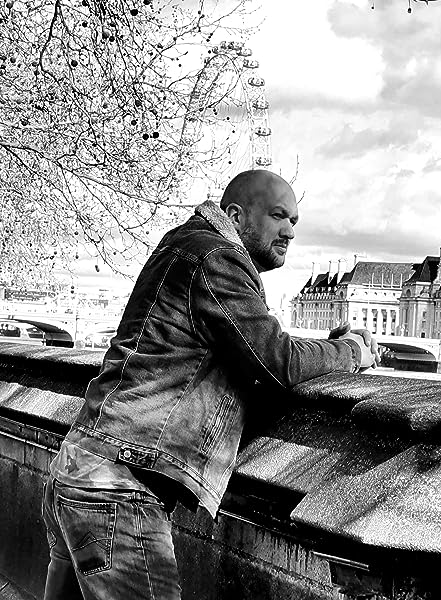 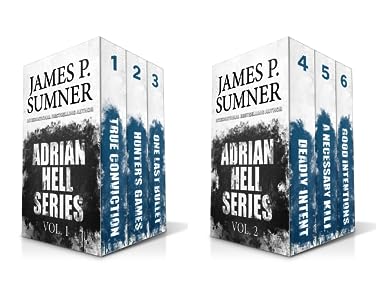 4.3 out of 5 stars
4.3 out of 5
295 global ratings
How are ratings calculated?
To calculate the overall star rating and percentage breakdown by star, we don’t use a simple average. Instead, our system considers things like how recent a review is and if the reviewer bought the item on Amazon. It also analyzes reviews to verify trustworthiness.
Top reviews

Headed South
4.0 out of 5 stars Adrian Hell is more fun than Jack Reacher
Reviewed in the United States on November 16, 2016
Verified Purchase
Most books in this genre are written by people who really don't know much about guns, etc. (seems a lot of Englishmen are into this) and these books are fairly typical in that the author writes about being shot and losing a lot of blood and putting on a band aide and taking off. Sorry but it doesn't work that way. And Adrian Hell has got to be the biggest sucker out there. But the books sucked me in and I enjoyed reading them and will probably look into more of his work. At least he, unlike Lee Child, doesn't write BS about obtaining illegal weapons at the corner drug store
Read more
2 people found this helpful
Helpful
Report abuse

Thomas D. John
5.0 out of 5 stars An engaging and fun series.
Reviewed in the United States on April 25, 2017
Verified Purchase
I purchased the Adrian Hell series, books 1-3 because the premise seemed interesting. I found all three books to be tightly written, and fun. Not only was the action fast paced, the characters were interesting and engaging. Adrian and his partner Josh partnered together in a clandestine unit for the government, but now, Adrian is a hitman for hire. Josh provides the technical background and support for Adrian, while Adrian performs the hits. I found the camaraderie highly enjoyable, and the dialogue was excellent. There is a back story. Adrian was married, but after taking out the son of a mobster, the mobster takes revenge by murdering his wife and daughter. The stories link together, and we are introduced to very engaging characters and villains, as well as stumbling into a plot to support terrorism abroad. It's a highly interesting mix of tactical skills and situations with dealing with unsavory criminals. I really found the series entertaining, and it is a fascinating take on the hit man scenario when the hit man has a moral compass.
Read more
One person found this helpful
Helpful
Report abuse

Kirk Knudsen
3.0 out of 5 stars Not great attention to detail
Reviewed in the United States on December 10, 2019
Verified Purchase
I have not finished the whole set yet, but am about 1.5 books into it so far. The books are readable, but the author doesn't pay attention to important details. For example this "amazing assassin" does not carry his weapons chambered, which makes no sense for someone constantly under threat and who needs to use stealth. Some of the scenes are really big to the point of ridiculous in terms of what would happen in real life. I doubt my rating will get higher if I read more, but it might get lower.
Read more
Helpful
Report abuse

airline reader
4.0 out of 5 stars A different look at a crime drama--the hired killer.
Reviewed in the United States on December 29, 2016
Verified Purchase
At first it was a little difficult to get into the story line. There were many areas of the first of the three books that were not completely understandable. It got better as it went along and by the time I got through the second and third books it made more sense. But when I read the novelette at the end of the third book, it all came together. I think I would have understood and enjoyed the three books more if the novelette had been the first thing I read--how Adrian Hell became the person that he is.
Read more
One person found this helpful
Helpful
Report abuse

Deb
3.0 out of 5 stars I thought it was so so
Reviewed in the United States on March 9, 2017
Verified Purchase
This character reminds me of someone loosely based on Jack Reacher, but on the other side of the fence. Some of the story is good, but my personal opinion is that it is a tad too dramatic. Some unbelievable crazy events are fine to keep the excitement, but to have the character face one unsurmountable obstacle after another and always come out on top gets old. I do like the premise that this is a serial killer that appears to have a moral compass......sort of like the tween vampire stories where they only drink the blood of animals and try to protect the humans.
Read more
Helpful
Report abuse

Java Joe
3.0 out of 5 stars Too much F-Bomb!
Reviewed in the United States on August 6, 2017
Verified Purchase
Really enjoy the relationship of Adrian and Josh, especially the back and forth.
I do NOT enjoy the f-bomb that has continued to become more prevalent
as the series has gone on. It is totally unnecessary. The meaning of the story
still has a plot without the extra language!
If Mr. Sumner deems it necessary to write with excessive cursing, I see no
reason to continue purchasing his books.
Read more
One person found this helpful
Helpful
Report abuse

Richard
4.0 out of 5 stars Worth Reading
Reviewed in the United States on May 20, 2021
Verified Purchase
I don’t give that title to most of the thrillers I read. The novels are worth the time and effort. Yes, I would change a few things if I were the author. Having read the first three novels, I will soon start on the 4th.
Read more
Helpful
Report abuse

Manie Kilian
4.0 out of 5 stars A fury from hell.
Reviewed in the United States on March 27, 2017
Verified Purchase
Wilson Trent ten years ago killed the wife and daughter of Adrian Hughes in retaliation for the death of his son.
His world having ended, Adrian Hughes fled and then became Adrian Hell, an assassin of renown, all the time preparing to become the doom of William Trent.
Along the way he became a legend. Unstoppable. Merciless. The scourge of thugs. Somehow, he also saves his country along the way from international terrorism against impossible odds.
But in the end it is Pittsburgh that beckons. It is about closure. And a final reckoning.
Read more
Helpful
Report abuse
See all reviews

Kindle Customer
3.0 out of 5 stars Fair
Reviewed in the United Kingdom on July 30, 2019
Verified Purchase
This is an ok action story but to honest too unbelievable to be taken seriously. The hero, Adrian Hell is virtually Superman leaving a trail of bodies behind that is totally ridiculous. He goes around causing mayhem and chaos often in completely public situations, in one case a full football stadium, and walking away without causing any apparent interest from the forces of law and order. I won't bother trying to explain the plot as its secondary to the action. Fine as a bit of escapism but not as a serious thriller.
Read more
Report abuse

M. D. Green
5.0 out of 5 stars I love Adrian Hell
Reviewed in the United Kingdom on May 12, 2017
Verified Purchase
I love Adrian Hell!!! What a fabulous character. I was given two free downloads of The Adrian Hell novellas which i read in less than a day and was so hooked that i immediately bought this set which i have just finished. Everything about them is gripping. You get a free book with this set which is how it all started. I do wish it had been at the beginning not at the end but what the heck! Didn't detract from my enjoyment one iota and explained how he and Josh met. The writing is so good it was like watching an action movie in my head. James, you are truly one of the greats as far as i'm concerned. Loved it so much, that when i finished i had to buy the next set as well!!
Read more
One person found this helpful
Report abuse

F. Reynolds
4.0 out of 5 stars Enjoyed them
Reviewed in the United Kingdom on June 8, 2017
Verified Purchase
Enjoyable read if you like a hero beating impossible odds (& I do)! Adrien is a bad guy - a contract killer - but has a heart in the right place, and although many people seem to die along the way his contracts are other bad guys and somehow he helps out the rest of humanity in the process. I enjoyed the friendship between him and his wingman, Josh. Not quite up there with Lee Child or Scott Marianni in my view but giving them a good run and I enjoyed the first three books enough to buy the box set of the next three.
Read more
Report abuse

Eckmo
5.0 out of 5 stars Awesome!
Reviewed in the United Kingdom on August 25, 2020
Verified Purchase
Quite simply awesome. Been a while since I've felt so pulled in by a book or a character. I've now a new hero along with Joe Pike, Jack Reacher and John Milton. Esteemed company if your as avid a reader as I am of this genre. Try reading these and the rest of the series by the author you won't be sorry
Read more
Report abuse

Richard Philpot
1.0 out of 5 stars Just don't...
Reviewed in the United Kingdom on June 4, 2017
Verified Purchase
I didn't get very far into this book. It's badly written and revolves around the main character telling you how good he is at everything. In a good book this would be demonstrated through situations and actions. In these books it's just character boasting which is hard to take as the language smacks of someone who could have used a few more years schooling. If your looking for a Reacher style fix I would recommend you try the John Milton series by Mark Dawson. Don't get suckered in like I did.
Read more
One person found this helpful
Report abuse
See all reviews