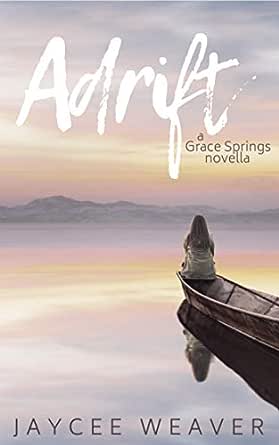 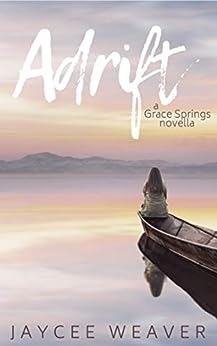 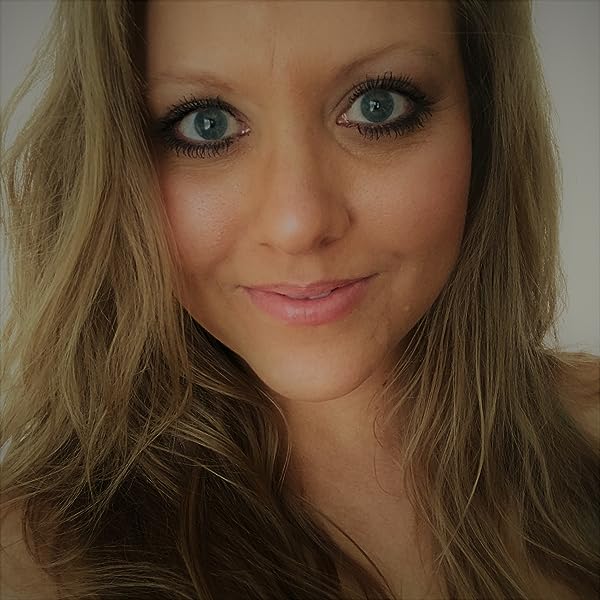 4.7 out of 5 stars
4.7 out of 5
43 customer ratings
How does Amazon calculate star ratings?
Amazon calculates a product’s star ratings based on a machine learned model instead of a raw data average. The model takes into account factors including the age of a rating, whether the ratings are from verified purchasers, and factors that establish reviewer trustworthiness.
Top reviews

Andrea
5.0 out of 5 stars One of my top 10 reads of the year!
Reviewed in the United States on October 1, 2018
Verified Purchase
This little novella really packs a punch. Wow! Good from beginning to end. Even that one line that ripped an unexpected sob right out of my chest. Really, wow. The writing style of this one sort of reminds me of Jennifer Rodewald's. I highly recommend.
Read more
5 people found this helpful
Helpful
Comment Report abuse

Glynn Young
TOP 1000 REVIEWERVINE VOICE
5.0 out of 5 stars A relationship born, threatened, and ultimately resolved
Reviewed in the United States on June 12, 2019
Verified Purchase
Erin is in her mid-30s, the mother of two teenaged children, and mourning the death of her husband, Jonah. Life wasn’t supposed to turn out this way, with moments and sometimes days of overwhelming grief punctuated by the reality of providing for a family and running a fly-fishing shop. By herself.

Erin and Jonah had invested in the shop as a way for Jonah to leave his father’s company. He had been increasingly suffocated in his corporate job, and the fly fishing shop was a means to break free. After his death, it’s all Erin can do to hold on.

That is, until a customer walks into the shop one day, and he’s looking for outdoors clothes for an upcoming retreat scheduled by his boss. His name is Lucas, and Erin is immediately convinced he must have been a male model, with dimples that imply “heartbreaker.”

In spite of herself, she’s attracted, in a big way. So is Lucas. They find they have a lot of things in common, including attending the same church, though they’ve never met. Erin’s kids like him as well. And she finds herself becoming increasingly involved with a man she’s falling in love with.

Except Lucas harbors a secret.

“Adrift” by Jaycee Weaver is the story of Erin and Lucas, and how a second chance at love becomes threatened by what happened during the first love. It’s a novella in length, and it’s an engaging and well-told story.

Weaver has published several Christian fiction romances, including “Whatever Comes Our Way,” “Love, Laughter, and Luminaries,” and “What Makes a Home.” She lives in New Mexico.

“Adrift” is the story of a relationship born, threatened, and ultimately resolved. It’s a “I have to read this in one sitting to see what happens next” kind of story, and its novella length makes that possible.
Read more
Helpful
Comment Report abuse

Caitlyn Santi
5.0 out of 5 stars An Absolutely Beautiful Must Read!!!
Reviewed in the United States on May 31, 2020
Verified Purchase
Wow! This is such a touching and beautiful story! Erin is a character that I instantly liked and was cheering for. The imagery in this book is absolutely stunning and pours directly into the soul of the reader! This story is brilliantly written in a style that is lyrical, and poetic, and I absolutely loved the descriptive water related words woven into the narrative!
This book is overflowing with the hope that can only be found in Jesus, the One who calms the seas!
Adrift is an absolutely magnificent novella about healing, as well as a beautiful love story!
Read this book, it will touch your heart!
I absolutely loved Adrift and most highly recommend it! This was my first read from Jaycee Weaver and she has now become one of my favorite authors! 😍
Read more
Helpful
Comment Report abuse

Ellen Oceanside
TOP 1000 REVIEWER
4.0 out of 5 stars NEW CHALLENGES
Reviewed in the United States on April 21, 2019
Verified Purchase
Her business a small sporting good store with the retired guys help keep it afloat. They meet all year long, and fill her shop with life and a purpose. Four years since Jonah died, and she has now been raising their 2 teenagers. A stranger comes in for help, with a company outing of outdoor activities, and he has no idea of what he needs. She notices him, and then realizes he has dimples when he grins like her husband had also. With dreams, and her strong faith, she is ready to meet the challenges now, a beautiful love story.
Read more
One person found this helpful
Helpful
Comment Report abuse

MF Literary Works
5.0 out of 5 stars Sweet Story of Restored Hope and Love
Reviewed in the United States on April 27, 2019
Verified Purchase
This story is a beautiful tale of a life dealing with a deep loss.
It's one of wonderful hope in God's ever presence and loving care.
Erin is a woman who's lost the love of her life at a very young age. Being left with the care of two teens and a small fishing store. Can she stop just drifting through her life and really live? Does she want to? What are these new feelings developing in her?
Jaycee Weaver is a wonderful author who brings the story to life. She has a sweet way out showing us the love God has for us.
I highly recommend you pick this book up.
I was given this book by the author for a honest review. All opinions are my own.
Read more
Helpful
Comment Report abuse

Erin is grieving the death of her husband and feels “adrift” much of the time. The story is emotional at times, potential for new beginnings and healing all in God’s timing. I like the characters and how Erin and Lucas meet and eventually fall in love. A sweet story.

~I bought an e-book and won a copy of this book from the author/publisher (no monetary gain were exchanged), this is my honest review~
Read more
Helpful
Comment Report abuse

KBreviewer
5.0 out of 5 stars Beautiful story
Reviewed in the United States on January 20, 2020
Verified Purchase
This was a really good story about trusting God through our hardships. Erin is a widowed mom of two who is struggling with the responsibilities of life. Ever since she lost her husband she has been treading water, barely staying afloat. Lucas enters her life and throws her for a loop. Is she ready for a relationship? Thankfully she turns to God to help her through her response to this question. It was a beautifully written story of new love.
Read more
Helpful
Comment Report abuse

Ann Ferri
4.0 out of 5 stars Very heart warming story!
Reviewed in the United States on January 17, 2019
Verified Purchase
This is a very heart warming story. You can feel all the emotions of the people in the book and see the scenery in your mind. I enjoyed every minute of this book. You won't regret getting this book!
Read more
2 people found this helpful
Helpful
Comment Report abuse
See all reviews from the United States

Mum of two
5.0 out of 5 stars A moving novella
Reviewed in the United Kingdom on October 24, 2018
Verified Purchase
A beautiful short story which deals sensitively with the loss of a loved one and the grief you find yourself in. Adrift, often without a purpose. But there is One who anchors us, guides us and provides for us.
This sweet love story is a beautiful analogy of how Jesus guides us through troubled waters, leading us to a place of peace only He can provide.
Read more
Helpful
Sending feedback...
Thank you for your feedback.
Sorry, we failed to record your vote. Please try again
Report abuse

Fiction Aficionado
5.0 out of 5 stars Very satisfying and a quick read
Reviewed in Australia on October 4, 2018
Verified Purchase
Wow. What an amazing little novella. I’ll admit my opinion of novellas has improved in recent years, but it’s still a rare pleasure to find a novella that can deliver such an emotionally satisfying story in such a short space of time—and this one was shorter than many, taking a bit under an hour to read.

But the imagery! That’s what really blew this story out of the water, if you’ll forgive the completely intentional pun. So vivid and meaningful, following Erin’s journey from feeling adrift and struggling to keep her head above water to . . . well, I let you discover that for yourself.

And the romance was beautifully paced too—no mean feat considering the character's circumstances and the length of the story. Just an excellent read all ‘round.
Read more
Helpful
Sending feedback...
Thank you for your feedback.
Sorry, we failed to record your vote. Please try again
Report abuse

K. Edwards
5.0 out of 5 stars Fantastic!
Reviewed in Australia on April 25, 2019
Verified Purchase
This is my first read of Jaycee Weaver's - absolutely loved it! Such emotive writing, drawing you fully into the story.
Read more
Helpful
Sending feedback...
Thank you for your feedback.
Sorry, we failed to record your vote. Please try again
Report abuse