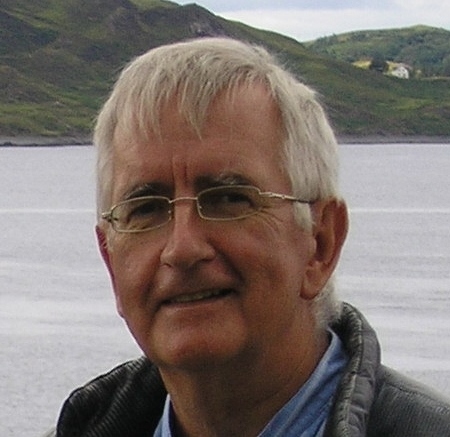 Unhappy Beast sets out to involve the shining soul of Beauty in his spiritual rebirth . . .

When a stranger in a bar loudly comments on her appearance, Chloe Lambert can only assume that  the remark which cut her to the bone was for him simply a casual aside. Park Delafield, however, at once struck down for his savagery by a friend of Chloe's, is visited in his humiliation by the insight that only the love of the woman he has offended can redeem the despicable individual he has become. He sets out to win Chloe but she, bewildered by his attentions and repelled by his egotism, wants no part in his quest. Until his tireless persistence, combined with her own curiosity about his true personality and motives, soften her distrust of his sincerity. Warily she allows him into her life, thus seeding hurricanes of self-discovery, reckless commitment, and searing betrayal through which all involved journey toward disaster . . . or liberation and redemption.

Work in progress. Neil M Campbell is currently developing a novel in which a hypochondriac psychiatrist begins to frequent on-line casinos in search of relief from the anxiety and torment induced by her condition - only to fall victim to an all consuming gambling addiction. The novel explores her struggle as she strives to resolve her dilemma, overcome the ravages of these interacting afflictions in the face of impending personal catastrophe.
Read more

Start reading The Advent of Lena, A Tale of Beauty and the Beast on your Kindle in under a minute.

3.3 out of 5 stars
3.3 out of 5
21 global ratings
How are ratings calculated?
To calculate the overall star rating and percentage breakdown by star, we don’t use a simple average. Instead, our system considers things like how recent a review is and if the reviewer bought the item on Amazon. It also analyzes reviews to verify trustworthiness.
Top reviews

DT
3.0 out of 5 stars Classic tale
Reviewed in the United States on August 2, 2017
Verified Purchase
Beauty and the Beast is an intriguing tale. This story is about Chloe who is ugly on the outside and beautiful on the inside. Park is the opposite and they meet when he makes a careless remark about her looks. He longs to be less superficial and decides that he can only find redemption with her and they begin a friendship which deepens into a relationship. Somehow, I didn’t buy it, though he continues to sleep with other women whom he can’t seem to resist. Some of the “good” characters didn’t seem likable to me. I especially didn’t like Chloe’s friend, Eddie and her alias, Lena is never fully explained. There were minor errors and the writing style was difficult to read with convoluted and partial sentences and several points of view to follow. I expected a more dramatic ending but thought it was good and appreciate the author’s take on this classic.
Read more
Helpful
Comment Report abuse

Sabaah ZJR
5.0 out of 5 stars Great Twist on an Old Tale
Reviewed in the United States on May 30, 2013
Verified Purchase
I know some people out there have given this a negative review, but I found this to be a refreshing twist on the "Beauty & the Beast" story. Yeah, the good looking male character is a jerk and his motives for seeking out Chloe are purely based on selfish reasons, but throughout the story, he changes. Maybe not as quickly as some would like to see, but he changes slowly in a realistic and believable way. Once he truly "sees" Chloe for who she is-funny, smart, adorably quirky-her looks start to not matter for him. Even when he screws up towards the end and sleeps with a woman whom he doesn't like (lusts after-a bit, but he really doesn't like her), he really does love Chloe. But he's human and therefore, flawed. You get to see his other twisted relationships and how those were wrong not only for him, but for those women as well. Chloe is probably the first and only woman he has been honest with when he does confess all to her. And that is what makes the ending so bittersweet. He does love her at the end and even though they are no longer together (due to his mistakes and his hurtful actions), there is a sense of HOPE at the end. Chloe doesn't forsake him, she doesn't reject him; she listens to him and let's him know that they need to get to know each other all over again and she needs to be able to trust him. But, she cares for him and she can tell that he does care for her. The author has truly shown that while we as a society judge others by how they look, there are those who can learn and do learn to look beyond the superficial. At the end of the story, in my mind, they end up together and get their happy ending. While it may not be a "happily ever after" all the time, I do feel that it's a "happily ever after" for most of it. Kudos for the author to show that it's who someone is inside that can make us happy and not looks. Looks fade but souls don't.
Read more
4 people found this helpful
Helpful
Comment Report abuse

Danielle
4.0 out of 5 stars Advent
Reviewed in the United States on April 26, 2011
Verified Purchase
This takes the Disney tale and turns it upside down. All the characters have some sort of obsession, besides Chloe, the heroine. When I began reading this, I thought Chloe was the beast because she is described as being so hideous. However, it turns out that Park, who is described as being handsome, is truly the beast with all the very bad decisions he makes. Even though at times I wanted to throw the book across the room after reading about one of Park's shenanigans, I found that I wanted to see him make a shift in his personality. I will not tell you the ending, but to say that it will take all your pre-conceived notions of what Beauty and the Beast is all about and throw them out the window. Worth a read? For sure!
Read more
One person found this helpful
Helpful
Comment Report abuse

MagSam
2.0 out of 5 stars Very Depressing
Reviewed in the United States on January 27, 2014
Verified Purchase
What a waste of my reading time. Yes, it was obvious that Park was truly a beast and poor Chloe was the spiritual beauty. I forced myself to finish the book hoping there would be redemption for Park. By the end of the book, I couldn't care less if he found redemption or not...I was just glad the novel was over.

This novel was depressing to say the least. Totally unconvinced that Park even deserved redemption and Chloe was too much of a wimp to tell him to hit the road. None of the characters were particularly likeable so I failed to connect very well with the story.

Kindle Customer
4.0 out of 5 stars Great read
Reviewed in the United States on February 8, 2013
Verified Purchase
It was an easy read, well written. How ever it was not believable. Who would do and say some of the things that the lead male character did? All in all it was a joy to read. I am looking forward to the more from this writer
Read more
2 people found this helpful
Helpful
Comment Report abuse

Missy A
3.0 out of 5 stars Not what I thought
Reviewed in the United States on January 8, 2013
Verified Purchase
Definitely not what I was expecting. I found this book to be more about a man confused about his wants and desires than an actual romance. It is from the male point of view and I continually found myself wanting to punch him just as Eddie did in the beginning of the story.
Read more
Helpful
Comment Report abuse

Amazon Customer
1.0 out of 5 stars Reads like mediocre fanfic.
Reviewed in the United States on April 2, 2011
Verified Purchase
I think making the characaters unlikable was an attempt to make the story more complex.
I kept reading and reading, hoping to find any redeeming quality, but to no avail. I just don't understand why it gets rave reviews.
The protagonist is described as astonishingly ugly, but her mom is in hospice & she has a lot of friends, so she's got 'true beauty', and the antagonist is a supposedly mesmerizingly handsome, yet shallow man. Add pointless sub-plots & that's about it.
I really tried to like this, but the part of my mind that embraces all good and enjoyable literature rejected it.
Read more
4 people found this helpful
Helpful
Comment Report abuse
See all reviews